The leopards were shipped to Germany on Wednesday to be quarantined before one is transferred to Denmark, according to Seoul Grand Park, which houses the zoo.

One leopard will be sent to join a male of the same species at the Tierpark Hagenbeck zoo in Hamburg, Germany. The other will join two males and two females at Ree Park Safari in Denmark. 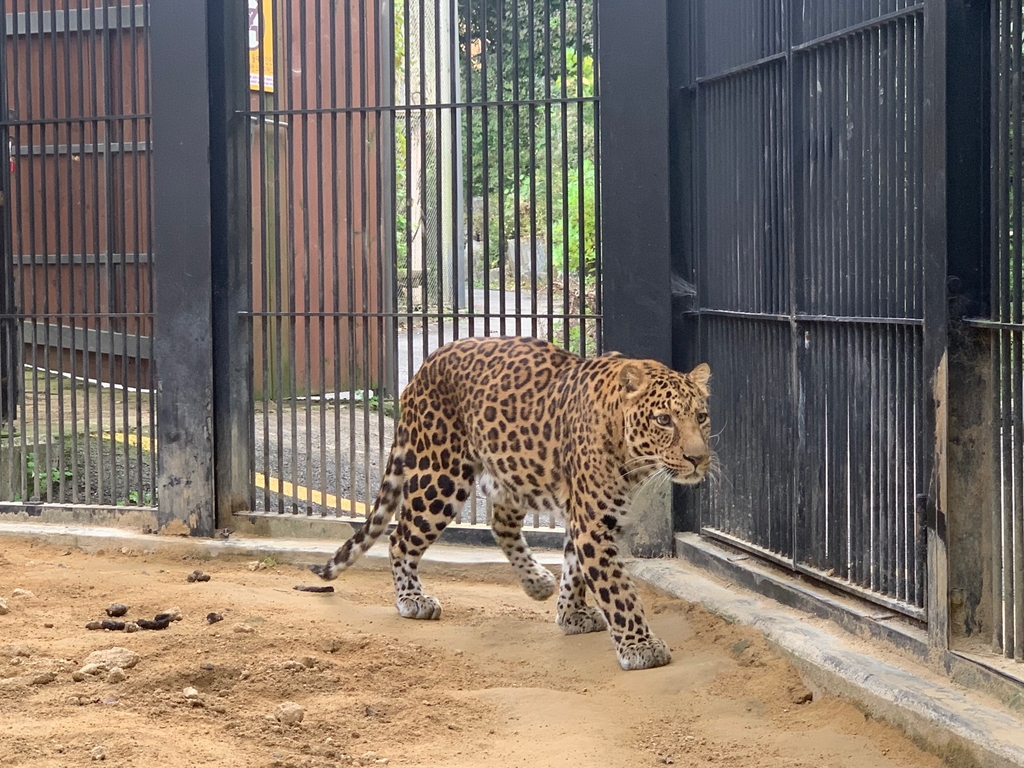 "We played a role in conserving a species by taking part in an international program to protect the North Chinese leopard," the zoo's chief, Eo Gyeong-yeon, said, noting that it is the first such case in South Korea.

There are only 49 North Chinese leopards in zoos around the world, making it the most endangered of all leopards, according to the park.

The transfer was made possible through the European Association of Zoos and Aquaria.

Seoul Zoo also has two Amur leopards, an endangered species that used to live on the Korean Peninsula.

The zoo plans to bring in more of those leopards as part of conservation efforts. There are only 291 such leopards in zoos worldwide.