SEOUL, Oct. 22 (Yonhap) -- President Moon Jae-in held phone talks Thursday with the leaders of Kazakhstan and Chile in his latest round of diplomacy to secure support for South Korean Trade Minister Yoo Myung-hee's bid for the top post of the World Trade Organization (WTO).

Moon has so far spoken by phone with the leaders of 13 countries to ask for their backing for Yoo who is competing with Ngozi Okonjo-Iweala of Nigeria in the final round for the selection process. The new WTO chief is expected to be announced early next month.

In the phone conversation with Kazakh President Kassym-Jomart Tokayev, Moon stressed that it is important that the top WTO post should be given to the candidate with capabilities and a vision to restore the trust in a multilateral trading system.

Moon then called for Kazakhstan's support for Yoo, noting that the country is a core partner for South Korea's New Northern Policy aimed at strengthening diplomatic and economic relations with Central Asia and Russia.

Later in the day, Moon talked over the phone with Chilean President Sebastian Pinera to call for Chile's backing for Yoo's campaign in the WTO leadership race. 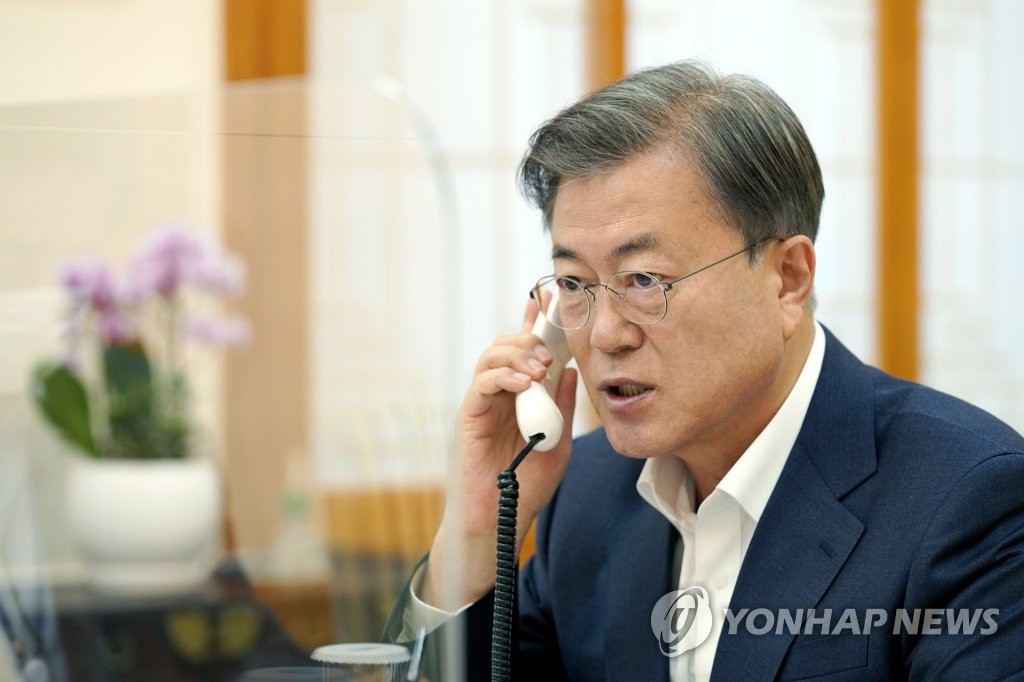