SEOUL, Oct. 23 (Yonhap) -- South Korea can deter and respond to threats from North Korea based on its combined defense posture with the United States, the defense chief said Friday, weeks after the North unveiled new weapons in a recent military parade.

Defense Minister Suh Wook made the remark during a parliamentary audit session, referring to North Korea's tension-raising moves such as the unveiling of a new intercontinental ballistic missile (ICBM) during a recent military parade.

"Based on the South Korea-U.S. combined defense posture, we have the capabilities to deter and respond to North Korea and other neighboring countries," the minister said.

On Oct. 10, North Korea held the parade in Pyongyang to mark the 75th founding anniversary of its ruling Workers' Party, showcasing a new ICBM and a submarine-launched ballistic missile (SLBM), along with other weapons.

The chief of the state-run Agency for Defense Development, Nam Sae-kyu, earlier said North Korea is developing its missile capabilities at a pace much faster than expected, significantly narrowing the gap in weapons technology with South Korea. 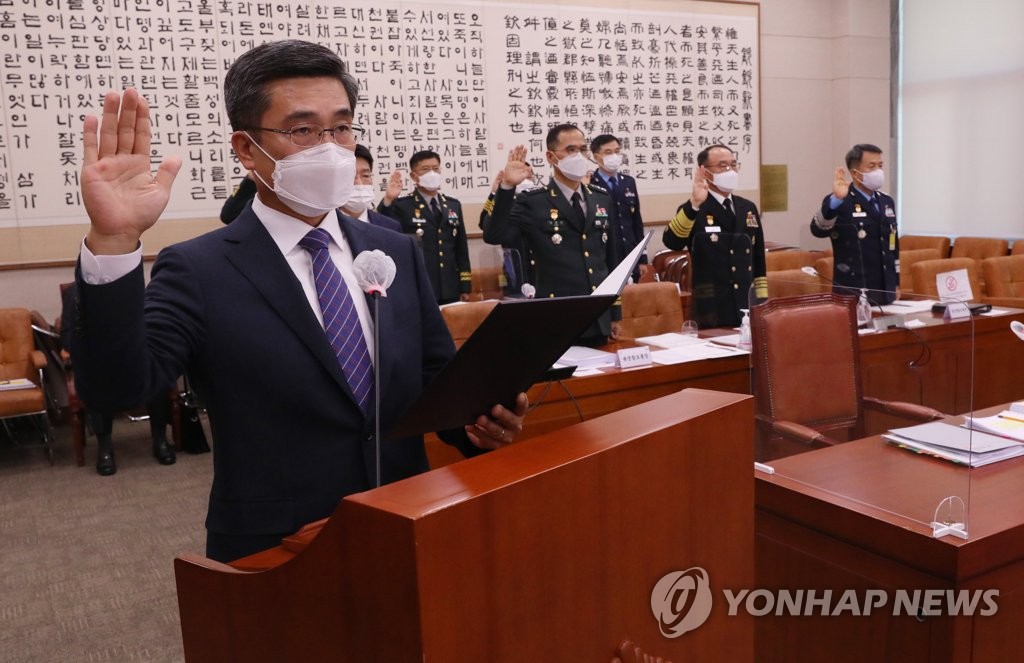