SEOUL, Oct. 23 (Yonhap) -- South Koreans gave their country a score of nearly 70 out of a possible 100 points when it comes to the society-wide response to the coronavirus pandemic, a poll showed Friday.

According to the poll of 2,247 people nationwide conducted by public broadcaster KBS from Sept. 11-16, South Korean society's response and quarantine efforts against COVID-19 received a score of 67.

Scores given by the survey participants differed widely depending on their ages and professions.

Respondents in their 20s awarded an average score of 59, while students assessed the score at 56. By contrast, people in their 40s, white-collar workers and full-time housewives gave higher marks ranging from 69 to 71. 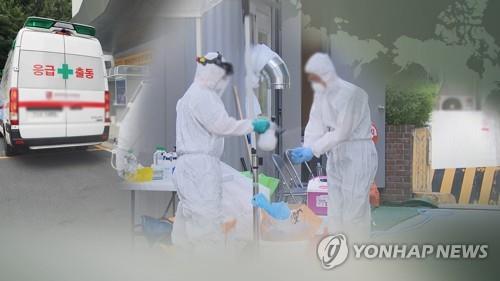 In the evaluations of individual population groups regarding their response to the epidemic, "I and our family" earned the highest score of 83, followed by 79 for medical workers and 72 each for the central government and schools.

"South Korean people seem to generally view their response to the coronavirus as successful, attributing the success to themselves and their families, quarantine authorities and medical workers," KBS said in its analysis of the poll. The broadcaster said the poll has a margin of error of plus or minus 2.1 percentage points with a confidence level of 95 percent, noting the pollees were randomly selected from across the country.

Meanwhile, an overwhelming 96.9 percent of the survey participants said the global spread of the pandemic won't disappear for a long time.

Nevertheless, 57.6 percent said they have an optimistic view about the future of Korean society despite the coronavirus crisis. Over 70 percent of those in their 40s expressed optimism but more than half of those in their 20s said they are pessimistic about their future.

Koreans give country's response to coronavirus a score of nearly 70: poll

Koreans give country's response to coronavirus a score of nearly 70: poll