In an online press conference during the 25th Busan International Film Festival (BIFF), he said he was inspired by Willa Cather's novel "My Antonia" when he was writing the script of "Minari" a few years ago.

"It's an American book about how the author grew up on a farm in Nebraska ... and it's a real workout of her memories into a story," said Chung, who participated in the conference from Los Angeles. 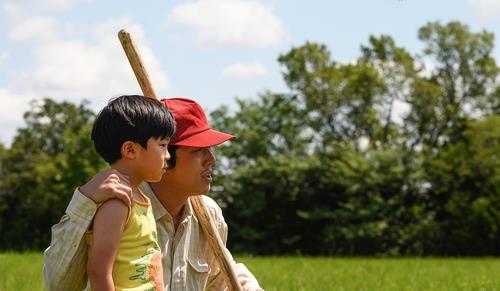 After reading the book, he reflected on himself, a Korean-American born in Arkansas, and felt that he had to look into his childhood memories and experiences instead of dealing with unwieldy concepts.

"I felt that I was also trying to do 'New York' film," he said. "I needed to try to be more personal and make a story that is more about my own life."

In his fourth feature, Chung depicts first-generation immigrants from Korea in pursuit of their own American dream from the point view of a 7-year-old boy named David (Alan Kim) and his parents, Jacob (Steven Yeun) and Monica (Han Yeri).

The family's struggle to settle in a tiny Arkansas farming community changes completely with the arrival of their grandmother, Soon-ja (Youn Yuh-hung), from Korea. 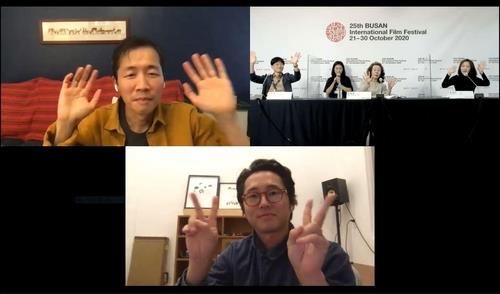 Here, the film's title, "Minari," the Korean word for Chinese celery, matters. When he was a kid, his grandmother planted minari on the family farm in Arkansas and the herb grew well even though other crops faltered.

"This is the only plant that really grew very well on our farms. So it was always growing," he recalled. "To me, that represents the love that I felt from my grandma."

But "Minari," the winner of jury and audience awards at this year's Sundance Film Festival, is not a complete autobiography of his life, but a fictional story that depicts the struggling life of an immigrant family in the United States in the 1980s.

"It's not completely accurate to my family. It's only inspired by it," said Chung. "Once we started to make the film, all of the actors also took the characters and created their own characters with them. There is lots of memory, but there's also creation and fiction."

The Korean-language film has won rave reviews in the U.S. and even been mentioned as a potential candidate for Best Picture at next year's Academy Awards, to be held in April, the director added.

He said it is partly because that Korean content has been getting more acceptable in the U.S. thanks to the Oscar-winning "Parasite."

"It's surprising (that my film won at Sundance). But I think it was less surprising after 'Parasite' to see that audiences in America can embrace Korean films," he said. "I thought it was interesting that people in general are connecting with Korean content in a strong way. That's happening with dramas and other things in the U.S." 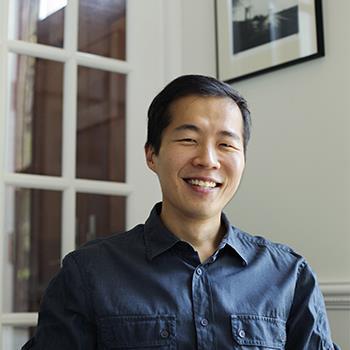