Straily struck out nine batters over six shutout innings in a 3-0 victory over the SK Wyverns at SK Happy Dream Park in Incheon, 40 kilometers west of Seoul. The former major league pitcher wrapped up his first KBO season with 205 strikeouts in 194 2/3 innings over 31 starts.

By improving to 15-4, Straily also became the first foreign pitcher in Giants' history to win at least 15 games in a season. He lowered his ERA from 2.58 to 2.50.

The last KBO pitcher to surpass the 200-strikeout mark was current Toronto Blue Jays starter Ryu Hyun-jin, who struck out 210 in 182 2/3 innings for the Hanwha Eagles in 2012.

He entered the game with 196 Ks for the year, and got his No. 200 against Choi Ji-hoon to start the top of the third inning.

Straily is only the second foreign pitcher in KBO history to reach 200 strikeouts, joining former Wyvners pitcher Fernando Hernandez, who had 215 Ks in 233 2/3 innings in 2001.

The Giants, who have six games remaining, were eliminated from postseason contention earlier this week. Instead of pushing their ace through another start in a meaningless game next week, the Giants have decided to shut down the 31-year-old.

The Giants contemplated doing so after Straily's previous start last Sunday. But Straily said Friday that, once he found out how rare 200-strikeout seasons are in the KBO -- there had been only 12 of them by nine pitchers before Straily -- he asked the club if he could have one more start.

"I gave it all I had tonight," Straily said in a postgame interview. "It's great to accomplish that. I've had a lot of things go my way this year and thrown a lot of good pitches."

Straily got into a bases-loaded jam in the second inning, after giving up two walks and a single. He cleaned up his own mess with a strikeout and a groundout to end that rally, and he kept the Wyverns off the board rest of the way. 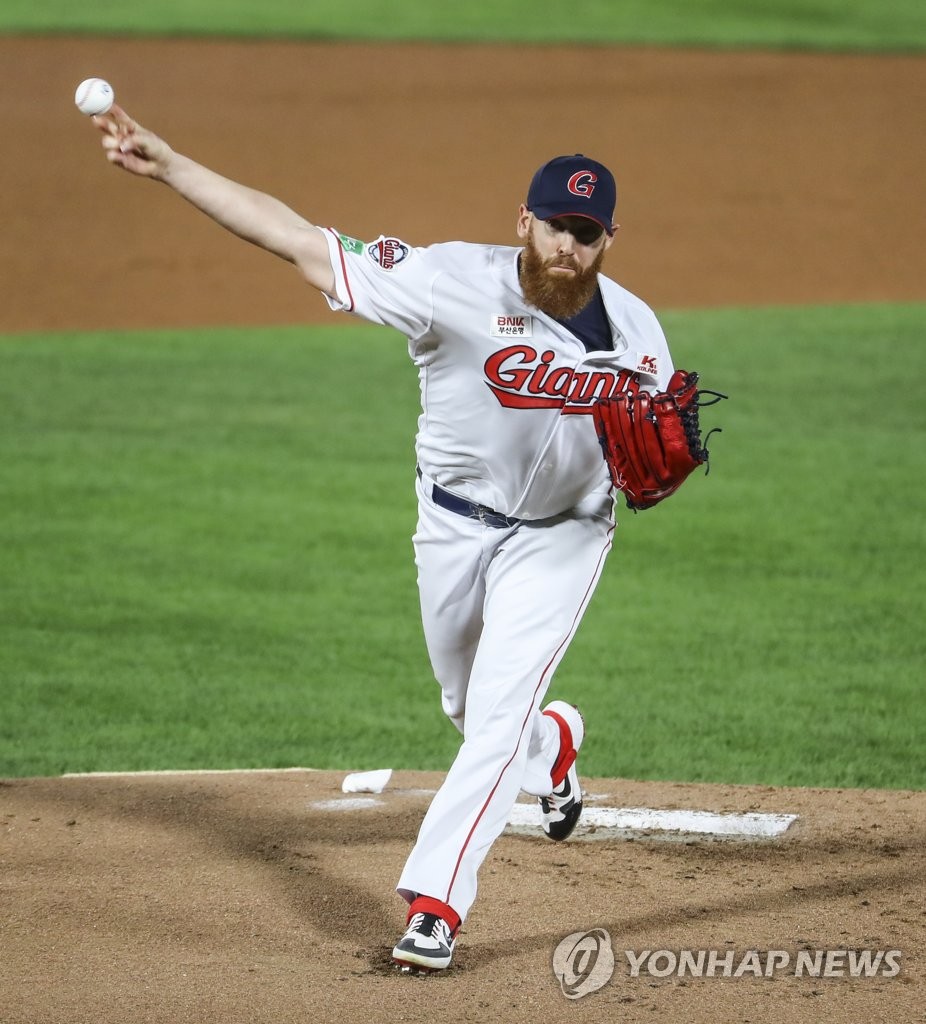 "I was just a little too amped up, trying to strike people out," Straily said of the second-inning adventure. "I had to settle in hard and focus on trying to make pitches. I was just trying too hard at first. Once I got of the jam, I knew that if I could just make pitches, I would get the fourth strikeout (to reach 200 for the season)."