SEOUL, Oct. 23 (Yonhap) -- With one week left in the regular season, all five postseason slots have been locked up in the Korea Baseball Organization (KBO).

An 8-4 loss by the sixth-place Kia Tigers against the LG Twins on Friday ensured that fifth-place Doosan Bears, despite losing to the Kiwoom Heroes 6-2 the same evening, would advance to the playoffs regardless of their results over the rest of the season. 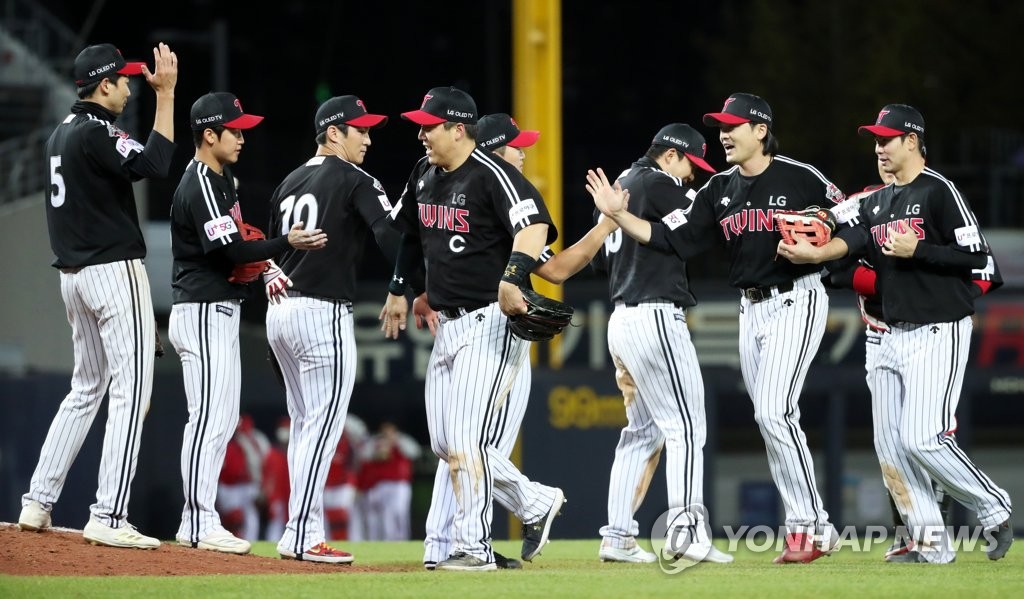 The Bears will have a shot at defending their Korean Series title and winning their fourth championship in six seasons. Also advancing to the postseason are: the NC Dinos, the LG Twins, the KT Wiz and the Kiwoom Heroes. The postseason begins on Nov. 1.

The Dinos, who have been in first place since May 13, the ninth day of the season, are one win away from clinching their first regular season title and a direct ticket to the Korean Series. They lost to the last-place Hanwha Eagles 11-6 on Friday and will have another crack against the Twins on Saturday. The Dinos have six games left.

The Twins, in second place, have three games remaining and trail the Dinos by four games. The Wiz, playoff bound for the first time in their five-year history, are in third place, one game back of the Twins, and have five games to go.

The Heroes have just one game left and will have their finale next Friday against the Bears, who have four games remaining. 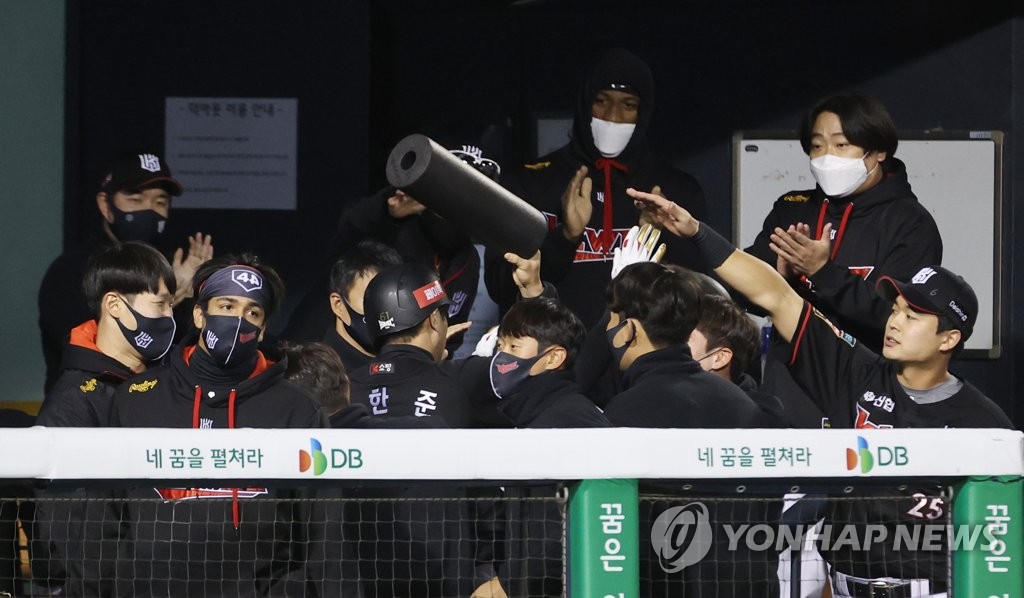 The fourth seed and the fifth seed will play in the Wild Card round. The higher seed will enter with a built-in victory and will only need at least a tie in the first game to advance. The lower seed must win two straight games to reach the next round.

No. 3 team will await the Wild Card winner in the best-of-three first round. The winner will go on to face the No. 2-ranked club in the second round, which is best-of-five.

The regular season champions will await the winner of that second round in the Korean Series, a best-of-seven affair.

The start of the regular season was pushed back by more than a month to May 5 because of the coronavirus pandemic. It ensured that the postseason would begin in November for the first time in league history.

Because of cold weather this time of the year, all postseason games from the second round and onward will be played at Gocheok Sky Dome in Seoul, the country's only domed ballpark, as the neutral venue. It is also the home of the Heroes.