SEOUL, Oct. 25 (Yonhap) -- Lee Kun-hee, who had transformed Samsung Group into one of the world's major tech giants from a small trading firm, died at a hospital in Seoul on Sunday at age 78, leaving a thorny succession challenge for his children. 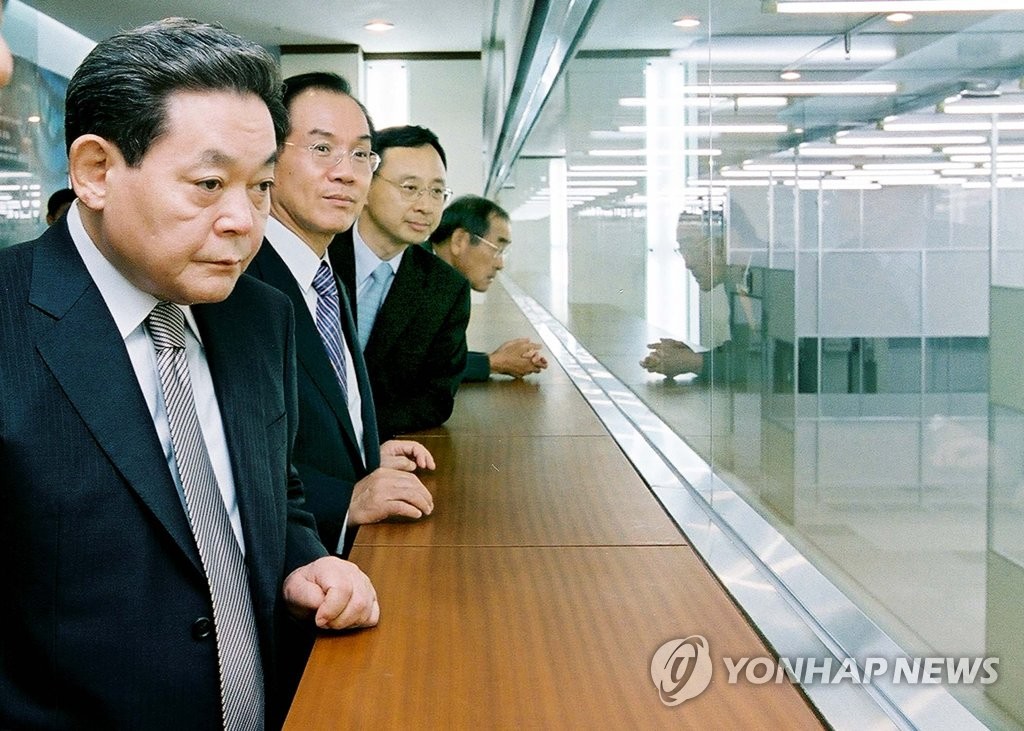 Samsung stands at the center of the South Korean economy, with its outbound shipments accounting for over 20 percent of Asia's fourth-largest economy's exports.

The group's assets at 8 trillion won (US$6.9 billion) at the time Lee took the throne and now estimated at well beyond 400 trillion won.

His only son, Jae-yong, is widely expected to take over the rein of Samsung Group, but he has been embroiled in a high-profile succession scandal.

The sheer assets held by the senior Lee means that his heirs may pay hefty inheritance tax, estimated at over 10 trillion won.