The virulent avian influenza strain of H5N8 was discovered from a fecal sample collected from wild birds Wednesday in Cheonan, 92 kilometers south of Seoul, according to the Ministry of Agriculture, Food and Rural Affairs. 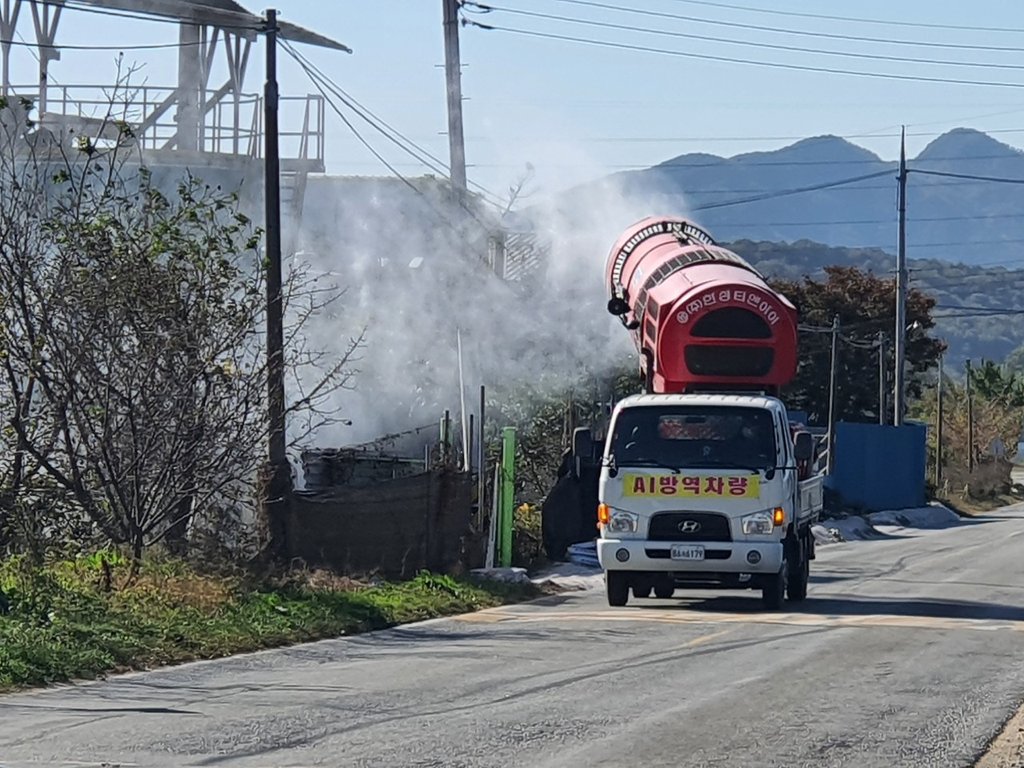 The discovery marked the first highly pathogenic AI case confirmed in the country since the H5N6 case, which is similarly virulent to H5N8, reported in the nearby Asan region in February 2018.

Highly pathogenic AI is very contagious and can make poultry very sick and even cause death.

The ministry has already restricted the movement of poultry and other livestock at 188 farms within a 10-kilometer radius of the area after discovering a H5-type AI strain in the area earlier.

Authorities placed a travel ban on people and vehicles within a 500-meter radius of the location where the H5N8 strain was discovered. The purchase and sale of poultry at local markets in Cheonan will also be suspended until the travel ban is lifted.

"Given the precarious situation, we ask that all farms remain vigilant in terms of disease control as highly pathogenic AI cases could break out at farms at any given moment," a ministry official said.