SEOUL, Oct. 25 (Yonhap) -- The succession of South Korea's top conglomerate, Samsung, by Lee Jae-yong, the only son of late Samsung Group chief, is in the spotlight as the tech behemoth aims to solidify its presence in the smartphone, semiconductor and other business realms with a massive investment plan under his leadership.

Lee Kun-hee, chairman of Samsung Electronics Co. and the group chief, died Sunday at the age of 78 after he was hospitalized for years for a heart attack, ending his 33-year reign of the business empire whose business portfolio ranges from tech and construction to insurance and an amusement park.

Jae-yong, the eldest scion of the late Samsung Group chief, has been spearheading the group's management, serving as the de facto leader of Samsung since May 2014, when his father collapsed due to a heart attack.

In 2018, the country's fair trade watchdog recognized Lee Jae-yong as the chief of the conglomerate. 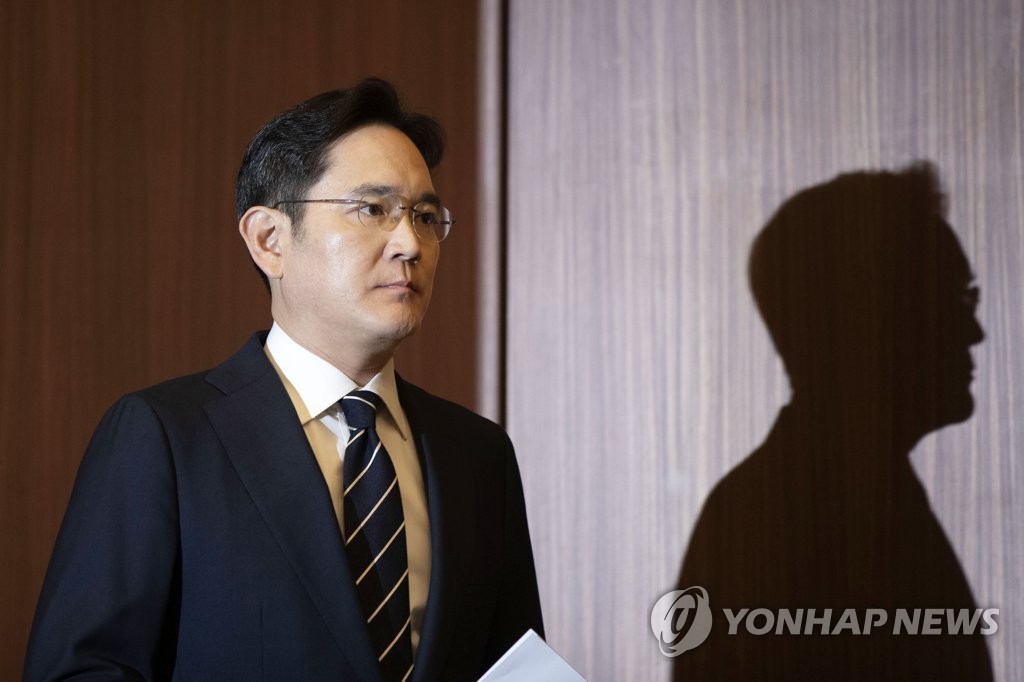 Last year, Samsung Electronics unveiled a vision to become the world's No. 1 logic chip maker by 2030 by investing 133 trillion won (US$117 billion) and bolstering its competitiveness in the system LSI and foundry businesses.

Last week, the group's flagship expected its third-quarter profit to be the largest in two years, as its chip business got a boost from U.S. sanctions on Huawei Technologies Co. and its mobile sales bounced back on pent-up demand amid the pandemic.

In its earnings guidance, the South Korean tech giant estimated its operating profit at 12.3 trillion won ($10.6 billion) for the July-September period, up 58.1 percent from a year ago.

As Kun-hee passed away, his scions have to deal with how to pay hefty inheritance tax for his assets.

If Lee's family members decide to inherit his stocks, the inheritance tax could be around a jawdropping 10 trillion won, industry insiders said. 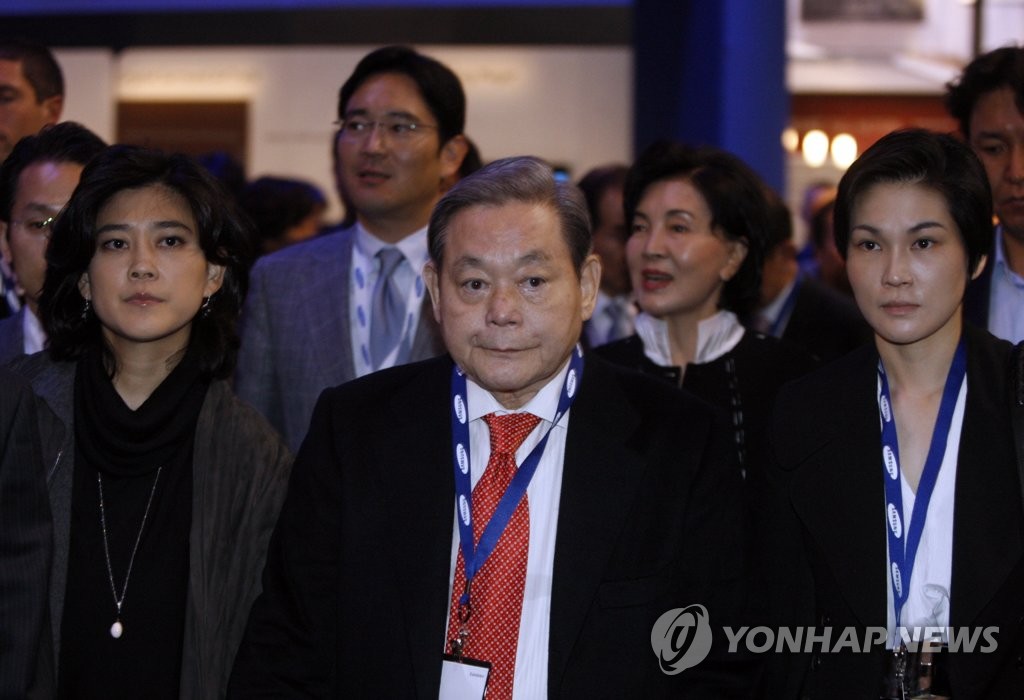 But inheriting his father's stock ownership may face some hurdles as Jae-yong is also facing legal battles that could put him in jail again.

The political scandal that led to the impeachment of former President Park Geun-hye, first cast a cloud over him. Amid allegations that Samsung provided bribes to the Park administration, he already served around a year in prison.

Last month, prosecutors indicted Jae-yong over his alleged involvement in the merger of the two Samsung affiliates -- Samsung C&T Corp. and Cheil Industries Inc. -- in 2015 and fraudulent accounting of a pharmaceutical unit.

In May, Jae-yong made a public apology, saying he will make sure no controversies happen again over his succession issue.

He also made a surprising announcement that he will not pass on management power to his children, hinting that Samsung will move away from the family-run chaebol system.

A recent bill proposed by lawmakers would force Samsung Life Insurance to sell its stocks in Samsung Electronics under revised guidelines for the calculation of stock value.

But since he holds a very small stake in Samsung Life Insurance and Samsung Electronics, industry insiders speculate that Jae-yong may inherit some of the shares held by his father to get better control of the group.