SEOUL, Oct. 25 (Yonhap) -- As Samsung chief Lee Kun-hee passed away, his heirs, including his only son, Jae-yong, and his sisters will shoulder a record high amount of inheritance tax, industry sources said Sunday.

Lee Kun-hee, who led South Korea's top family-controlled conglomerate Samsung Group, died at a hospital in Seoul on Sunday at age 78, leaving behind stock assets of some 18 trillion won (US$15.9 billion).

The senior Lee is survived by his wife, Hong Ra-hee, and only son, Jae-yong, and two daughters -- Boo-jin and Seo-hyun.

The late chairman held a 4.18 percent stake in the flagship Samsung Electronics Co., along with another 0.08 percent share in the firm's preferred stocks. 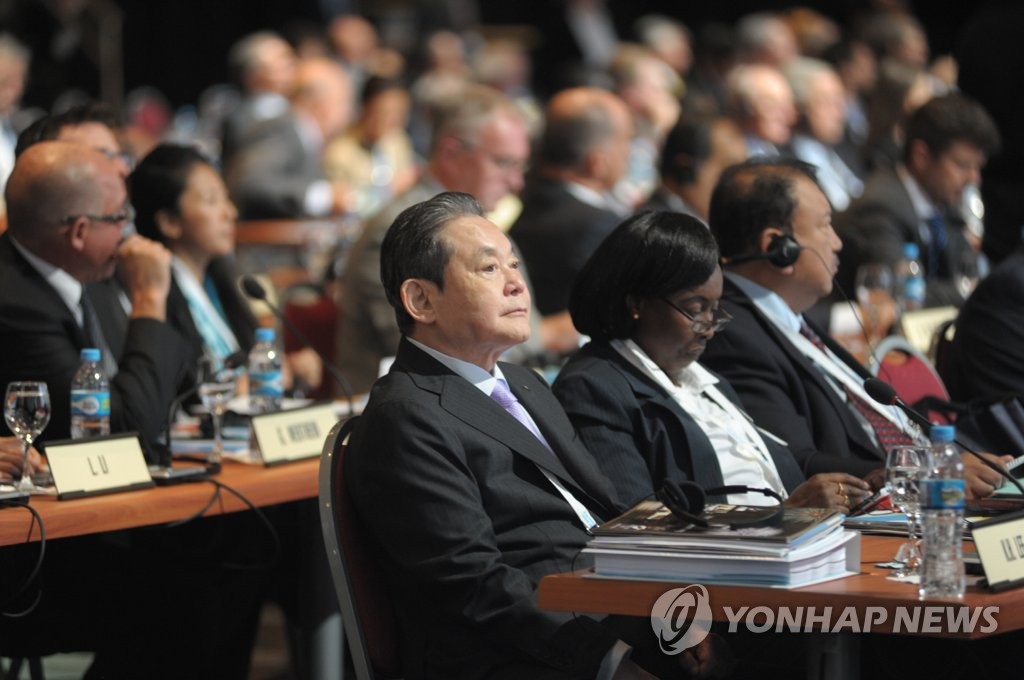 He held a 29.76 percent stake in Samsung Life Insurance Co., along with 2.88 percent in Samsung C&T Corp., the de facto holding firm of the conglomerate as well.

Lee's stake in Samsung SDS Co. is estimated at 0.01 percent.

Industry sources estimate that his heirs will pay around 10 trillion won as inheritance taxes for just stock assets.

Experts say the late Samsung Group chief's family may choose to pay the taxes over several years. Under South Korean law, they are allowed to make the payment through installments for upward of five years.

The family of LG Group, another conglomerate, earlier decided to pay the taxes over five years as they inherited stakes from their late chief.

Samsung Electronics Vice Chairman Lee Jae-yong holds a 0.7 percent stake in the tech giant, along with 17.33 percent shares in Samsung C&T and more stakes in other affiliates, totaling 7.1 trillion won.