SEOUL, Oct. 26 (Yonhap) -- South Koreans in their 20s are overburdened with bank overdrafts and loans from credit card companies amid a jobs crunch sparked by a protracted economic slump, data showed Monday.

Outstanding overdrafts and card loans extended to local 20-somethings came to some 2.15 trillion won (US$1.91 billion) as of the end of June this year, according to the data that the Financial Supervisory Service prepared for an annual parliamentary audit.

Outstanding loans from their revolving bank accounts stood at 2.07 trillion won as of end-June, taking up the largest portion of the total. 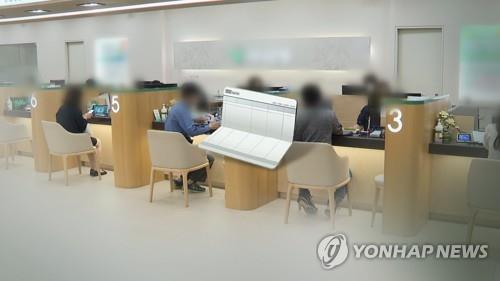 Increased debt has caused more 20-somethings to apply for debt workouts. Last year, nearly 12,500 Koreans in their 20s sought to work out their debt through the Credit Counseling & Recovery Service.

The age group's growing debt comes as a prolonged economic slowdown has made it more difficult for them to find decent jobs.

The unemployment rate for young adults in Asia's fourth-largest economy -- those aged between 15 and 29 -- reached 8.9 percent in September, up 1.6 percentage points on-year and more than double the country's headline jobless rate of 3.6 percent.

Stung by the coronavirus pandemic, the South Korean economy shrank 3.2 percent in the second quarter from three months earlier after contracting 1.3 percent on-quarter in the January-March period.
(END)