Samsung Group chief Lee Kun-hee died Sunday at age 78, more than six years after being hospitalized for a heart attack.

Shares in three Samsung affiliates held by the late group chief spiked in the morning session as investors bet that the senior Lee's death may facilitate a revamp of the governance structure at key affiliates, and his only son and group heir, Lee Jae-yong, will cement his grip on the country's largest conglomerate down the road.

Industry sources said the late Samsung Electronics chairman's scions may have to pay 10 trillion won (US$8.85 billion) in inheritance tax. 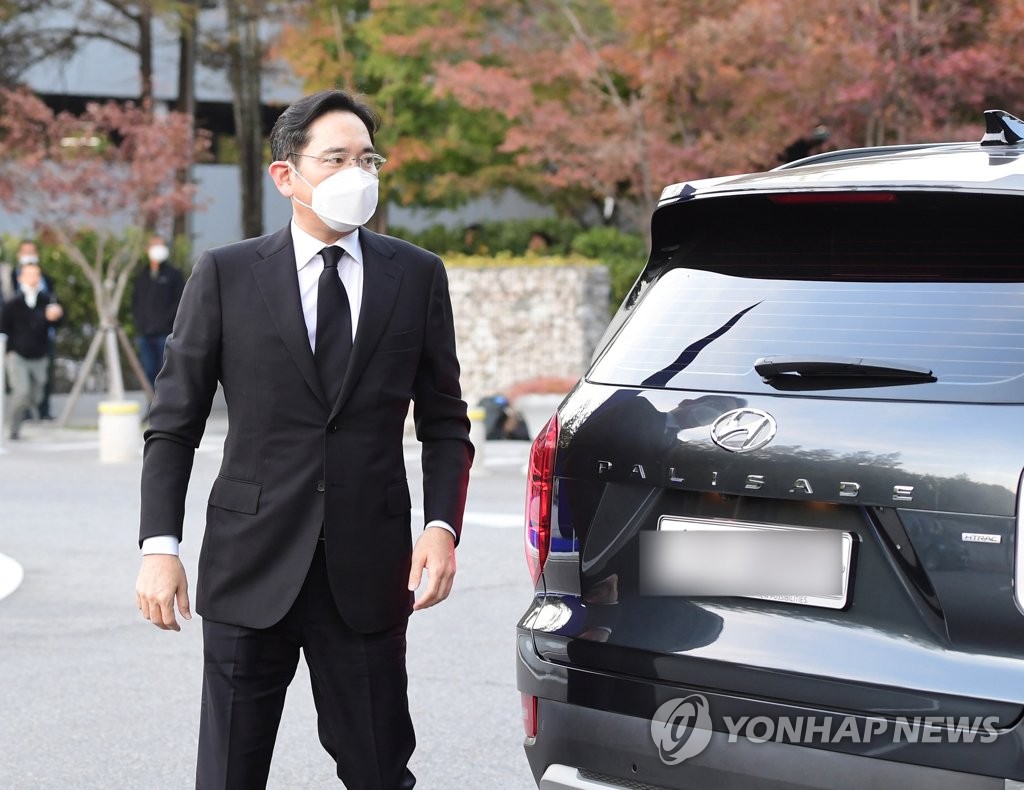 The broader KOSPI ended 0.72 percent down.

"Lee Jae-yong may use dividend payouts and his family's financing to pay out the inheritance tax if he receives his late father's stake in Samsung Electronics and Samsung Life Insurance," said Yoo Jong-woo, an analyst at Korea Investment & Securities Co.

He holds a 0.7 percent stake in the tech behemoth but controls Samsung Group through his grip on Samsung C&T with a 17.33 percent stake.

The combined value of Jae-yong's stock holdings of Samsung C&T and other units is estimated at some 7 trillion won.

In May, Lee made a rare public apology over a controversy related to his succession issue, saying he will not hand over managerial power to his children.

His succession process has involved a high-profile bribery case and a controversial merger of two of its key units -- Samsung C&T Corp. and Cheil Industries Inc. -- in 2015. Legal battles on both fronts are still under way.

The top court ordered a lower court last year to reconsider its suspended jail sentence for him in a massive bribery scandal that led to the ouster of former President Park Geun-hye.

The prosecution also indicted Lee last month over his alleged involvement in the 2015 merger of the two Samsung affiliates and fraudulent accounting of a pharmaceutical unit.

Samsung is also under pressure in revamping its corporate structure, as a bill designed to limit stock holdings in affiliates by an insurance firm largely targets Samsung Life Insurance.

Under the bill proposed by ruling party lawmakers, the value of stocks in affiliates held by an insurance company should not exceed 3 percent of its total assets, and such stock value should be calculated with market prices.

The bill, if passed, would force Samsung Life Insurance to unload the bulk of its stake in Samsung Electronics, which could in turn reduce Lee Jae-yong's grip on the tech giant.

"Unlike investors' anticipation, there seems to be a slim possibility about an imminent overhaul in the group's governance structure," said Eun Kyeong-wan, an analyst at Meritz Securities. "At least, uncertainty surrounding Lee's legal problems should be first dispelled."