An encoffining ceremony for Lee started around 9 a.m. at the funeral hall of Samsung Medical Center in southern Seoul, with his wife and scions, including Samsung Electronics Vice Chairman Lee Jae-yong, in attendance.

The ceremony was expected to take place in a Won Buddhism style as Lee was a follower of the religion, but Samsung later said it was not held under such a format.

Samsung earlier announced that Lee's funeral service will be held in a modest manner with family members and it courteously decline visits from others due to the COVID-19 pandemic.

Under the country's social distancing scheme, gatherings of more than 50 people are not recommended. 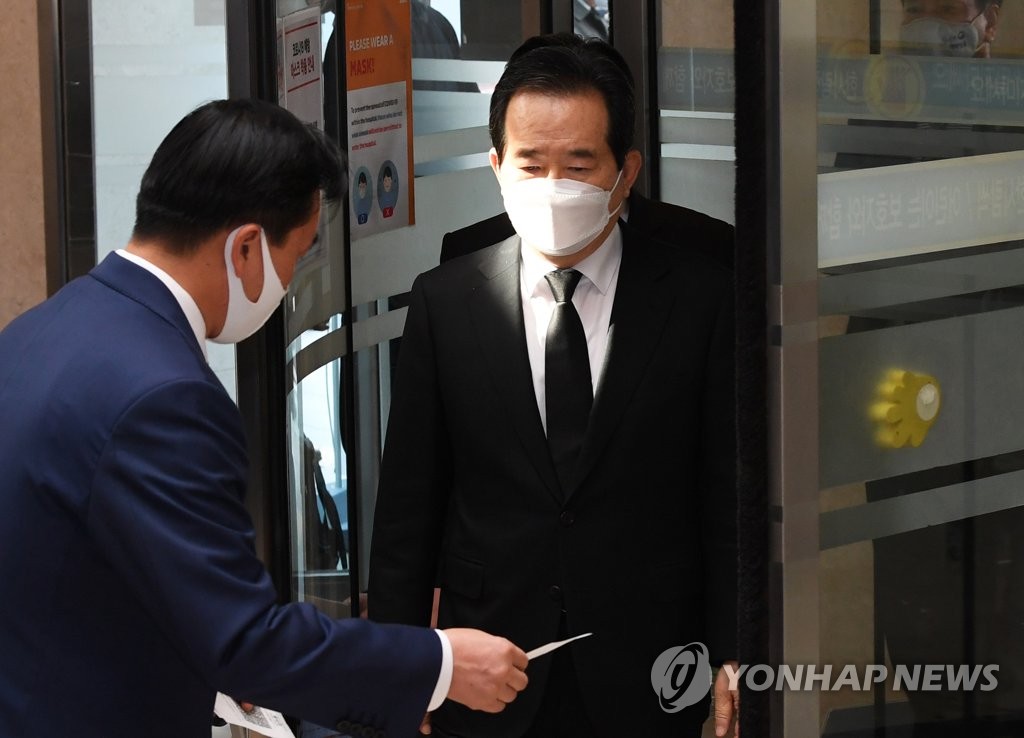 But Samsung decided to accept a small group of those offering their condolences.

CJ Group Chairman Lee Jae-hyun, a nephew of the late Samsung chief; HDC Group Chairman Chung Mong-gyu; and Gyeonggi Province Governor Lee Jae-myung were also among those who visited to offer their condolences on Sunday.

"It's very sad that a great man has passed away," Chung said to reporters. "I appreciate him for implementing the spirit of the leader across entire fields of the country's business community."

SK's Chey hailed Lee as a man who built Korea's first and biggest global company, adding that Lee's death is huge loss for the nation.

"Lee was a second-generation business leader who really had incredible achievements," the prime minister said. "It was his determination and driving force that made Samsung a global-leading company today." 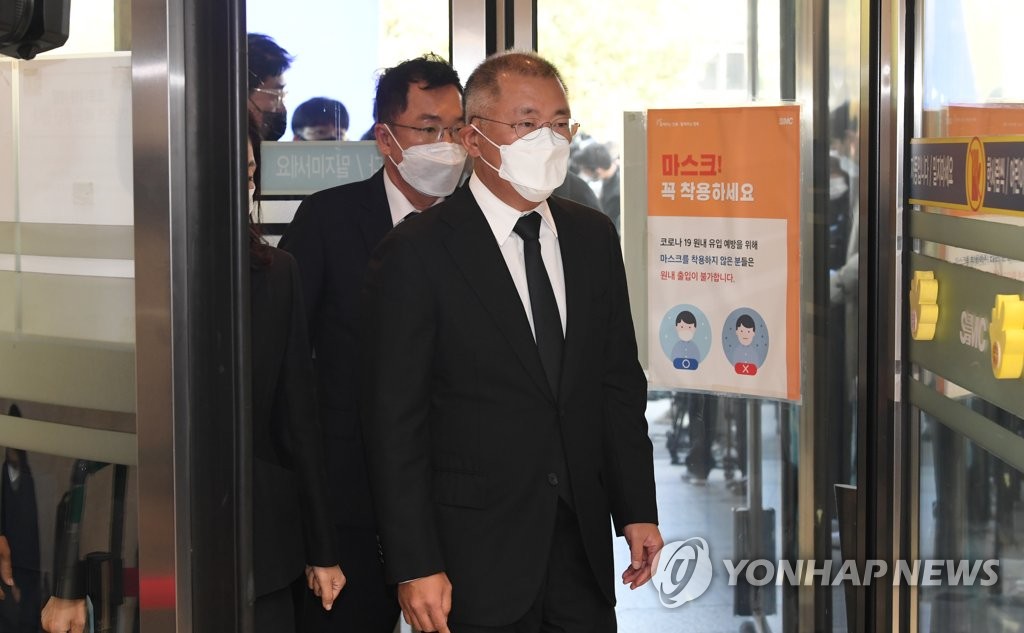 Meanwhile, Samsung employees have set up an online memorial altar to mourn the death of Lee. More than 19,000 condolence messages were posted on the virtual memorial site in the morning.

Samsung said the website shows photos and video clips of Lee's business activities in the past, so that young employees can better know about his business philosophy and achievements.

A funeral procession for Lee is scheduled on Wednesday, with his burial site reportedly to be in Yongin, south of Seoul, where graves of his ancestors are located. 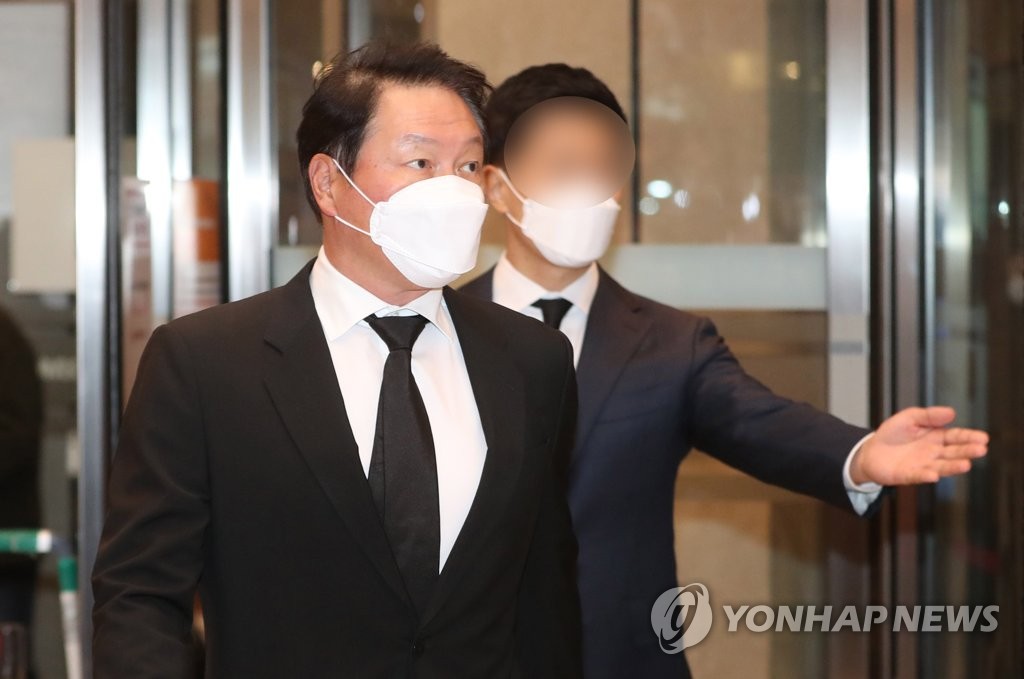