SEOUL, Oct. 26 (Yonhap) -- South Korea, the United States and Japan held their second trilateral conference on women's empowerment via video links last week, the foreign ministry said Monday, as they seek to deepen their cooperation on regional and global issues.

The Women's Empowerment Trilateral Conference, the second of its kind following the first one in 2016, took place from Tuesday through Friday, with a focus on collaboration in removing barriers to women's participation in science, technology, engineering and math (STEM).

In his keynote speech, Lee stressed the importance of women's economic capabilities in STEM and explained Seoul's policy efforts to ease the difficulties facing female workers in Korea and enhance their job security.

At the session, the three countries acknowledged and recognized the barriers that continue to keep women from fully participating in the global economy and stated their commitment to exploring "new, effective programs," the joint statement released after the conference read.

In addition, the three countries reiterated their continued commitment to trilateral cooperation and to seeking new opportunities for collaboration on regional and global issues, the statement added. 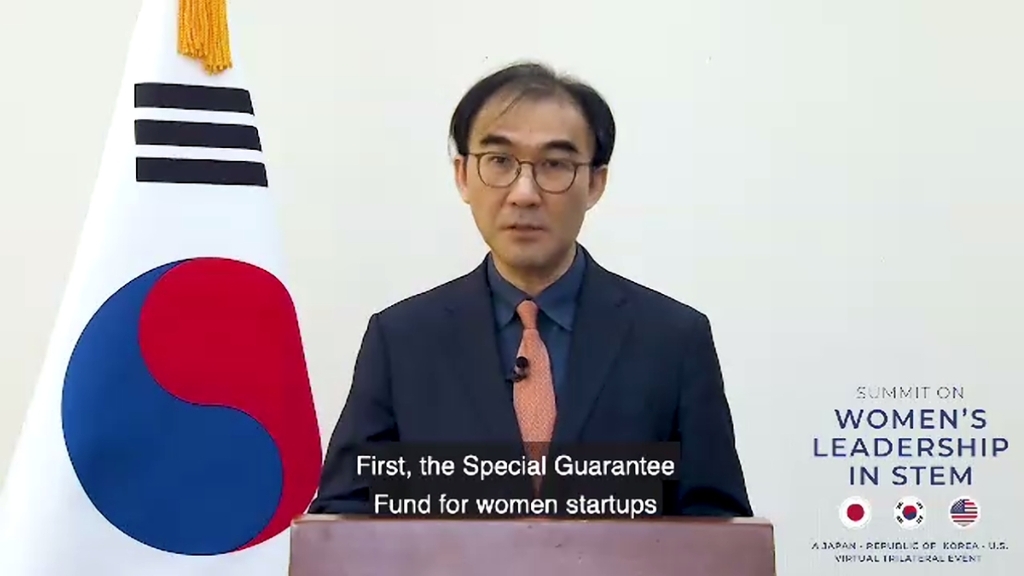