SEOUL, Oct. 26 (Yonhap) -- Samsung heir Lee Jae-yong did not attend his retrial due to his father's funeral Monday, in a massive bribery scandal that led to the ouster of former President Park Geun-hye.

Lee, vice chairman of Samsung Electronics Co., had asked the Seoul High Court to allow his absence from the retrial after his father Lee Kun-hee died Sunday.

The retrial resumed as the Supreme Court last month struck down the complaint lodged by the prosecution in January to replace the judges of the court who it criticized for ruling favorably for the defendant.

Earlier this month, the appellate court ordered Lee to appear in court, contrary to its customary practice in which a defendant is not required to attend a preparatory session for an upcoming trial.

Without him attending, the court held a session in the afternoon, calling both parties -- the prosecution and Lee's legal team -- to present their opinions and key arguments, a process aimed at enhancing the efficiency of the upcoming retrial. 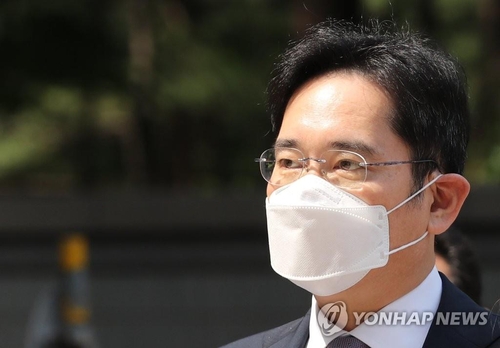 The de facto leader of the country's top conglomerate was initially sentenced to five years in jail in 2017 for bribing a longtime friend of former President Park as he sought the government's help in succeeding his father and securing control of Samsung Group.

The top court, however, sent the case back to a lower court in August last year for retrial, saying that Lee should be found guilty of providing about 5 billion won (US$4.1 million) more worth of bribes to the president's friend Choi Soon-sil, charges excluded from the previous court ruling.

The court said the three horses, worth 3.4 billion won (US$2.8 million), that Samsung gifted to Choi should be considered as bribes. The earlier ruling had excluded them from bribery charges given that Samsung didn't give Choi ownership of the horses. It also noted that Samsung's 1.6 billion-won donation to a sports foundation run by the Choi family was a planned move relevant to Lee's management succession from his father who was being hospitalized at that time. 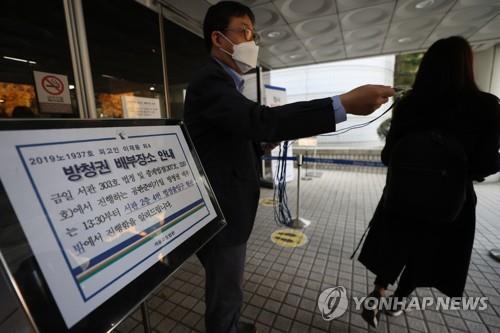 The court on Monday asked the prosecution to recommend by Thursday an outside expert who will participate in evaluating the activities of the independent compliance committee of Samsung Group, which was launched in February to monitor whether the group's corporate actions comply with laws and ethics.

The prosecution, which had opposed the court's plan to consider the committee's activities in the sentencing of Lee, balked at the short notice. Earlier this month, the court appointed Kang Il-won, a former justice at the Constitutional Court, to do the evaluation.

The committee was created after the appellate court of Lee's bribery case ordered the conglomerate's heir to come up with measures to prevent Samsung from committing wrongdoing, during a hearing in October.

Since its launch, the committee urged him to make a public apology and come up with measures that can improve Samsung's corporate culture in three areas: managerial succession, labor union and communication with civil society. In response, Lee made a surprising announcement in May that he will not pass on management power to his children, hinting that Samsung will move away from the family-run chaebol system.

The court initially planned to hold the final arguments on Dec. 14, but decided to postpone it to a later date as the prosecution strongly protested against the plan. The next hearing is slated for Nov. 9.
(END)