SEOUL, Oct. 26 (Yonhap) -- The United States did not commit to maintaining its troop level in South Korea in a recent joint statement between their defense ministers because it is adjusting its overseas troop presence in a flexible manner, the defense ministry said Monday.

The two countries issued a joint communique after annual talks between Defense Minister Suh Wook and U.S. Defense Secretary Mark Esper earlier this month, but the statement did not include a usual U.S. commitment to keep American troops at the current level.

That raised speculation the U.S. may be considering troop cuts.

"Instead of keeping a certain level of American troops at a particular country, it is pushing for a policy flexibly adjusting troop levels in consideration of security situations," the defense ministry said in an answer to a question from Rep. Kang Dae-sik of the main opposition People Power Party about why the troop commitment was missing.

Still, Suh said the U.S. has pledged an "unshakable commitment" to the security of South Korea at the Security Consultative Meeting, and there were no discussions on the possible reduction of the USFK force level.

Asked to comment on the omission of the expression on keeping USFK troop levels, Suh said the Pentagon appears to have received guidelines to have a more flexible stance on the level of its troops dispatched overseas.

Talk of the troop reduction came as the two sides have failed to narrow differences over their cost sharing for the upkeep of the 28,500-strong USFK under the bilateral deal, called the Special Measures Agreement.

On Oct. 5, USFK informed South Korean employees of a furlough that could occur in April next year in case the two countries fail to reach an agreement on their defense cost-sharing deal.

More than 4,000 South Korean workers already experienced unpaid leave from April to June this year before the U.S. accepted South Korea's proposal to fund the labor costs for all USFK Korean workers through the end of the year. 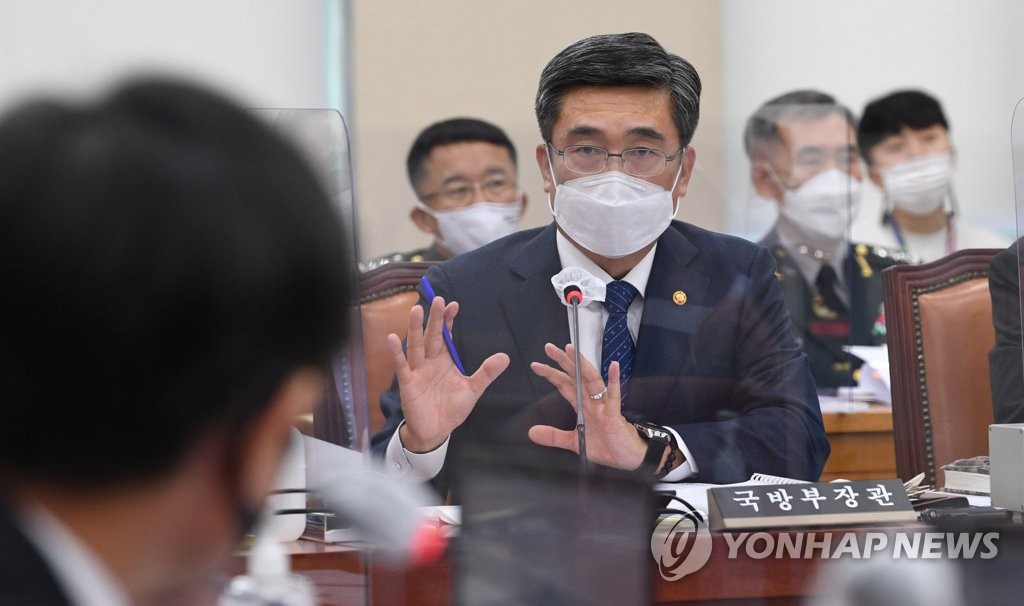