"For the prosecutor general who must maintain political neutrality, I believe some of his statements crossed the line. As a person in the supervisory position, I'm embarrassed," said Choo during a parliamentary audit of the justice ministry held at the National Assembly.

Last week, Choo ordered the top prosecutor to recuse himself from the investigation into the high-profile financial fraud case surrounding Lime Asset Management, citing a failure on the part of Yoon to conduct a thorough investigation into opposition politicians and prosecutors allegedly implicated in the case. 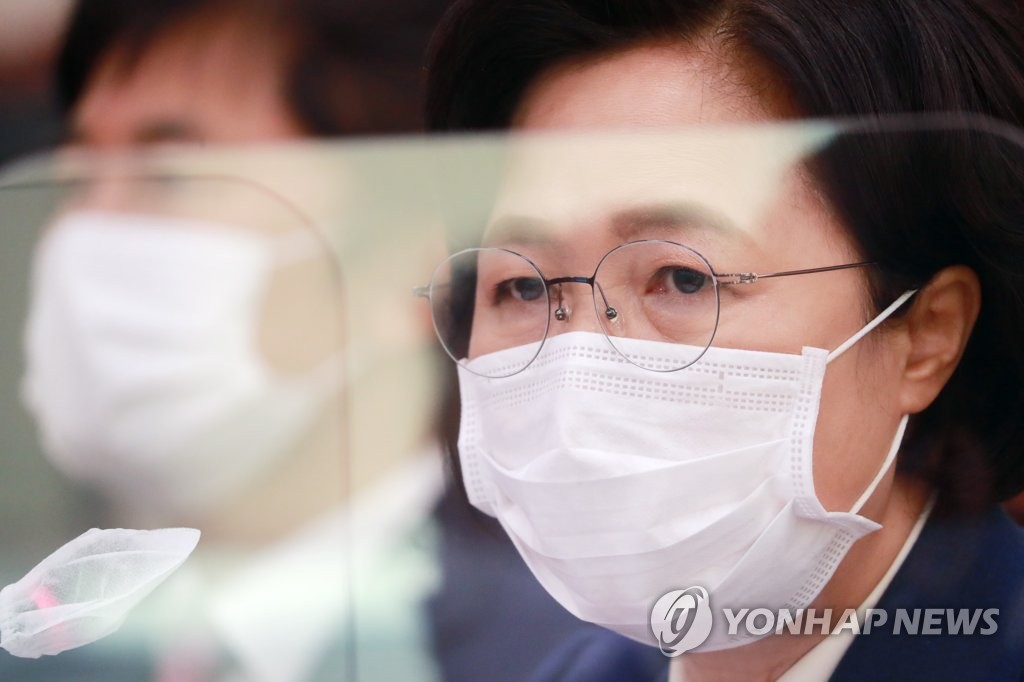 Yoon instantly accepted the order but described it as "illegal" and "absurd" during a parliamentary audit session Thursday. He also claimed that President Moon Jae-in asked him to serve out his term via an "appropriate messenger" despite pressure from the ruling bloc for him to resign.

"I believe it was inappropriate for a senior official to make such an unsubstantiated statement on the occasion (of a parliamentary audit)," Choo commented.

Lime Asset, founded in 2012, has been under a probe over its alleged cover-up of massive losses and subsequent suspension of fund redemption worth an estimated 1.6 trillion won (US$1.39 billion).

"Since it is a type of pyramid financial scam, all that was really required was the tracing of bank accounts. (The district office) seems to have not done that," she said.

The Optimus scandal centers on allegations that the private equity company solicited funds worth about 1.2 trillion won from about 2,900 investors for investments in public institutions but actually funneled most of the money into risky assets, causing huge losses to the investors. 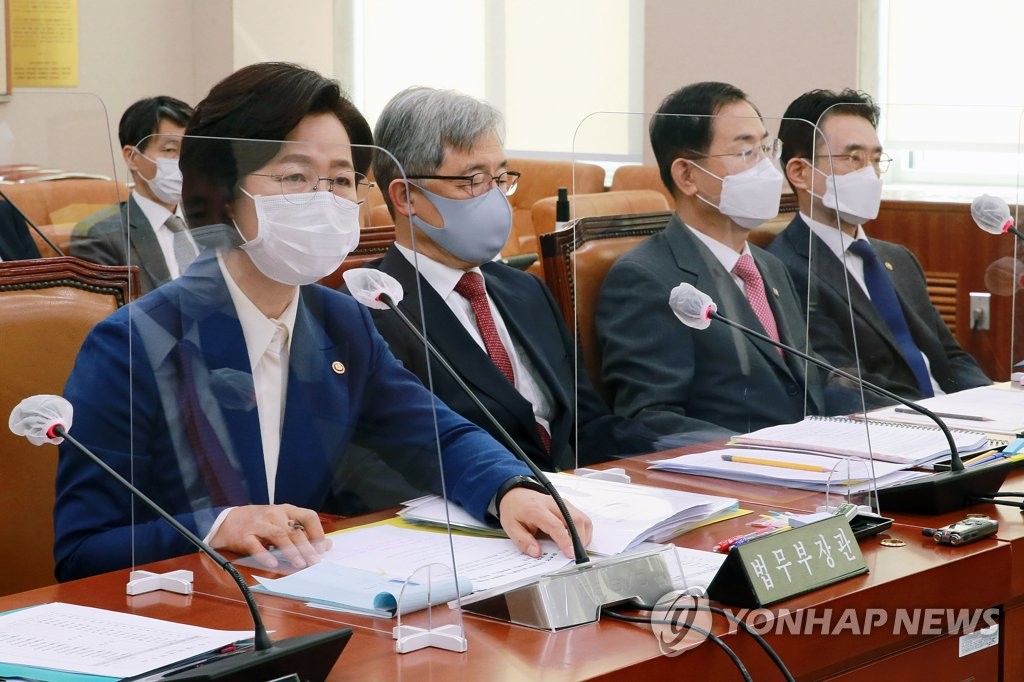 The Lime and Optimus cases are at the center of what could develop into a large political lobbying scandal, with allegations flying around that the equity firms illegally lobbied former and sitting ranking officials and politicians to cover up cases and evade investigations.

"The Optimus case was almost buried by prosecutors but was barely salvaged by lawsuits of ordinary citizens," Choo said.

The minister also reiterated that she was legally entitled to revoke Yoon of his supervisory authority in the Lime case and a separate case involving his family.

"I was briefed (on the cases) for three days through an internal inspection, which proved the validity and the need (for the minister) to directly command the cases," Choo said.

She also said the inspection confirmed the allegation by a key suspect in the Lime case that he lobbied prosecutors last year before the probe began.

Kim Bong-hyun, a financier arrested in the case, told media that he held a lavish drinking party where he treated three sitting prosecutors, one of whom later headed the team investigating the case.

"As a result of the inspection, his statement that he was surprised to see a prosecutor who was treated expensive entertainment join the investigative team as its leader turned out to be true," Choo told lawmakers.

The prosecutor was dispatched to the Financial Services Commission in August, she added.

Meanwhile, the prosecution is currently looking into allegations that Yoon's wife was involved in manipulating stocks in Deutsch Motors and that her art exhibition company took bribes disguised as donations.

The ongoing clash between the administration and the prosecution has transpired largely from last year following controversial investigations into former Justice Minister Cho Kuk, a key architect of Moon's drive for prosecution reform, and his family. 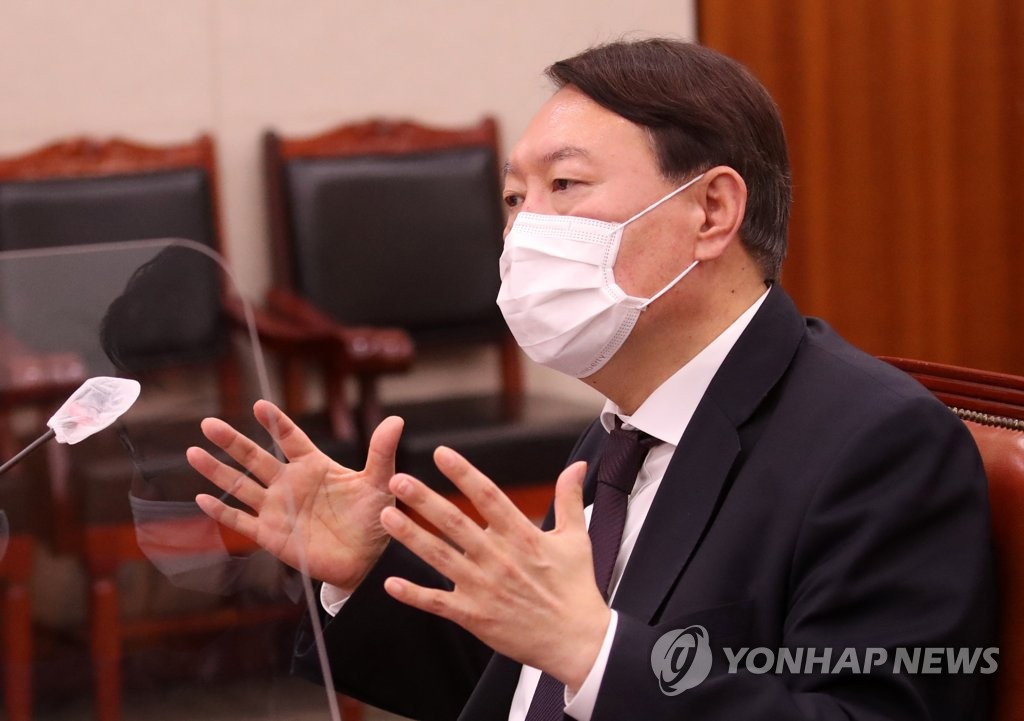