So far, a total of 59 people, mostly elderly people in their 70s and 80s, have died after getting flu shots, up from 48 last Saturday, the Korea Disease Control and Prevention Agency (KDCA) said in a statement.

An investigation showed that 46 deaths were believed to have no link to flu shots, the KDCA said, adding it has conducted a probe into the remaining 13 deaths.

Of the total 59 deaths, no case has been related to anaphylaxis shock, a serious allergic reaction that follows immunization, according to the KDCA. 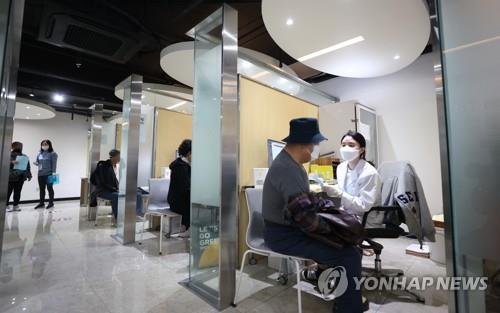 The health authorities, however, said they are closely monitoring any possible links between vaccines and deaths, given that a total of 1,231 people had reported side effects as of Sunday after getting the shots this year.

The authorities said they will continue to work with experts to find out what exactly caused the deaths of people who received the flu shots.

Public anxiety over the safety of flu vaccines has surged after some vaccine bottles as part of the country's free inoculation program were exposed to room temperature during shipping. The authorities, however, said there was no safety issue.

Health authorities have again urged people to take flu shots before the influenza season arrives here since more deaths could occur from serious complications triggered by the flu, such as pneumonia.

Generally, the flu season arrives between end-November and December. Considering that flu vaccines cause antibodies to develop in the body about two weeks after vaccination, experts here recommend people get flu shots by mid-November.