Kang also told a parliamentary audit session that she is considering taking unspecified "necessary action" over Ambassador Lee Soo-hyuck's remarks that just because South Korea chose the U.S. as its ally 70 years ago does not mean that it has to choose the U.S. for the next 70 years.

While Lee's intention was to stress that the country's national interests are the foremost priority, critics blasted Lee for having made such inappropriate remarks about the host country amid the growing U.S.-China rivalry.

On Monday, Kang admitted that the remarks were inappropriate.

"I think there was a problem in some of his expressions. We have yet to take any action but we will, after thoroughly examining the intent of the ambassador's remarks," she said in the final session of the parliamentary audit when asked by a lawmaker if the ministry gave him any warning.

"I believe some sort of action is necessary," she said.

On Chinese President Xi Jinping's characterization of his country's participation in the 1950-53 Korean War as "a fight against U.S. imperialist invaders," Kang reiterated that there is no denying that the North invaded the South.

She added that her ministry has clearly delivered that point to the Chinese side.

"It's an undeniable historical fact. We have conveyed our position clearly to the Chinese side, and we're taking necessary steps," she said. "The U.N. Security Council resolution also states that the war broke out with the North's invasion to the South," she said.

The government has been criticized for failing to speak up against Beijing after Xi made the remarks in his speech last week to mark the 70th anniversary of China's participation in the three-year conflict. The war ended in an armistice, leaving the two Koreas technically still at war.

In Monday's session, Kang also said she feels "limitations" in her leadership as she described the difficulties in handling a spate of sexual misconduct cases that have flared up at South Korean missions overseas.

But, at the same time, she also said she believes they show the ministry is undergoing a change from a closed and male-dominated organization to one that guarantees a system allowing people to report matters they think are unfair. 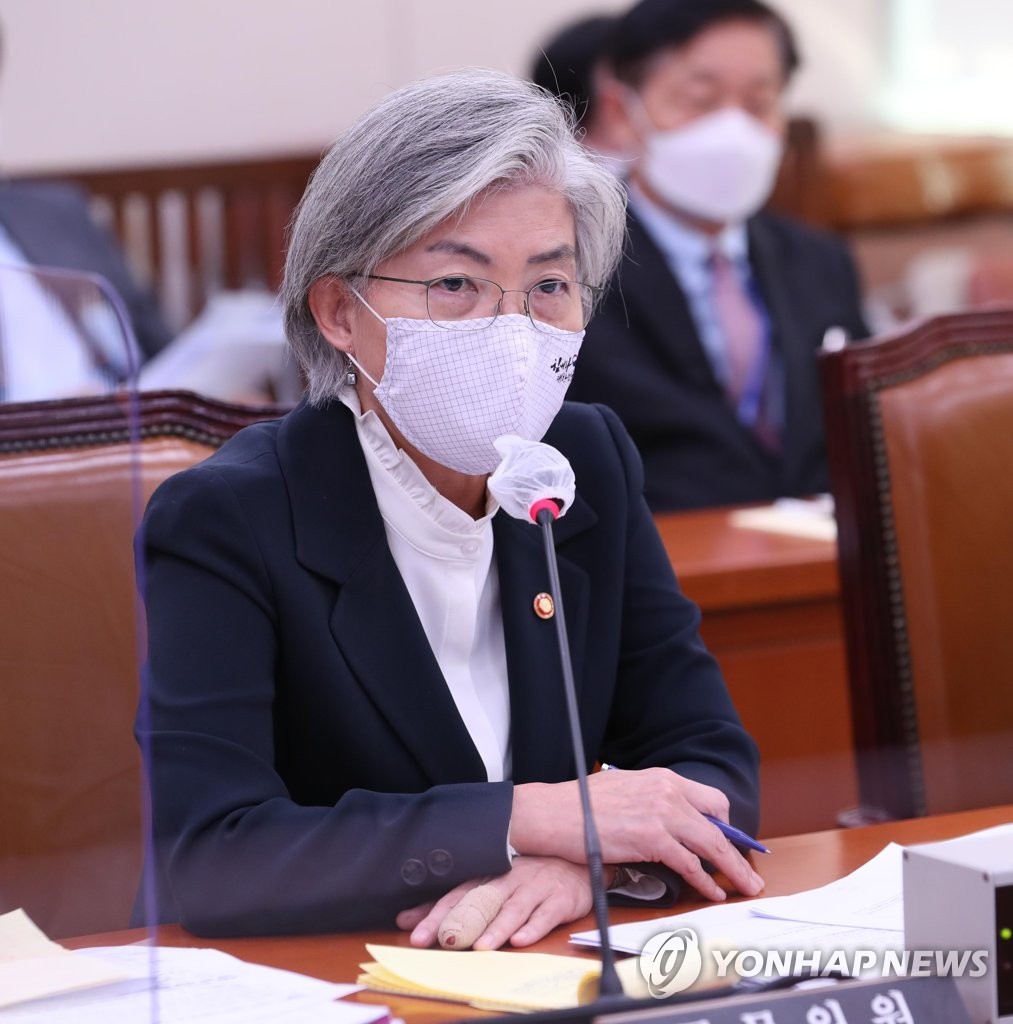 FM sees 'problem' with ambassador's remarks about alliance with U.S.

FM sees 'problem' with ambassador's remarks about alliance with U.S.