SEOUL, Oct. 26 (Yonhap) -- K-pop act Tomorrow X Together said Monday their upcoming album captures the stories and sentiments of teens who are living in an unprecedented world amid the new coronavirus pandemic.

"Like everyone else, we were taken aback and confused by the situation that we're experiencing for the first time. Above all, it was sad not to be able to listen to MOA's cheering sounds when we perform on stage," Taehyun said during a media conference, referring to the group's dedicated fan base called MOA.

The singer of the group, also known as TXT, was speaking during a media showcase held in Seoul ahead of the release of the quintet's new album "Blue Hour" at 6 p.m. 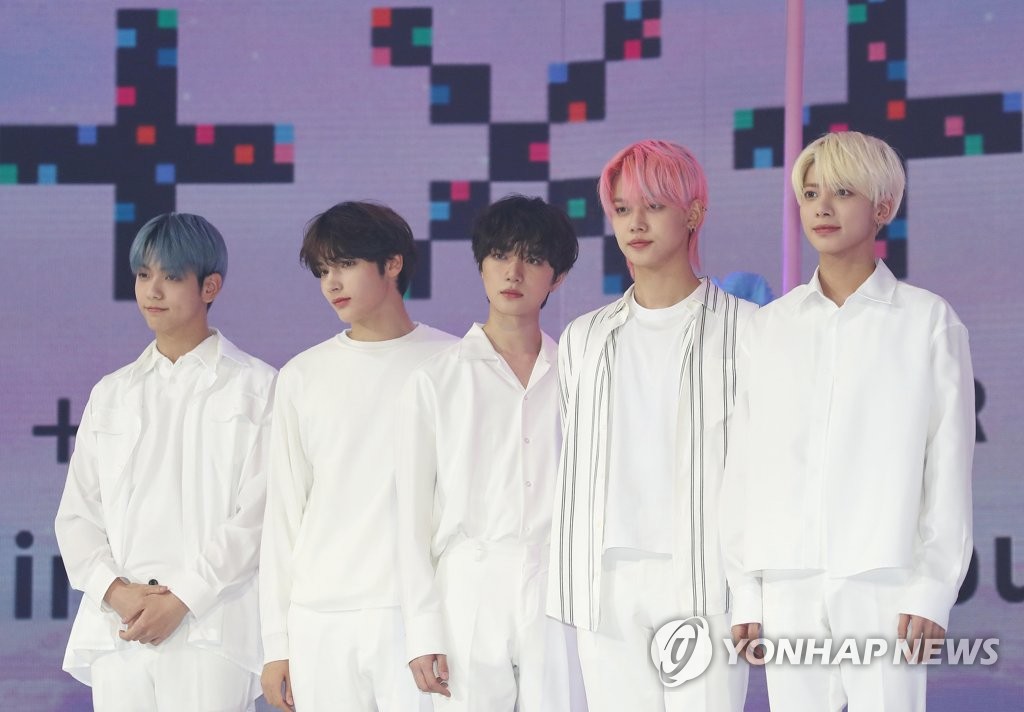 The TXT member, however, said going through the pandemic actually helped the boy band better prepare for the album.

"But that sentiment inspired us so that the album could come out well. 'We Lost the Summer' portrays the COVID-19 situation. It's a story about teens who cannot go to school and are living in a completely different world," he said, adding that the song would be relatable not only to teens but everyone experiencing the global pandemic.

Like their previous hit "Fairy of Shampoo," that remade a popular 1990s song, the latest song was also inspired by a '90s hit that was written when South Korea was facing the Asian financial crisis.

"We could relate well to the lyrics that reflected the reality. We hope that 'We Lost the Summer' could be relatable in 2020 like how Han's Band's 'Game Arcade' was relatable to the public in 1998," Huening Kai said. 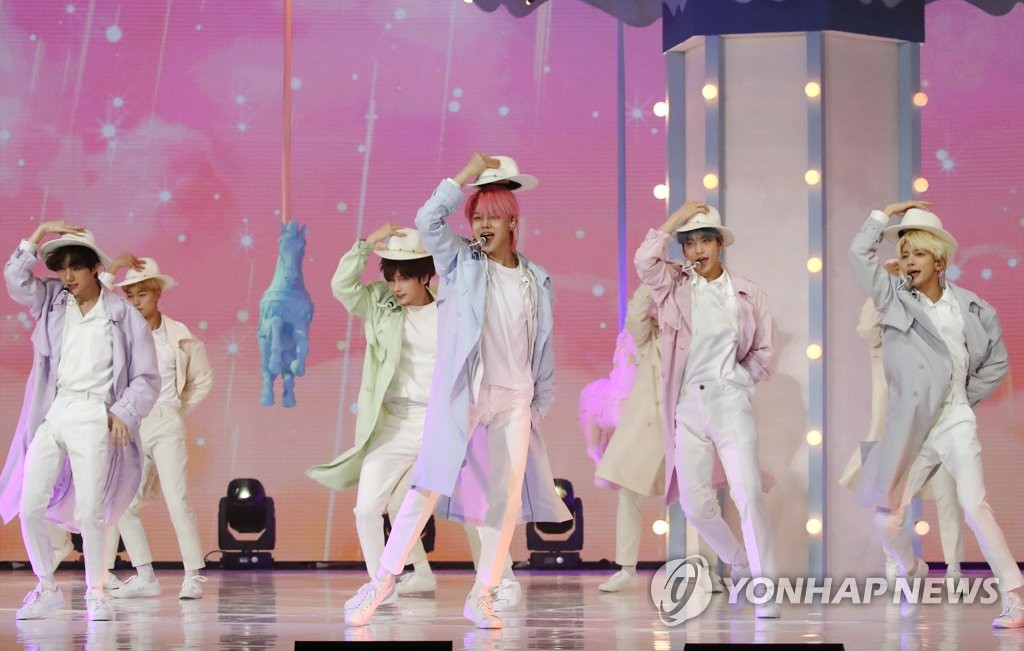 If "We Lost the Summer" is a song that proves relatable in the age of a pandemic, the album's main track, "Blue Hour," could uplift minds in a depressing year, like 2020.

The main track, with the Korean title that literally translates to "You and Me that were discovered in the sky at 5:53 p.m.," is an upbeat disco pop that portrays a boy who feels confused yet in awe when seeing the sky at that precise time between day and night.

The band's music video is a treat for the eye, with the five members dancing in a pastel-colored set. The background then shifts to the hilly ridges of Daegwallyeong in the country's mountainous Gangwon Province with the quintet dancing under a clear blue sky.

"It's an overall bright and energetic song. We hope to extend the disco fever that started with BTS," said Yeonjun, referring to the K-pop superstars who are also managed by Big Hit Entertainment.

Beomgyu added that the choreography for the song was inspired by the Korean title, with a dance that depicts a clock, asking fans to look out for other signature dance moves, such as the wing dance and the pair dance. 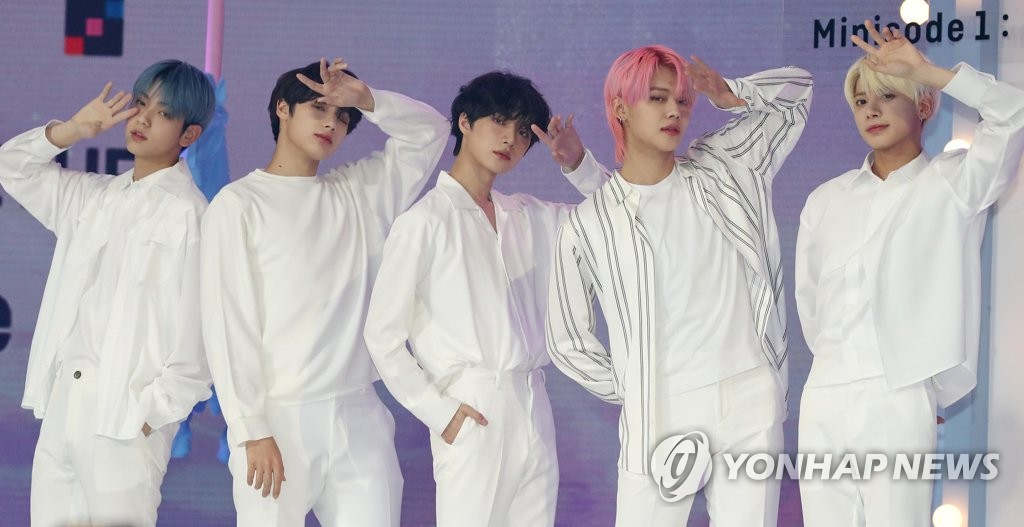 Other songs on the five-track mini album -- "Ghosting," "Wishlist" and "Way Home" -- all capture the sentiment of teens by focusing on narratives that they go through in everyday life.

Some of the members also took part in the songwriting for the tracks "Ghosting" and "Wishlist," which they said helped them share their stories more personally.

In fact, TXT picked relatability as something that has propelled the rookie band's popularity in the past year. The band debuted in March 2019.

"We feel that we are loved when we read posts from fans that they were encouraged or comforted by listening to our songs. Perhaps we are loved because the messages in our songs are relatable ones that a lot of people have experienced or will eventually go through," Soobin said.

TXT's new album appears more relatable than ever amid COVID-19

TXT's new album appears more relatable than ever amid COVID-19