In an away game against Burnley at Turf Moor in Burnley, Britain, on Monday (local time), Son headed in from close range after a headed pass from his English teammate Harry Kane in the 76th minute.

The winner is Son's eighth goal in the league's 2020-21 season and helped him take the lead in the Premier League scoring table, outnumbering Dominic Calvert-Lewin of Everton with seven and Patrick Bamford of Leeds United with six.

The South Korean attacker has scored 10 goals throughout this season, including two goals at the Europa League, to mark the fifth consecutive year of scoring at least 10 goals in a year.

It is also the 29th time that the prolific Son-Kane pair have combined for a Premier League goal. They are behind the pair of Chelsea's Didier Drogba and Frank Lampard who had linked up a record 36 times for league goals in total.

Thanks to Son's goal, Tottenham picked up a 1-0 win and rose to the fifth place on the 2020-21 Premier League standing. 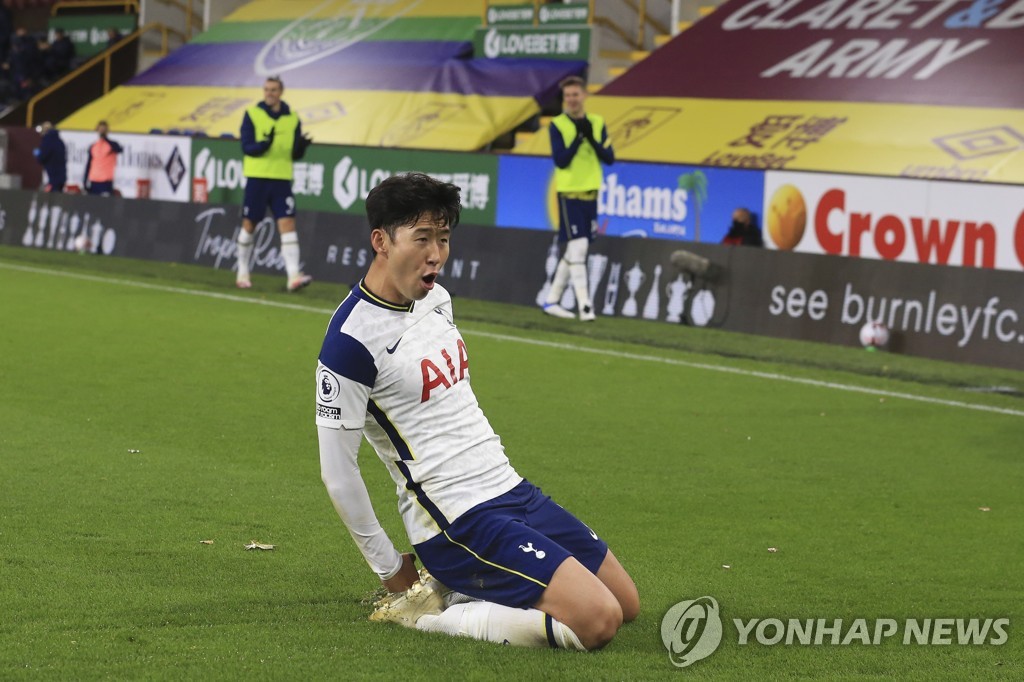