The new store, named T Factory, in the trendy neighborhood of Hongik University in western Seoul, will open on Oct. 31, according to the carrier.

SK Telecom said it is collaborating with the U.S. tech giants and Samsung Electronics Co. to showcase their latest products and services, including the carrier's cloud gaming service, launched in September with Microsoft. It added that the store will have a separate zone for Apple products. 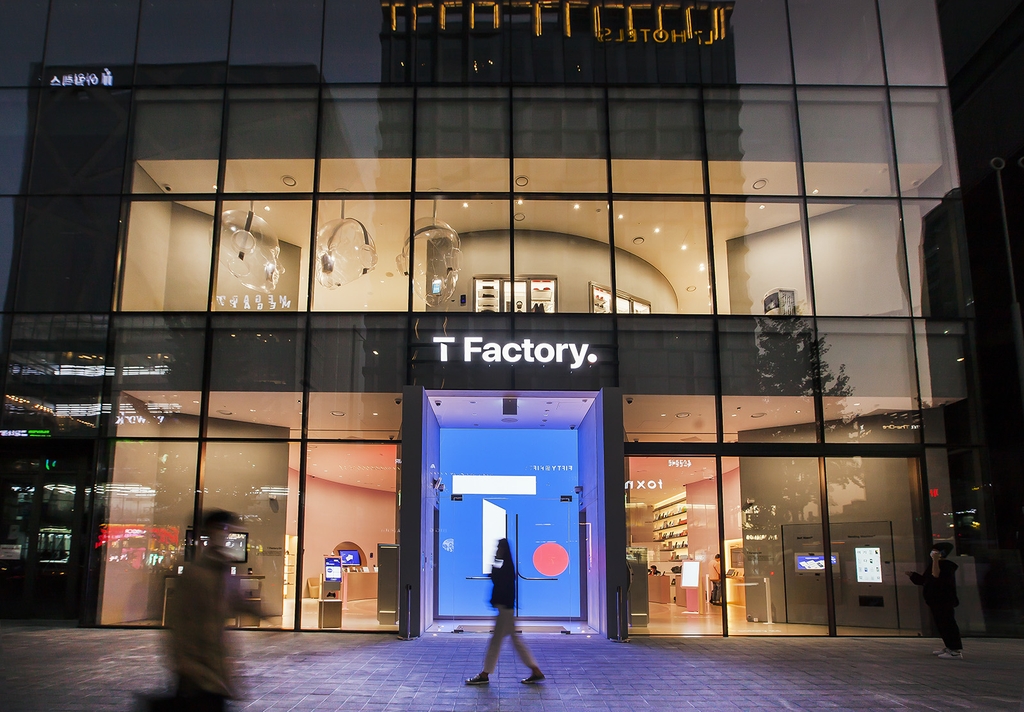 The flagship store will also feature an unmanned zone in line with social distancing efforts amid the pandemic, where users can purchase or sell phones through digital kiosks, and receive pay plan recommendations via artificial intelligence.

The company said the store will target millennials and the younger Generation Z by offering services popular among young customers, such as virtual reality (VR) and augmented reality (AR) content.

Local telecom operators have recently moved to cater to the interests of younger generations.

LG Uplus Corp. said earlier this month it opened a seven-story product showroom in southern Seoul in September by partnering with local establishments and services popular among young customers, such as a bookstore and a YouTube filming studio in partnership with Google.