SEOUL, Oct. 27 (Yonhap) -- The main opposition party on Tuesday designated two conservative lawyers as its share of members of a panel that will recommend the inaugural head of an independent body for probing corruption among ranking government officials.

The People Power Party (PPP) submitted letters of recommendation to the National Assembly for Lee Hun, a former chief of Korea Legal Aid Corp., and Im Jeong-hyuk, a former deputy of the Supreme Prosecutors Office.

The seven-member committee, if appointed by National Assembly Speaker Park Byeong-seug, will work to propose two shortlisted candidates for the chief of the Corruption Investigation Office for High-ranking Officials (CIO).

"We expect them to (help contribute to) selecting an independent and unbiased head of the CIO who will be unswayed by the (Moon) administration, as they are hailed as fair and just in the legal circle," PPP spokesman Rep. Kim Sung-won said after submitting the letters.

The recommendations followed more than three months of pressure from the ruling Democratic Party (DP) pushing to launch the CIO as early as possible.

Establishing the CIO is a key part of President Moon Jae-in's push for the reform of the state prosecution service and other powerful investigative institutions.

A law on the establishment of the CIO went into effect on July 15, but the official launch of the CIO has been delayed for more than three months, as the PPP refused to organize the recommendation committee. The DP submitted its picks for the committee members in late July. 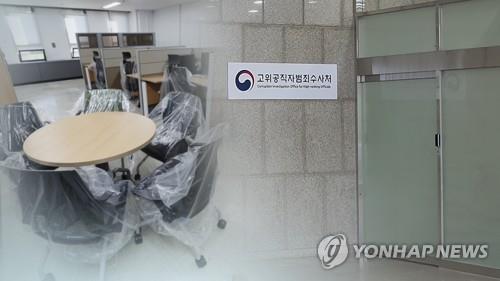 By law, the DP and PPP are each required to designate two members of the committee. The remaining three seats go to the justice minister, the head of the Department of Court Administration and the chairman of the Korean Bar Association. The committee is in turn required to come up with two final candidates for the top post of the CIO for the president to make his final choice.

The DP is planning to expedite the preparation process to launch and activate the CIO by the end of November.

The road to the final launch is, however, likely to be paved with another bout of bipartisan dispute.

DP members brought into question the qualifications of Lee Hun as a committee member Monday ahead of the imminent official recommendation. Party spokesman Rep. Choi In-ho said Lee has a record of labeling the legislation on the CIO's launch as unconstitutional during a previous press interview and accused the PPP of "intending to disrupt the launch" by enlisting the help of Lee.

Another DP representative, Yun Ho-jung, the chairman of the parliamentary legislation committee, also voiced concerns that possible exercise of veto power by the PPP-side of the committee members could paralyze the committee's proceedings.

"If (they) continue to exercise their veto power, the final appointment of the CIO's head will be rendered impossible," Yun said in a radio interview Monday.

Under the current law, the final CIO chief candidates can be selected upon consent from six out of the seven committee members.

Wary of the veto power, the DP is reportedly reviewing ways to amend the related law so that the final candidates require consent only from five, not six, of the seven committee members. 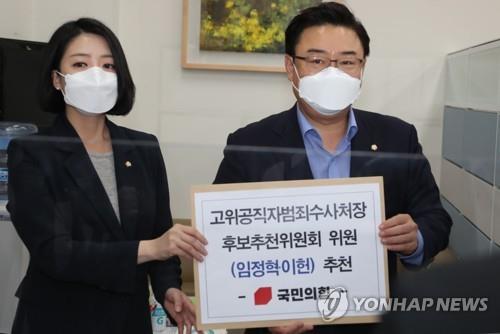