SEOUL, Oct. 27 (Yonhap) -- It depends on what you define K-pop as, but the Refund Sisters are probably not your typical K-pop stars.

Brimming with confidence and bad girl vibes, nothing seems to daunt the group's four divas -- soloists Uhm Jung-hwa and Lee Hyori, rapper Jessi and Hwasa of girl group MAMAMOO -- who seem to get along pretty well despite their age gap and different backgrounds.

In fact, the moniker Refund Sisters, otherwise known as Refund Expedition in Korean, comes from their strong girl demeanor that not even the most aggressive shop owner could say no to when asked for a refund.

Their song is even titled "Don't Touch Me," which includes fierce lyrics like "They all say (I'm) trouble, they say I look strong, so what" and "You dealing with a four headed monsta." 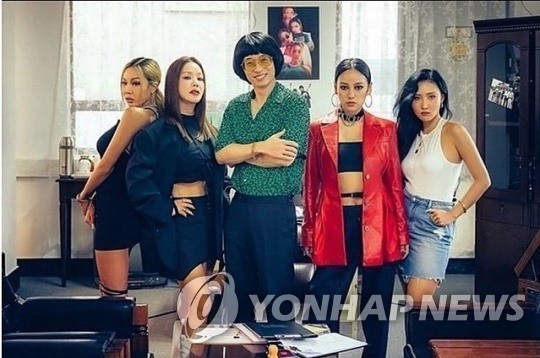 The project band first formed on the MBC reality show "Hangout with Yoo" hosted by comedian Yoo Jae-suk, with Yoo taking on the role of character Jimmy Yoo, an eccentric agency chief looking to form a new girl group.

The show centers around his quests in scouting the four women who use somewhat offbeat stage names like Manok (Uhm), Cheonok (Lee), Eunbi (Jessi) and Silbi (Hwasa), and helping them debut as a real-life K-pop group.

While Yoo's humble yet witty punchlines help the show move along, the gem of the show is the four women who nonchalantly play along as fictional characters while questioning norms and sharing their personal stories with warmth.

The four members demand handsome managers like actor So Ji-sub and often tease their agency head Jimmy and band managers.

Cheonok, the band's outspoken leader, is not afraid to break taboos. She talks about living with a boyfriend -- her real-life husband musician Lee Sang-soon -- and mentions visiting an ob-gyn to get ready for pregnancy.

In one televised episode, the members -- including Uhm and Lee who are in their 50s and 40s, respectively -- talk about the physical changes that come with aging. 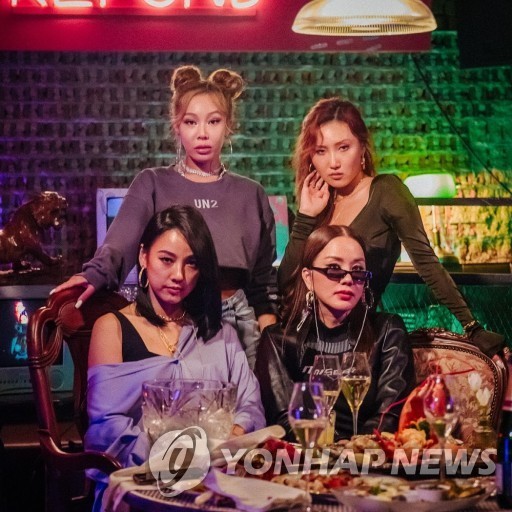 But it's not only the strong girl vibe that defines the team.

The group of veteran musicians -- whose careers stretch as far as back to 1987 for Uhm who started off as a chorus singer for MBC -- share their ups and downs in a candid tone.

In one episode that showed the group at a recording studio, Uhm appeared uneasy about singing her parts.

The versatile singer, who also has had a successful acting career, confessed that she had been going through difficulties singing following a thyroid cancer surgery.

After painful attempts, however, she wowed viewers and her group members by completing her part in a unique tone and proving the song's lyrics "I again show them by proudly making it" to be true.

Apart from the human drama, the comical chemistry and the horizontal relationship between the members, whose age gaps are not small, have made the group a fresh presence in a society where age and rank are considered key factors. 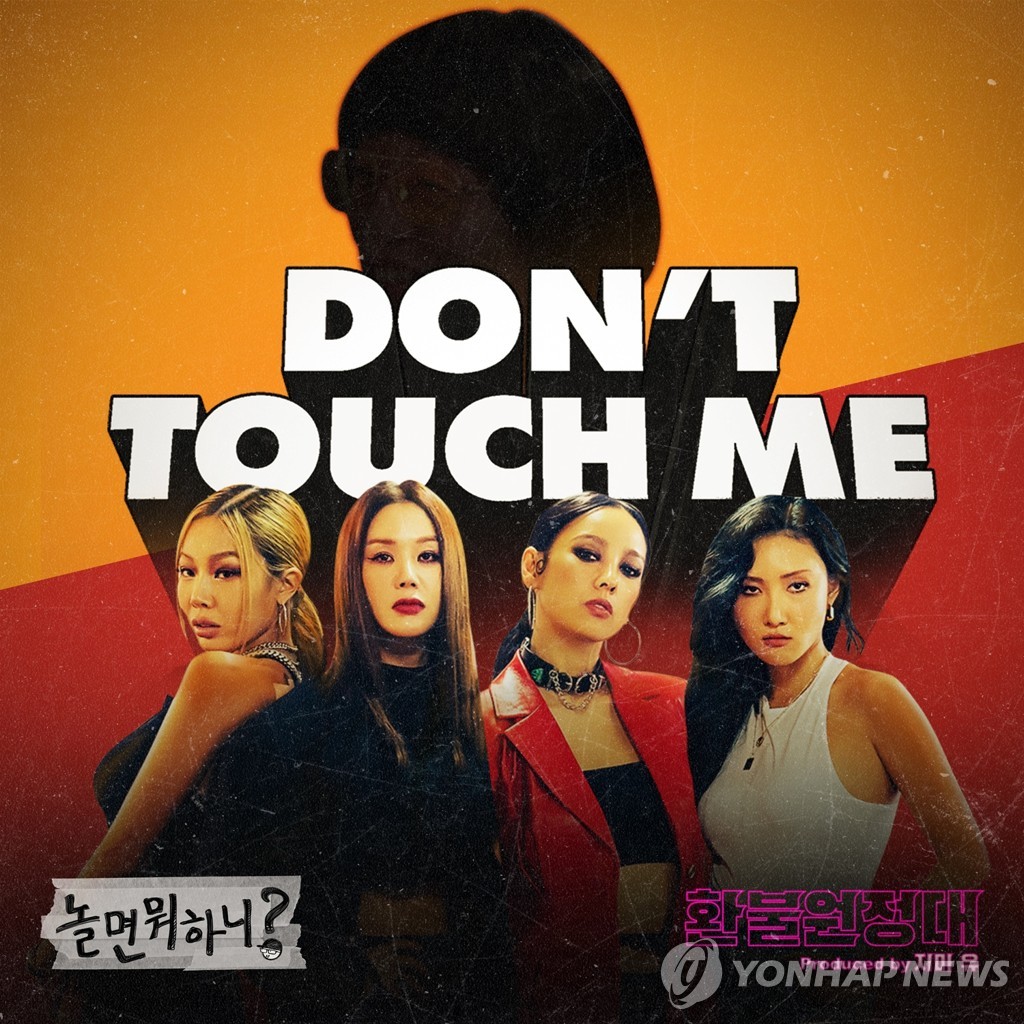 It was probably expected considering that the singers all had solid musical careers before joining the project, but their song has also turned out to be a massive hit.

The group's sole track "Don't Touch Me" has dominated digital streaming charts here, along with hits like BTS' "Dynamite" and BLACKPINK's "Lovesick Girls."

A video of their debut stage has racked up more than 10 million YouTube views in roughly a week, with fans cheering for their unlikely K-pop star.

"The definition of QUEENS," one person commented on the video, while another wrote: "This is what girl power is all about. Keep on slayin."