In the controversial recommendation, Seoul National University professor Kim Yoon and five other public interest members of the Economic, Social & Labor Council's health care committee said that expansion of medical school quotas is inevitable to raise the number of doctors in South Korea to the average of member countries of the Organization for Economic Cooperation and Development by 2040.

"Labor, management and the government have to increase quotas at domestic medical schools beginning 2022 to cope with the shortage of medical doctors. The number of clinicians should be raised from the current 2.4 per 1,000 people to 3.5 (2018 average of OECD member nations) in 2040," the recommendation said. 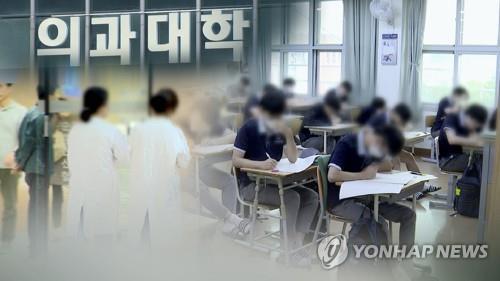 The latest recommendation is likely to reignite public debate on the issue of medical school quotas, as the government last month shelved its plan to expand the number of medical students by 4,000 over the next 10 years in the face of resistance from doctors and medical students.

Thousands of trainee doctors opposed to the increase of medical school admission quotas had staged a strike for 18 days until early September, when the government backed down and promised to suspend its medical sector reform plan.

The recommendation from the presidential advisory body's public interest members cannot be seen as a tripartite consensus but can have some influence on the legislative process at the National Assembly.

It also proposed that authorities strengthen supervision to reduce medical workers' working hours to the statutory working hours and minimize their overtime work.