(ATTN: UPDATES with additional remarks from the South Korean adviser regarding the end of Korean War declaration in last 10 paras)
By Byun Duk-kun 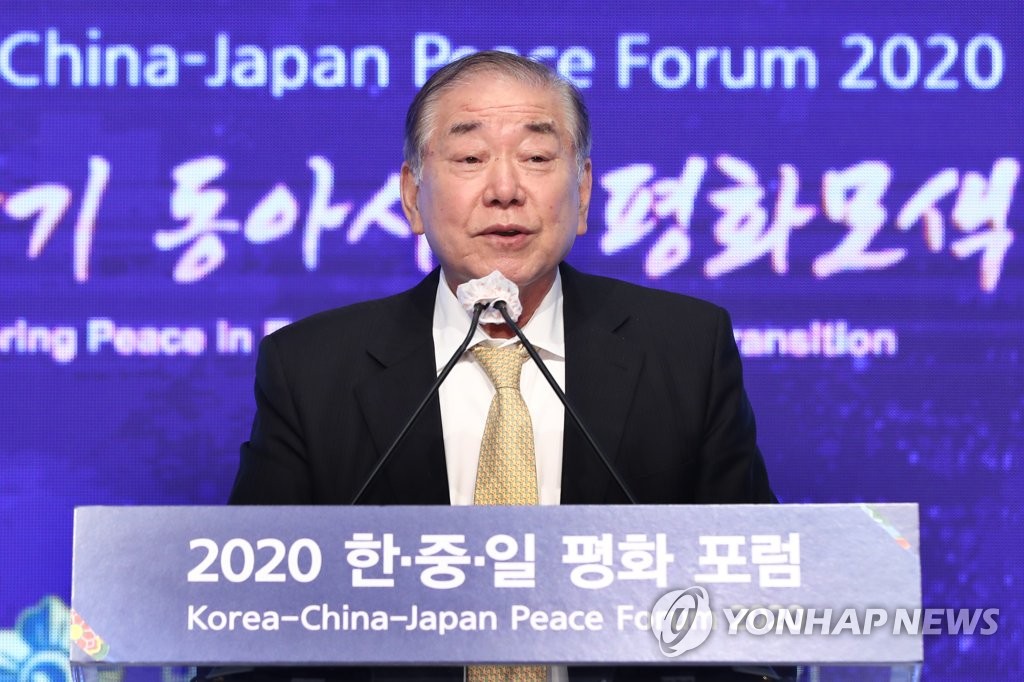 Instead, to promote peace and security on the Korean Peninsula, the special adviser said the countries must seek to declare a formal end to the Korean War as the start of North Korea's denuclearization process.

"Dr. Park Jin argues that the end-of-war declaration should be an exit rather than entrance," Moon said, referring to earlier remarks made at Tuesday's webinar by Rep. Park from South Korea's main opposition, the People Power Party.

"But I would argue in (a) different way. The end-of-war declaration should be an entrance that can facilitate the denuclearization of North Korea. as well as the overall peace process on the Korean Peninsula," the adviser added.

His remarks highlight a recent controversy over Seoul's intentions.

In a Sept. 22 speech at the U.N. General Assembly, President Moon called for international efforts to formally end the 1950-53 Korean War, saying the end-of-war declaration will open the door to North Korea's "complete denuclearization."

His call, however, prompted speculation that Seoul may be moving to make a concession to the communist North, despite Pyongyang's refusal to denuclearize, let alone return to the negotiating table.

Seoul's top national security adviser, Suh Hoon, earlier dismissed such concerns, saying the end-of-war declaration cannot be dealt with separately from North Korea's denuclearization process, and that only remaining issue is when such a declaration should or could be made.

Moon also dismissed concerns that a declaration of the end of the Korean War may lead to a drawdown or change in the status of U.S. Forces Korea.

"President Moon Jae-in made it very clear. The status of American forces in South Korea is a matter of alliance between Washington and Seoul. There is no room for North Korea to intervene in that issue," said the adviser.