SEOUL, Oct. 28 (Yonhap) -- South Korea said Wednesday it will allocate 194.4 billion won (US$172.5 million) next year for the development of robot technology in the latest move to brace for the post-pandemic era.

The figure represents a 32 percent hike from 2020, according to the Ministry of Trade, Industry and Energy.

Under the blueprint, South Korea plans to have robots play bigger roles in terms of assisting workers through 2022, and eventually have them operate autonomously by 2026, the ministry said. 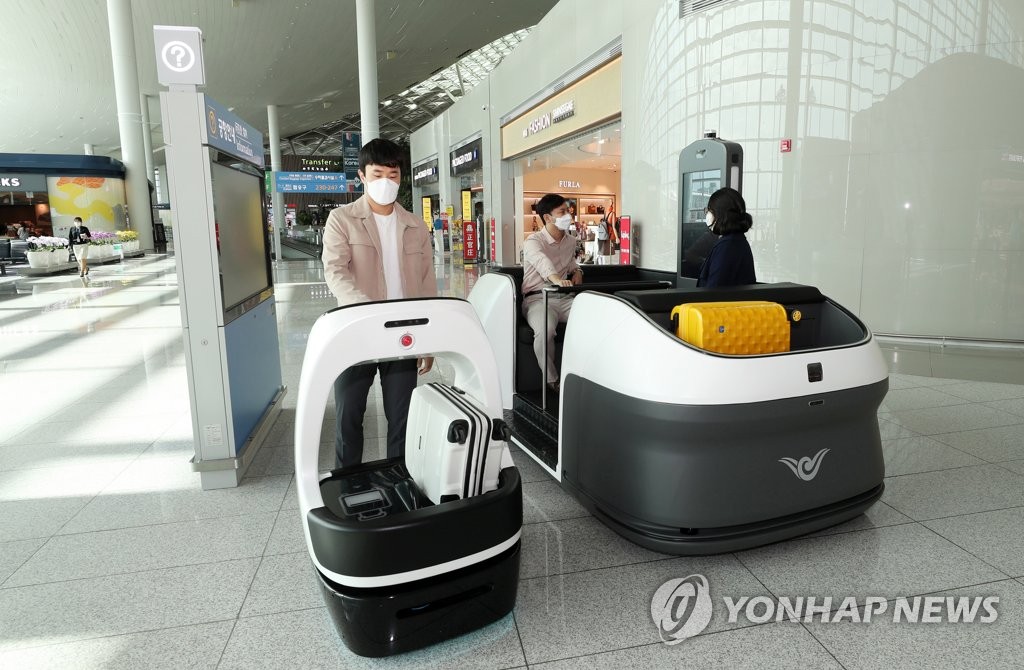 Over the period, the number of local professional robot companies could rise to 20 from just six in 2018.

South Korea plans to lift a set of regulations to pave the way for local firms to develop customized robots for four major areas, namely the industry, commerce, medical and public sectors.

The country has already kicked off efforts to revise 33 sets of related regulations in different industries.

For example, South Korea plans to come up with new laws to allow self-driving delivery robots to run on the sidewalk by 2025. South Korea will provide subsidies on the purchase of caretaker robots by 2024 as well.

Other projects also include setting new rules for valet parking robots or drawing up safety standards for those deployed in disinfection operations.

The ministry said the robot industry could help South Korea better prepare for growing demand for contact-free solutions. The country will be able to utilize robots to maintain social activities during a crisis such as pandemics, it added.