SEOUL, Oct. 28 (Yonhap) -- The funeral for late Samsung Group chief, Lee Kun-hee, was held in Seoul on Wednesday as his grieving family, friends and colleagues commemorated his legacy and accomplishments as one of South Korea's most influential business tycoons.

The send-off ceremony for Lee was held in a private manner at a funeral hall at Samsung Medical Center in southern Seoul around 7:30 a.m., with his wife, Hong Ra-hee, and his scions, including Samsung Electronic Vice Chairman Lee Jae-yong, in attendance.

Hyundai Motor Group Chairman Chung Euisun was also reportedly at the ceremony to pay tribute to the late business mogul.

The ceremony, which lasted about a hour, started with eulogies from Lee's longtime colleague and a high school friend introducing his achievements and sharing their memories with the late tycoon.

"I have been to many countries in the world, but I have never seen a man like him who did better than his father," said Kim Phil-kyu, K.P.K International chairman who knew Lee for more than 50 years.

The funeral procession for Lee, which was joined by former and current executives of Samsung Group, traveled to places where he left a footprint at Samsung, including his house, Leeum Samsung Museum, and Seungjiwon in central Seoul, which he often used as an office.

The procession, also visited Samsung Electronics' chip plants in Yongin and Hwaseong, both south of Seoul, where workers there lined up to catch a last glimpse of Lee, before arriving at his resting ground in Suwon where his ancestors are buried. 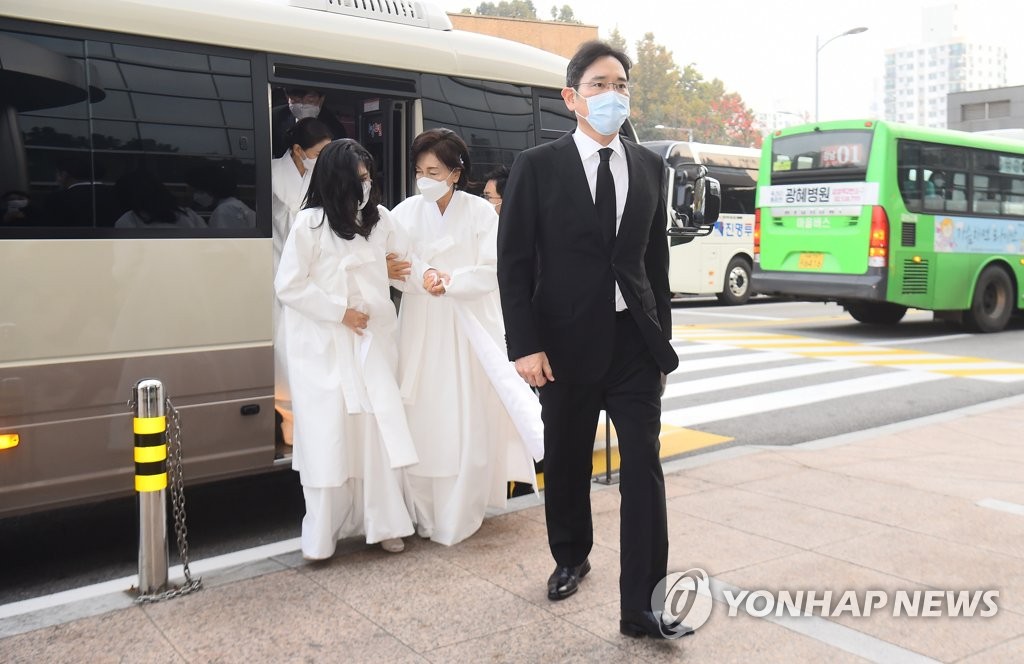 Samsung earlier announced that Lee's funeral will be held in a modest manner with family members, and it courteously declined visits from others amid the COVID-19 pandemic.

Lee has been recognized as a figure who led the tech giant to become the world's leading player in the semiconductor and mobile phone sectors with his unrivaled insights.

Born in Daegu in 1942, he officially inherited the Samsung crown in 1987 at the age of 45 when his father Lee Byung-chull, founder of the present day Samsung Group, died.

In his 33-year reign, Samsung Group saw its assets jump to more than 800 trillion won (US$708 billion) from 10 trillion won.

His only son, Jae-yong, is widely expected to serve as the new leader of Samsung Group, whose business portfolio ranges from tech and construction to finance and an amusement park. The 52-year-old Jae-yong has been the de facto leader of Samsung since his father collapsed in 2014 due to a heart attack. 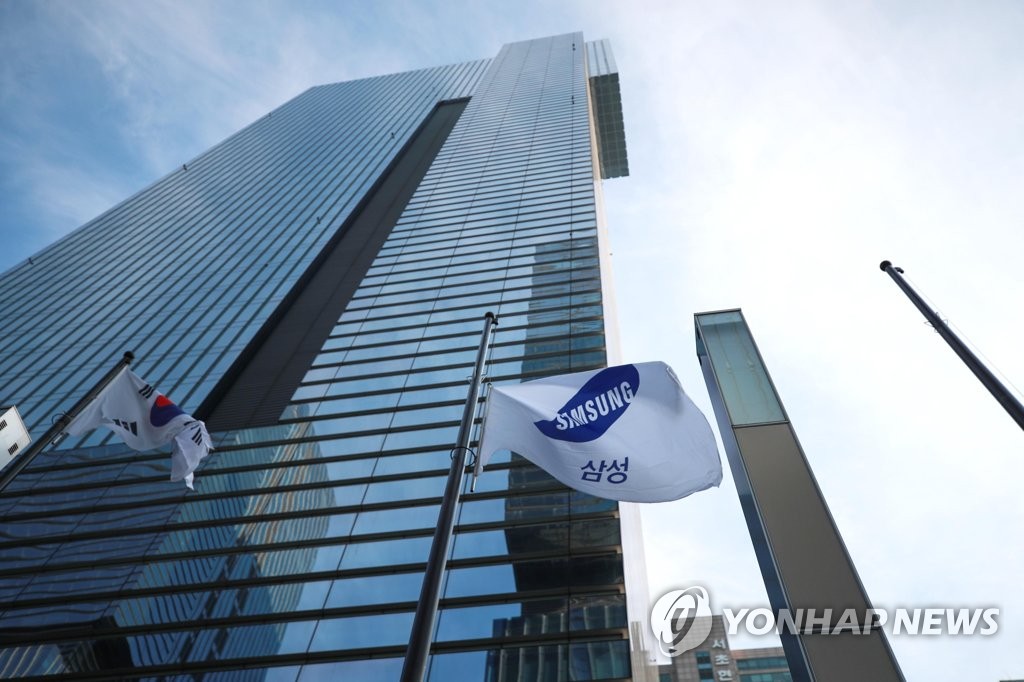