SEOUL, Oct. 28 (Yonhap) -- Ven. Pomnyun, a South Korean Buddhist monk renowned for his social activism, has won this year's Niwano Peace Prize and donated the entire US$191,500 in prize money to global causes, a local foundation he heads said Wednesday.

The annual Niwano Peace Prize, known as the Asian Nobel Peace Prize in religion, is awarded by the Tokyo-based Niwano Peace Foundation to a living person or an organization that has made significant contributions to world peace by promoting interfaith cooperation. 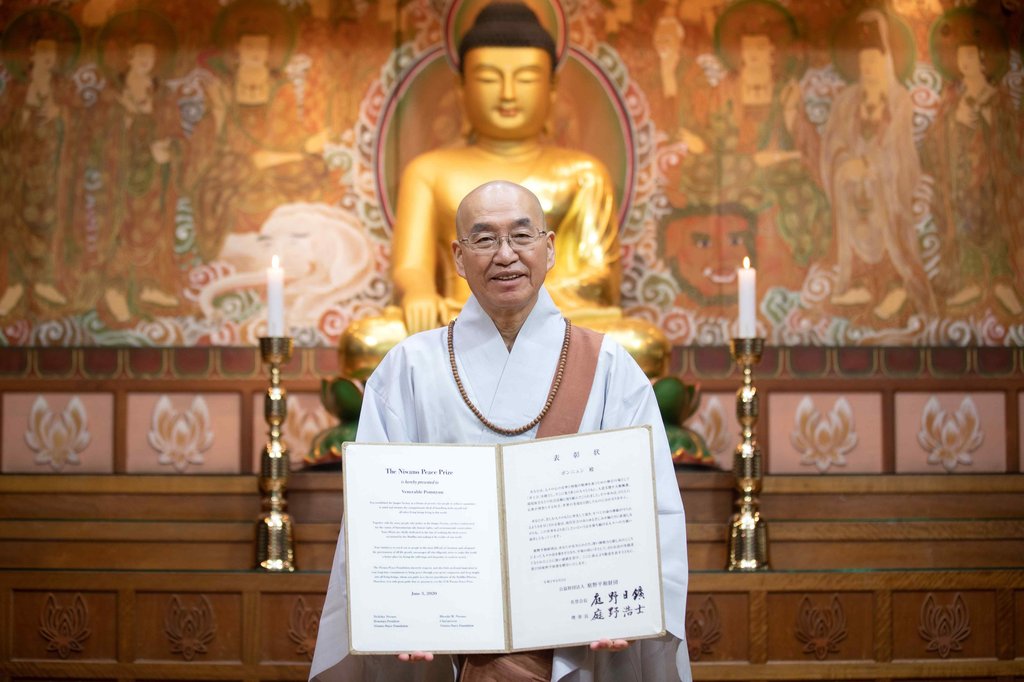 "During the last 30 years Venerable Pomnyun has dedicated to bringing peace to Korea, the region and to the entire world," a member of the prize committee said in an English press release announcing the monk's selection in February.

"He is committed to transforming the society into a peaceful place through his Peace Foundation and actively promoting North and South Unification through peaceful means," the committee member said.

The Peace Foundation bills itself as an organization focused on realizing peace and unification on the Korean Peninsula.

Another committee member said, "He has demonstrated a long and broad commitment to advancing peace within a Buddhist framework, in partnership with those of other faiths (particularly Christianity)."

The Zen master donated the entire 20 million yen (US$191,500) in prize money to the International Network of Engaged Buddhists, asking it be used to help women in poverty in Southeast Asia and for global efforts to fight the new coronavirus.

The monk received the prize during a ceremony Monday after the event had been postponed since June due to the COVID-19 pandemic.

The 67-year-old is famous for his ardor in promoting social and environmental causes, and for mentoring the public through his talks and books.