SEOUL, Oct. 28 (Yonhap) -- The main opposition People Power Party (PPP) on Wednesday doubled down on its demand that the president and the ruling party agree to launch a special counsel investigation into the high-profile Optimus and Lime financial scam cases.

"The Democratic Party claims that (the cases) are not abuses of power in nature. Then there is no reason for them to refuse a special counsel investigation," PPP floor leader Rep. Joo Ho-young said during a PPP general meeting at the National Assembly.

"If they are so confident, they should let Prosecutor General Yoon Seok-youl investigate or simply appoint an independent counsel."

Last week, the PPP submitted a bill calling for the launch of an independent counsel investigation into the snowballing fund scam scandals currently under investigation by prosecutors.

The PPP's Rep. Lee Young said she was skeptical of whether the administration had the willingness to uncover the truth. "The proper means of resolving public doubt is to disclose the cases' full picture through a neutral investigation by a special counsel." 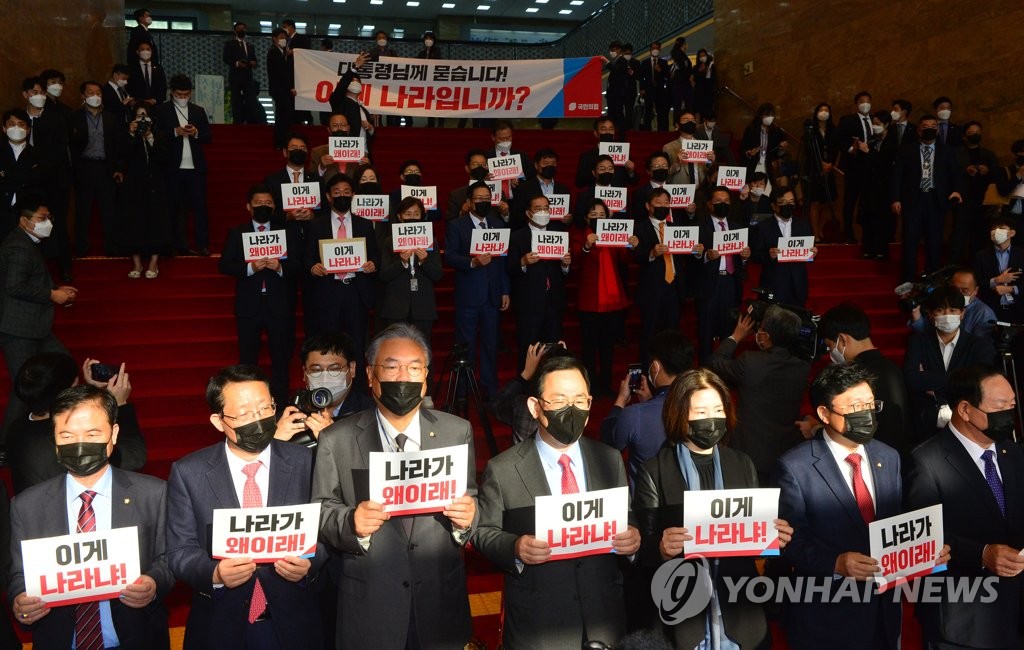 Private equity firm Lime Asset Management has been under a probe over its alleged cover-up of massive losses and subsequent suspension of fund redemption worth an estimated 1.6 trillion won (US$1.39 billion).

The scandal surrounding the Optimus Asset Management scandal centers on allegations that the company solicited funds worth about 1.2 trillion won from about 2,900 investors for investments in public institutions but actually funneled most of the money into risky assets, incurring huge losses for the investors.

The two cases are at the center of what could develop into a large political lobbying scandal, with allegations flying around that the equity firms illegally lobbied former and sitting ranking officials and politicians to cover up cases and evade investigations.

Tensions at the National Assembly escalated after the main opposition party staged an indoor rally at the building's main Rotunda Hall as President Moon Jae-in arrived to deliver a speech on next year's state budget. 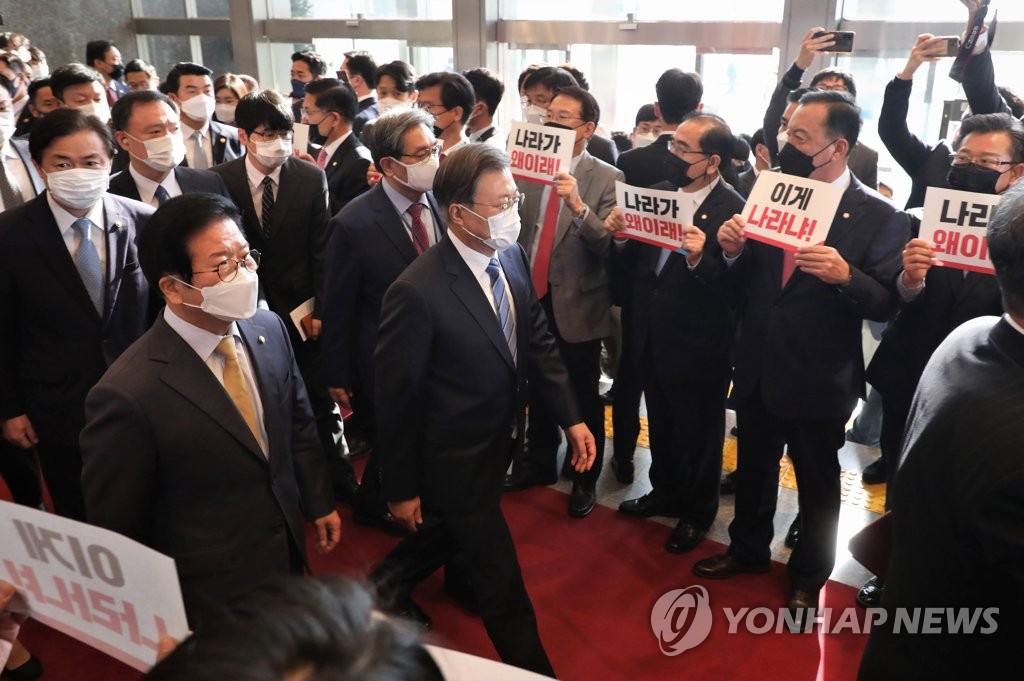 PPP Chairman Kim Chong-in and Joo both boycotted a customary meeting among Moon, the parliamentary speaker and political leaders that was held ahead of the presidential speech.

"Chairman Kim decided not to attend the meeting with the president to protest his unwillingness to investigate the Lime and Optimus cases through a special prosecution," said PPP spokesperson Rep. Kim Eun-hye.

According to PPP officials, Joo headed to the meeting but later turned back, apparently offended after the presidential security detail asked for identification and searched his body for possible threats.

PPP lawmakers booed and jeered inside the plenary chamber in protest of the body search by the presidential security detail.

"We've received a complaint that the Cheong Wa Dae security team searched the floor leader," Assembly Speaker Park Byeong-seug said. "We will check on this and take appropriate measures." 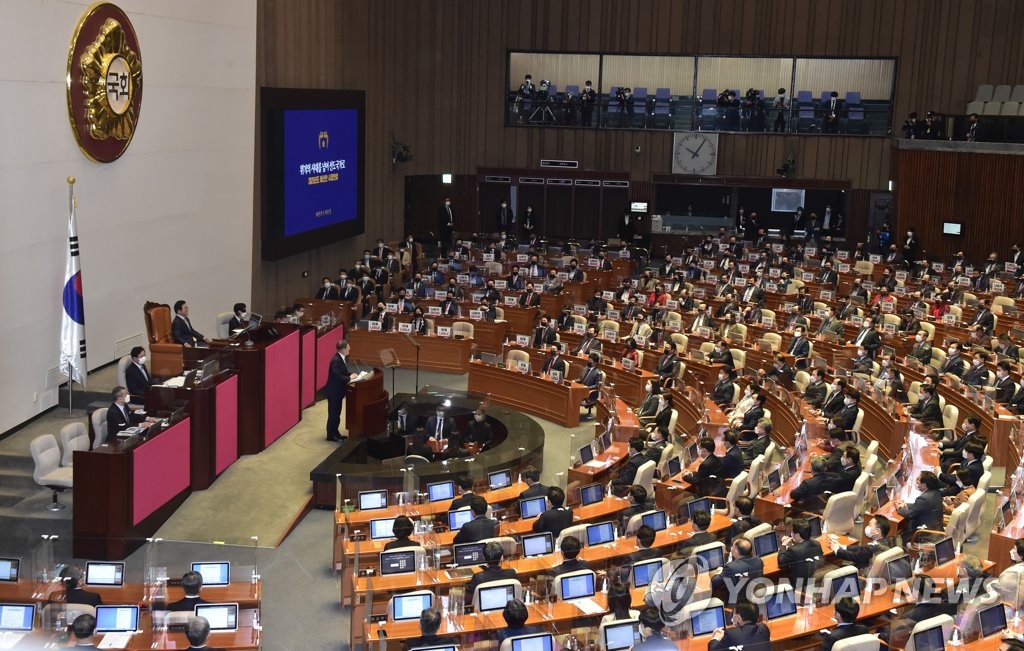