SEOUL, Oct. 28 (Yonhap) -- North Korea's official newspaper on Wednesday highlighted friendly ties with Laos on the occasion of the anniversary of the first summit between their leaders more than 50 years ago.

North Korea and Laos marked the 55th anniversary of the first summit held between then North Korean leader Kim Il-sung and Kaysone Phomvihane, the leader of the Lao People's Revolutionary Party, in 1965.

"(The summit) was a historic event that generated the precious tradition of friendly ties between the two countries that share socialism as their ideologues," the Rodong Sinmun, the organ of the North's ruling Workers' Party, said.

"That served as an important opportunity that has provided a boost for the peoples of the two countries in their struggles for autonomy, peace and social advance," the paper added.

The paper noted that current leader Kim Jong-un accompanied his late father Kim Jong-il in his meeting with Lao President Choummaly Sayasone during his trip to Pyongyang in September 2011, saying the two countries' friendly relations have continued to move forward. 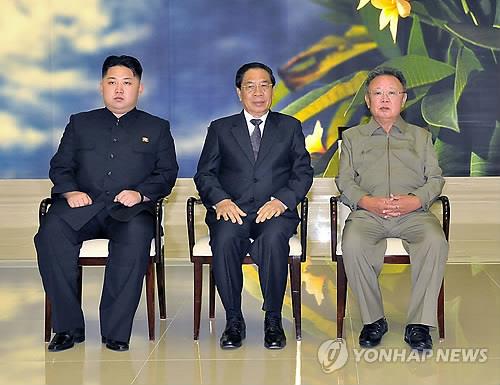