Big-name silver screen stars and filmmakers dressed to the nines walk down the red carpet for the glamorous opening ceremony, with bright camera flashes lighting up the night sky and wows and applause from spectators filling the air. At major venues of the fete, great numbers of film buffs from home and abroad stand in long lines in hopes of getting tickets for long-awaited titles, while some visitors watch buskers play music on the streets and others enjoy light snacks at food trucks. But the scene was quite different at this year's Busan International Film Festival (BIFF), which kicked off on Oct. 21 in a reduced format due to fears of the spread of the new coronavirus.

On Saturday, the usually crowded square at the Busan Cinema Center (BCC), the main venue of the festival in the southern port city some 453 kilometers south of Seoul, looked eerily silent and desolate. None of the usual ticket booths, food trucks or buskers attracted partygoers in high spirits.

Most of seats in the 5,000-seat outdoor theater were covered with posters of films chosen for the festival's 25th edition. Only a handful of people were seen sitting on small chairs and benches scattered for social distancing. 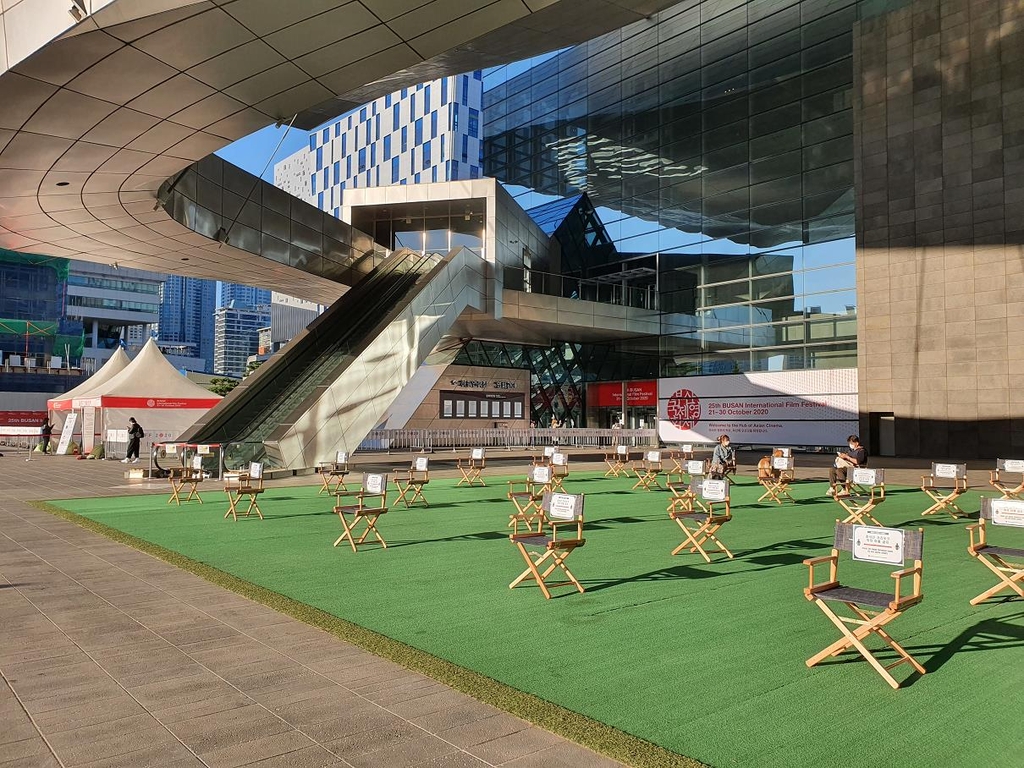 "I've been to BIFF for 10 years, but I've never seen the BCC plaza as empty and bleak as this year. I was surprised," Suh Boram, a Busan resident, said. "But I feel grateful and pleased that BIFF is opening anyway despite the COVID-19 pandemic."

The protracted novel coronavirus pandemic has forced organizers of most prestigious film festivals in the world to cancel or hold this year's events online.

The Cannes Film Festival canceled its 73rd event and instead announced a list of 56 official selections in June. The Venice International Film Festival was held in September in a restricted format without international guests and Hollywood-made films. 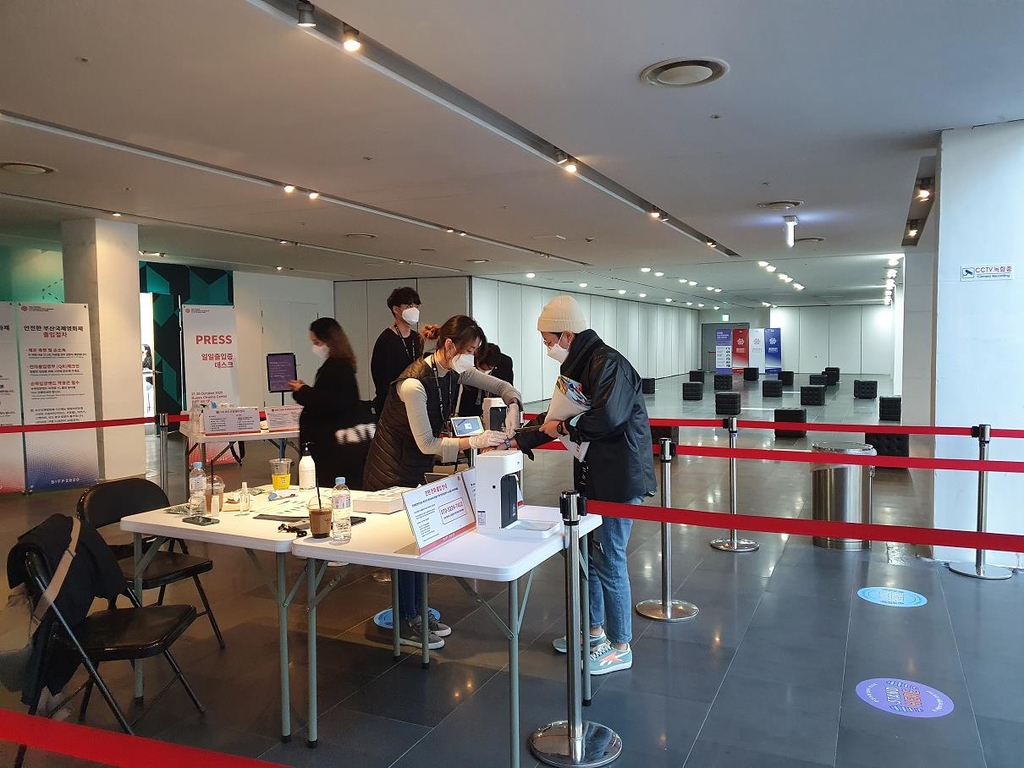 BIFF, one of the biggest film festivals in Asia with about 300 features, short films and documentaries, could also have been canceled due to a resurgence in local infection cases in South Korean in the summer.

Thanks to the flattened curve on better virus control measures, however, organizers of BIFF decided hold the festival at brick-and-mortar theaters in a hybrid version, screening each of its 192 invited films only at the BCC.

They canceled all outdoor events like opening and closing ceremonies, with no international guests participating in the 10-day festival. Other on-stage greetings like the "Open Talk" fan meetings and guest meeting events were all put off or shifted online.

All tickets have been required to be booked in advance and online to make it easy for health authorities to track records if necessary, with only 25 percent of normal seating capacity allowed.

At the same time, audiences have been required to comply with hygiene rules, such as two-meter distancing and wearing masks at screenings, and go through mandatory personal information checks before entering the hall. 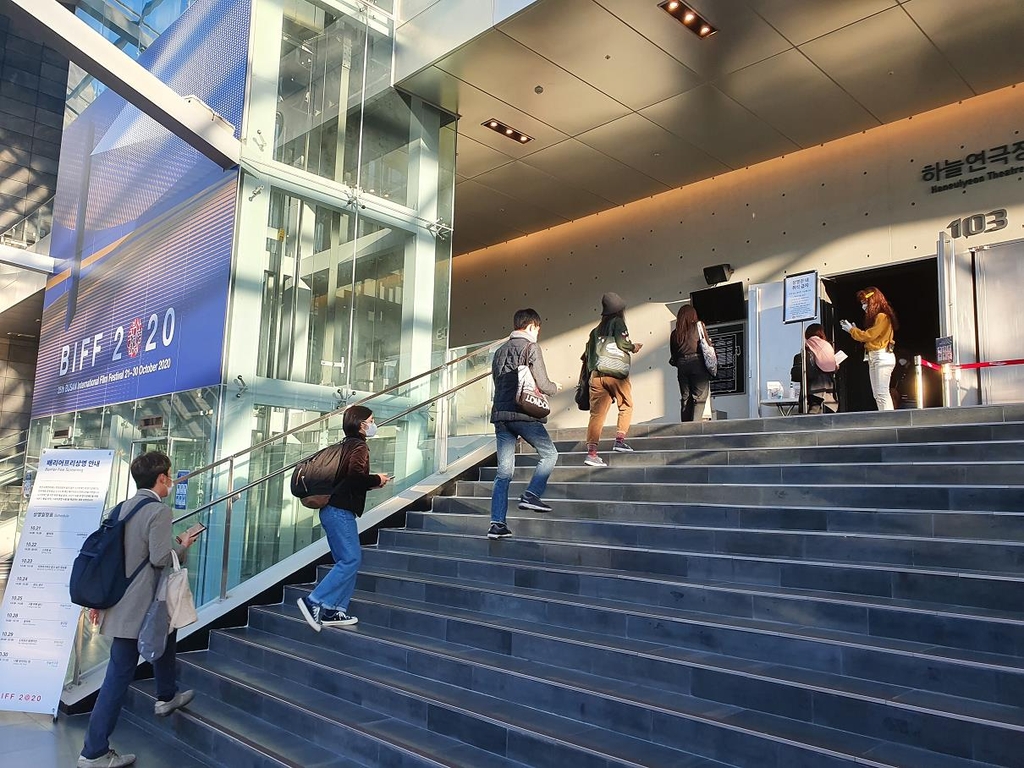 But a sharp drop in the number of screenings and the tedious entrance procedures did not matter at all to cinephiles, who have been eager to see this year's BIFF lineup that includes winners and nominees of the world's prestigious film fests.

Rather, they were concerned about the competition to get a BIFF ticket, which has become fiercer and like getting blood out of a stone.

About 90 percent of its 20,000 available tickets were sold as of Tuesday morning, according to the BIFF secretariat. Last year, BIFF posted nearly 200,000 admissions.

About 600 seats of the BCC outdoor theater sold out for the screening of the family drama "Minari," directed by Korean American Lee Isaac Chung. "Minari" won the top prize at this year's Sundance Film Festival. 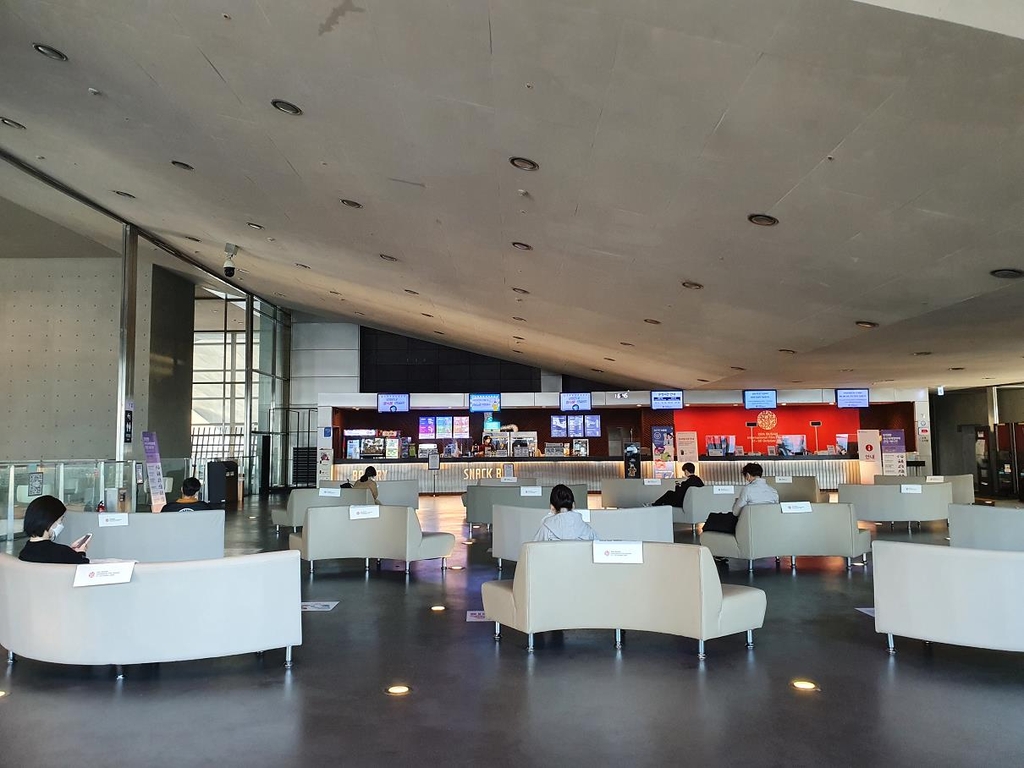 "I tried hard to get a ticket for 'Minari' but failed," said Lee Seung-jae, who was on a three-day trip to Busan for BIFF. "I wish there would be more screenings and chances so that I could see it."

But he said he is happy enough to fully enjoy the country's biggest film festival as he has succeeded in purchasing tickets for five films, including "Days of Green" and "Young Adult Matters."

"It seems too quiet and even gloomy as there is a limited number of people in this place," he said. "But I think this is good for hardcore film fans to concentrate solely on films in a relatively safe and relaxed condition."

The Busan film fest will finish its 10-day run on Friday with its closing film "Josee, the Tiger and the Fish," an animated remake by Kotaro Tamura of the 2003 film with the same name. 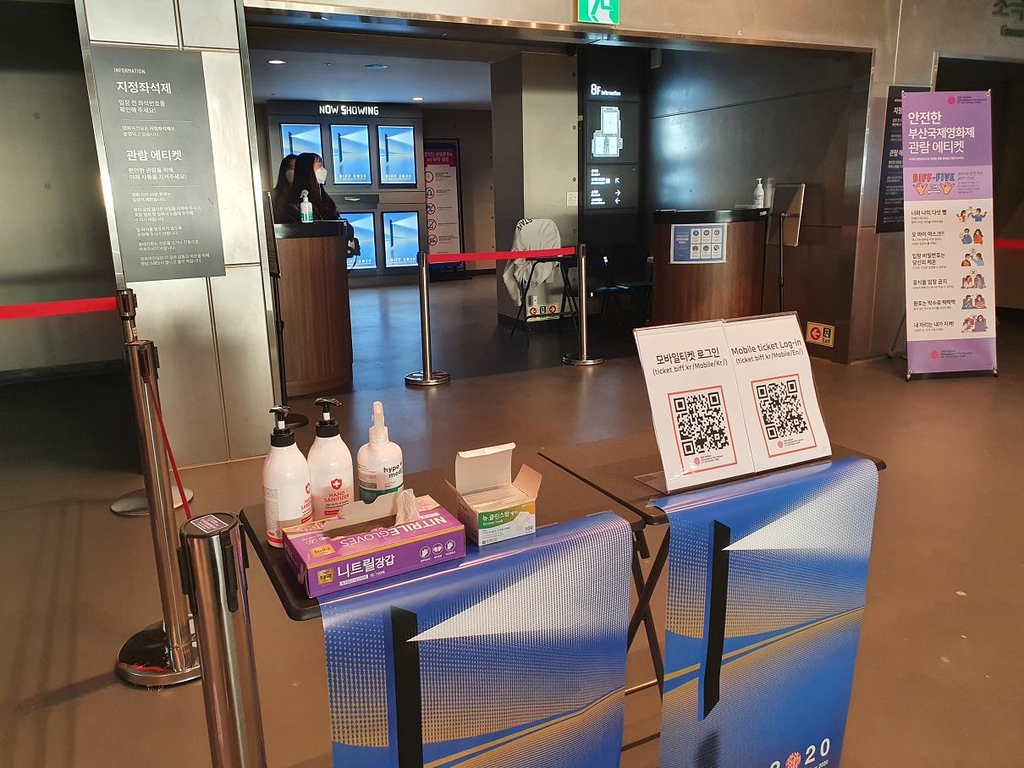