SEOUL, Oct. 29 (Yonhap) -- Diplomats of South Korea and Japan were set to hold talks in Seoul on Thursday that were expected to focus on a prolonged row between the two countries over Tokyo's wartime forced labor and export curbs.

The Japanese official, who doubles as the chief nuclear envoy, is also expected to meet separately with Seoul's top nuclear negotiator, Lee Do-hoon, for discussions on the Korean Peninsula and North Korea's denuclearization.

His visit comes at a time when relations between Seoul and Tokyo remain badly frayed over the issue of compensating Korean forced labor victims and Tokyo's export restrictions on Seoul imposed in retaliation for South Korean court rulings that ordered Japanese companies to pay damages to the victims.

South Korea has taken steps to auction off some of the South Korea-based assets owned by Nippon Steel Corp. to cash them out for the compensation.

Japan has warned of countermeasures if the procedure goes ahead and urged South Korea to come up with a solution, based on its claim that reparation issues stemming from the 1910-45 period when Korea was a Japanese colony were settled by a 1965 treaty that normalized their bilateral relations.

Also on the agenda for the talks are likely to be Japan's potential discharge into the sea of contaminated water from its Fukushima nuclear plant, to which Seoul is paying close attention in terms of potential environmental impacts. 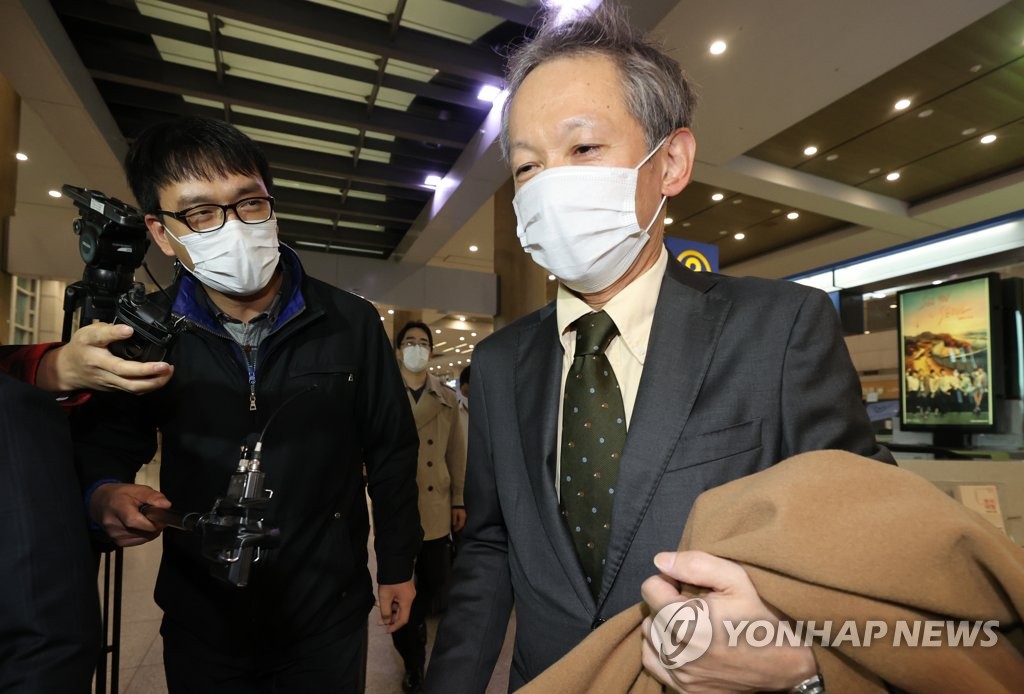