SEOUL, Oct. 28 (Yonhap) -- The South Korean foreign ministry reasserted Wednesday that the Korean War was caused by North Korea's invasion, rebutting a claim by a youth organization of the Chinese Communist Party.

In a Weibo posting on Sunday, the Communist Youth League of China denied the orthodox view that the 1950-53 conflict was triggered by North Korea backed by China and the Soviet Union. The group defined it as "a civil war."

"It's an internationally undeniable historical fact that (North Korea's) invasion of the South was the cause (of the war)," the Ministry of Foreign Affairs said in a statement in response to the claim.

"Debates about the cause of the Korean War and other related issues have been internationally settled, and the clear historical fact cannot be reversed," the ministry noted.

The ministry cited United Nations Security Council Resolutions 82, 83 and 84, which denounced North Korea's armed invasion of South Korea in 1950 as evidence of the historical fact.

"The (South Korean) government is keenly watching the related situation while communicating and taking steps with the Chinese side on issues of our interest," the ministry said.

The ministry made a similar point last week after Chinese President Xi Jinping cast the 1950-53 conflict as a fight against U.S. "imperialist invaders." 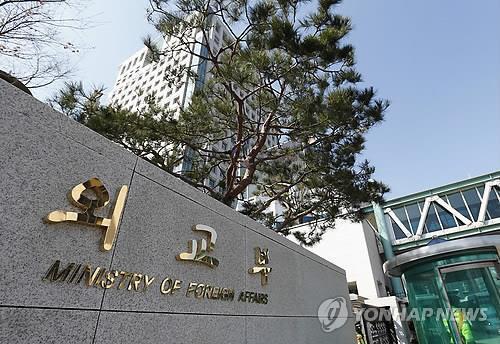