SEOUL, Oct. 29 (Yonhap) -- Journalists from eight countries participated in a video-linked roundtable conference Wednesday to discuss the role of the media in fighting the "infodemic" amid the COVID-19 pandemic.

The forum was hosted by Russian news agency Sputnik and gathered together journalists from South Korea, China, Vietnam, Singapore, the Philippines, Indonesia, India and Russia under the theme "Journalists' Responsibility: Fighting the Infodemic amid COVID-19."

As defined by the World Health Organization, infodemic means an overabundance of information, both accurate and not, that makes it hard for people to find trustworthy sources and reliable guidance when they need it.

"Never in our history have the media been under such criticism and scrutiny by all sides including governments, the public, and the left and right sides of the political spectrum," Vasily Pushkov, director of international cooperation at Sputnik, said. He served as moderator of the discussion.

The participating journalists shared challenges facing the media in combating fake news about the new coronavirus and verifying information against the backdrop of increased social distancing restrictions.

"We had a very difficult mission to correct those fake news because people tend to believe everything they see on the social media. Some didn't trust official news sources because they think reporters do not tell them all the truth," Tran Thi Thuy Duong, deputy head of the world news section of Vietnam's Tin Tuc Newspaper, said.

"Reporters in Vietnam can be viewed as soldiers fighting against fake news (on COVID-19)," she said.

Virginia Arcilla-Agtay, director of Philippines News Agency, said beyond its primary role of information diffusion, news media can also serve as "healers and hope givers" amid the pandemic, with its power to transform the mindset of the public.

"Such prompt response is supported by public awareness that is helped by frequent updates from the government," he added.

The moderator also stressed that South Korea's COVID-19 response provided a model case in the world's fight against the pandemic.

Yonhap News Agency was invited to the roundtable event as the chair of the Organization of Asia-Pacific News Agencies (OANA), which promotes exchanges and cooperation among news agencies in the Asia-Pacific region. 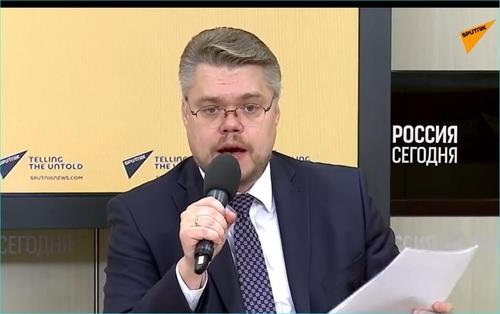