SEOUL, Oct. 29 (Yonhap) -- South Korea's top internet portal operator Naver Corp. said Thursday its net profit nearly tripled in the third quarter from a year earlier on the back of booming online goods transactions on its platform amid the pandemic.

Net profit reached 235.3 billion won (US$207.5 million) in the July-September period, up 176 percent from 85.3 billion won a year earlier, the company said in a regulatory filing.

Operating income reached 291.7 billion won in the third quarter, up 1.8 percent from the previous year. Sales reached the highest ever of 1.36 trillion won, up 24.2 percent over the same period, according to Naver. 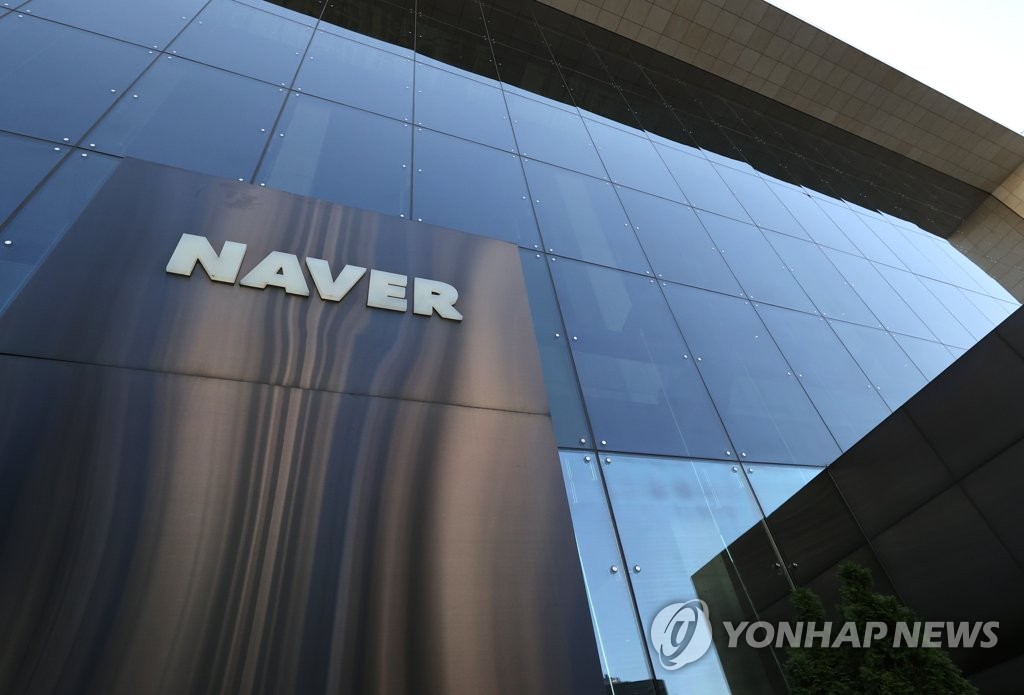 The record sales in the third quarter exclude those from its messaging firm Line, following recent regulatory approval in Japan over its merger with Yahoo Japan. When Line's revenue is counted, Naver said its total sales reached 2.06 trillion won.

"Naver saw great progress on the back of new growth drivers, including commerce, fintech, contents and cloud," Naver CEO Han Seong-sook said in a statement. "We will boost our global competitiveness through synergy from partnerships, such as with CJ, and Line's merger, which will serve as foundation for growth in the long term."

Revenue from Naver's commerce business in the third quarter increased 40.9 percent on-year to 285.4 billion won thanks to increased online shopping in line with virus restrictions.

Naver also pointed out the rapid growth in its monthly subscription service, launched in June, which provides easy access to its content services and benefits in shopping services.

"Members have surpassed 1.6 million," Naver CEO Han Seong-sook said in a conference call. "We aim to reach 2 million by the end of this year."

The company's flagship search platform, which covers its ads business, also grew, with its sales rising 8.2 percent on-year to 710.1 billion won during the same period.

Revenue from its cloud business soared 66.2 percent on-year to 76.3 billion won in the third quarter as demand grew amid the remote working trend due to the pandemic.

Content sales rose 31.8 percent to 115 billion won over the same period due to increased global demand for its webtoons.

The company said global transactions from its webtoon business rose 40 percent on-year in the July-September period.

The CEO added that the company is currently forming a long-term environment, social and corporate governance (ESG) strategy to deal with risks, including climate change, data privacy and fair trade.

The comments come after South Korea's corporate watchdog, the Korea Fair Trade Commission, earlier this month accused Naver of manipulating search algorithms in favor of its own online shopping site and imposed a 26.7 billion-won fine.

Naver has said it is considering disputing the decision in court.