SEOUL, Oct. 29 (Yonhap) -- The U.S. Forces Korea (USFK) has placed the popular nightlife district of Itaewon in central Seoul off-limits for the upcoming Halloween weekend to prevent the spread of the new coronavirus.

The multicultural district has been popular among foreigners and some South Koreans for Halloween celebrations, but concerns have risen over possible COVID-19 infections among partygoers. Itaewon clubs were key sources of cluster infections in May. 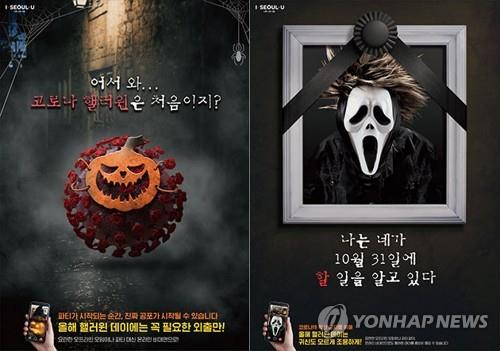 "The Itaewon entertainment district is off-limits to all USFK-affiliated personnel, between 3 p.m. Oct. 31, until 9 a.m., Nov. 1, because of the increased public health threat," a USFK official said during a Facebook broadcast Wednesday.

Noting that the measure is "due to the sheer number of people that are likely to attend this event from throughout Seoul," the official said that travel to Itaewon during that time could be considered a violation of the military's public health emergency guidelines.

Earlier this month, USFK eased anti-coronavirus restrictions for its personnel in the greater Seoul area, and it has placed the second-lowest warning level of "Bravo" across the peninsula, allowing its members to dine at restaurants and conduct off-base activities.

But the command continues to ban its personnel from visiting clubs, bars and adult-only establishments across the country.

"No Mask, No Candy! Trick or Treaters must wear masks if social distancing is not possible. Costume masks are not a substitute for a cloth mask," the official said, calling for gloves to be worn when distributing candy and contact-free methods of candy distribution.

"Be safe and have fun. Do the right thing. Don't go to Itaewon. Remember, 'I didn't know,' doesn't work as an excuse during COVID," he added.

The South Korean health authorities have also warned of risks associated with such large gatherings. Popular clubs in Itaewon and other key entertainment districts, such as Hongdae and Gangnam, have said they will close this Halloween weekend as a preventive step.

On Thursday, South Korea added 125 more COVID-19 cases, including 106 domestic infections, raising the total caseload to 26,271, according to the Korea Disease Control and Prevention Agency (KDCA). 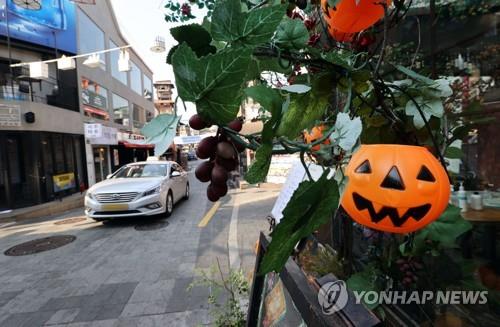