SEOUL, Oct. 29 (Yonhap) -- South Korea discovered hundreds more bone fragments believed to be from soldiers killed in the 1950-53 Korean War and thousands of artifacts used by troops, including from the United States and China, this year inside the Demilitarized Zone (DMZ), the defense ministry said Thursday.

The military resumed a demining and excavation operation on Arrowhead Ridge on the border with North Korea in Cheorwon, some 90 kilometers northeast of Seoul, on April 20 after months of hiatus during winter to continue the project launched in 2019. 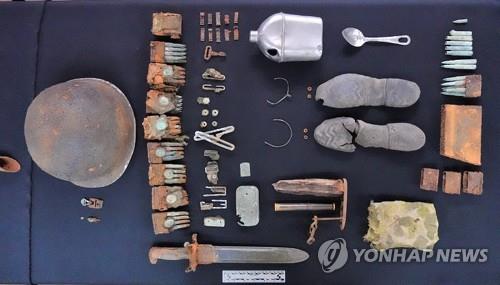 Through the six-month operation, the military has discovered about 300 pieces of bone believed to belong to around 130 soldiers, including 30 near-perfect skeletons, on the hill, which was one of the fiercest battlefields during the war.

It also found 17,000 articles of 106 types believed to have been left by deceased service members, including five sets of body armor used by the U.S. troops and 28 gas masks by Chinese soldiers, according to the ministry.

The number of bone fragments found on the ridge since last year stood at 2,335 and the artifacts at 85,074, the ministry noted.

This year's excavation work will continue through the end of November, and the authorities have been carrying out a detailed examination and DNA analysis to identify the origins of the bone pieces and items.

"We will do our best to find and bring back the last remaining victims to their loved ones," the ministry said in a release.

"The ministry will proactively make preparations for the resumption of the joint excavation work with North Korea at any time and continue to make efforts to encourage the North to respond to the project just as agreed upon in the Sept. 19 pact," it added. 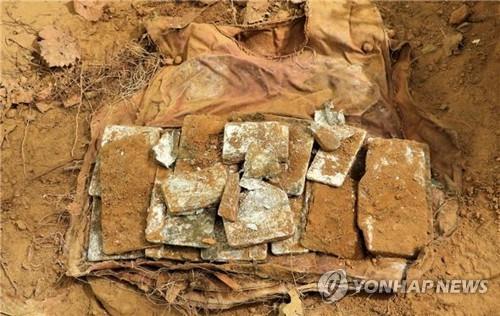 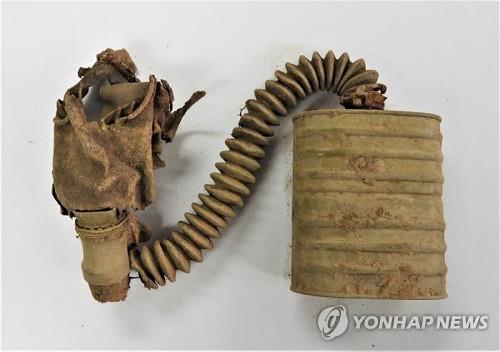