SEOUL, Oct. 31 (Yonhap) -- In a local classical music competition back in 2009, Kim Gihoon was waiting for the result of the first time he ever sang in public. The host of the contest did not call his name from the list of vocalist winners and moved on to musical instrument sections.

"I thought the other vocalists had done far better than me. I was so ashamed of my singing and wanted to go back home," Kim said in an interview with Yonhap News Agency on Wednesday. "But my name was called at the very end. It was the grand prize. That was my first trophy in my life." 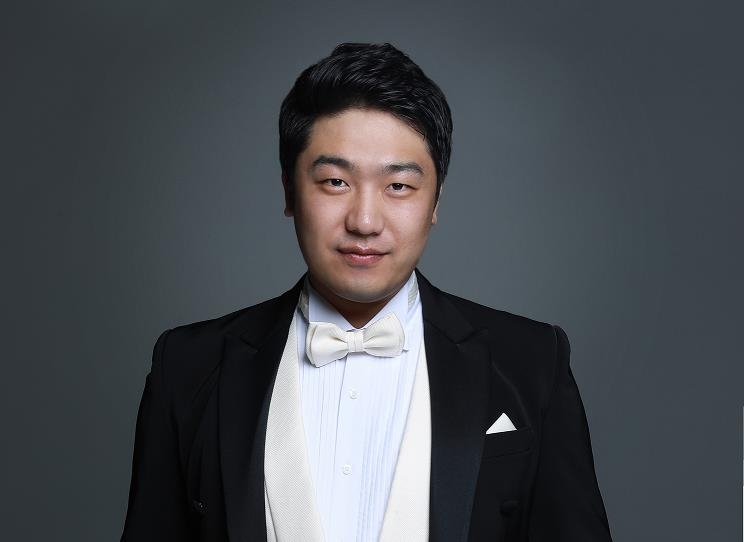 Born in a small rural town of Gokseong, South Jeolla Province, Kim started to learn operatic singing when he was 18 years old. Until then, he just imitated classical singers on TV and did not show this secret ability to his mother and father.

His parents, who did not have professional musical careers, did not allow their only son to devote himself to classical music or other arts, even though Kim was good at many things like singing, playing the piano and Korean traditional music, drawing and even studying.

"A vocal professor, who visited a singing session of the church choir, was surprised after hearing I sing like a classical vocalist," he recalled. "Then, he suggested I pursue vocal studies and tried to convince my church pastor and parents."

But it was not enough to have his parents change their mind. Kim traveled to Gwangju, the biggest city near his hometown, to get verified that he could become a world-class singer.

"My father gave me a few months to see how the first step of my vocalist career would go," he said. "Within three months, I had swept all classical music competitions in South Jeolla Province. Since then, my parents have become my biggest supporters."

The collection of No. 1 prizes in the short period of time, showing Kim's bigger-than-expected potential, helped him enter Yonsei University and learn the basic skills of operatic singing.

"When I first started singing, I didn't have the technique or experience to control my breathing and deliver long songs," he said. "I had to rely more on my talent. I thought I was like a machine that makes sounds." 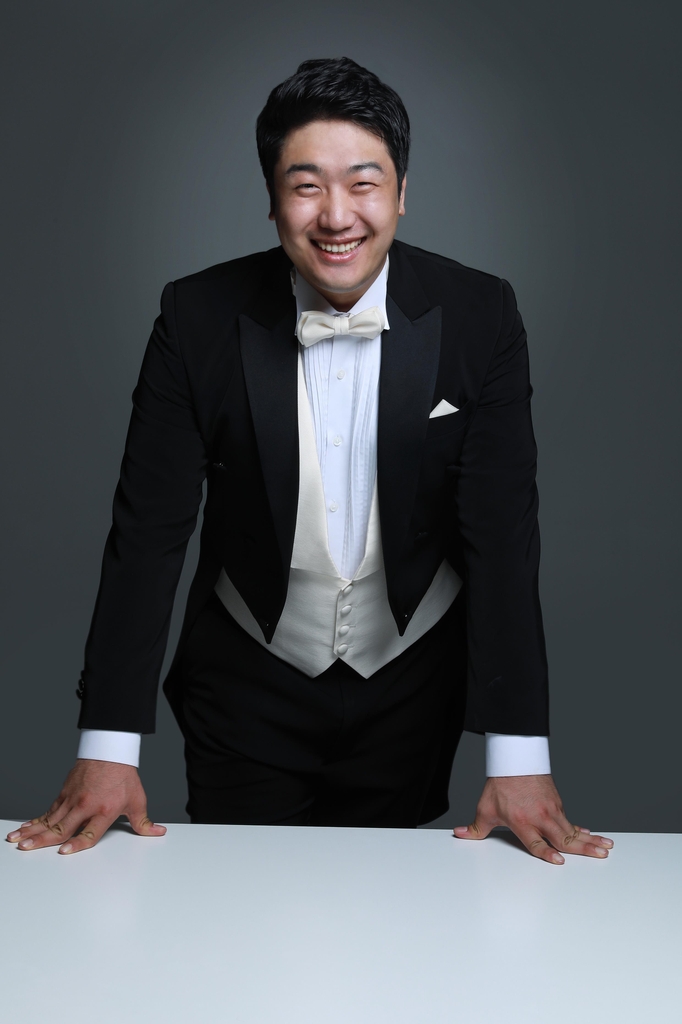 In particular, he is one of the four South Korean male vocalists who have won a medal at the quadrennial Tchaikovsky contest since 1966.

Ironically, the go-getting singer attributed his rapid and great accomplishments in the competitive classical music scene to the belated start of his singing profession.

As he started with a clean slate, he has no bad habits or unnecessary routines that some of his colleagues developed.

"It is easy to draw a picture on a blank sheet of paper. Many people are struggling to change their long-lasting bad habits," said the 29-year-old baritone singer. "But for me, as an upstart singer, I can easily change my habits or routines because they are new."

For Kim, who has been on a roll since he first came across classical music, the novel coronavirus pandemic is not a tragedy but rather, it is a fluke that has given him a rare break for the first time in about 10 years.

His overseas schedules have been wiped out since March, with his concerts and recitals in the United States having been canceled until September next year.

Now, he is staying at home in Gokseong with his parents and enjoying his daily life that he has missed for a decade.

"I'd never rested since I started singing. I went to college, served in the military and participated in a number of competitions," he said. "Thanks to this long break, I'm so much more relaxed than I've ever been in my life."

A fully rested Kim will have a gala concert titled "Opera Passion" with three other opera singers next Saturday at Lotte Concert Hall in eastern Seoul.