SEOUL, Oct. 29 (Yonhap) -- The Combined Forces Command (CFC) will host a virtual K-pop concert next week to mark the 42nd anniversary of its foundation and the 70th anniversary of the alliance between South Korea and the United States, the U.S. Forces Korea (USFK) said.

The ROK-US Alliance Concert will be livestreamed on USFK's Facebook account on Nov. 6 starting at 6 p.m., featuring artists including Lovelyz, YooA of Oh My Girl and Chung Ha, as well as taekwondo, dance and traditional music performances, according to the U.S. military.

For that role, CFC has operational control over more than 600,000 active-duty military personnel of all services of both countries. 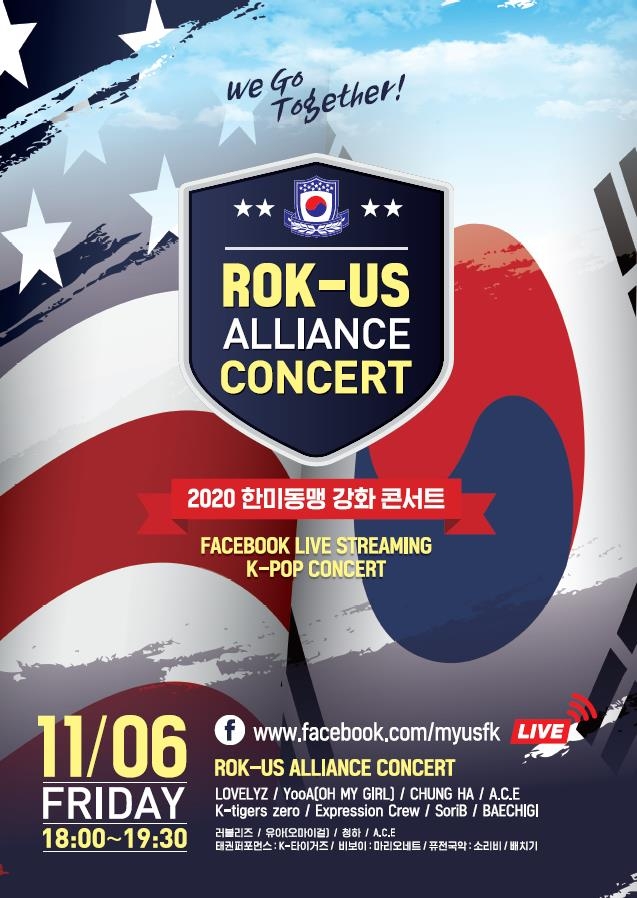