SEOUL, Oct. 29 (Yonhap) -- The South Korean baseball league announced Thursday its postseason participants will play before larger crowds than they did during the regular season, while also unveiling tighter health protocols for both players and fans during the ongoing coronavirus pandemic.

The Korea Baseball Organization (KBO), following talks with the sports ministry and national health authorities, said the cap on the crowd size will be raised to up to 50 percent for the postseason, which begins Sunday. Currently, teams are filling up about 30 percent of seats. 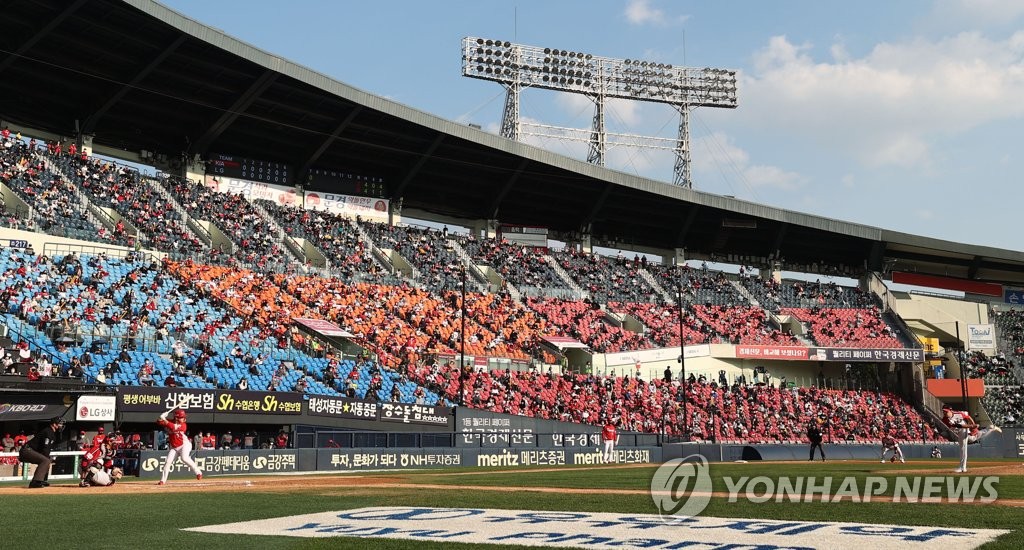 The KBO opened its regular season on May 5, over a month behind schedule, because of the coronavirus outbreak. Teams played without fans until late July, when a steady decrease in new COVID-19 cases allowed them to swing open their stadium gates.

They were forced to close things up again by mid-August, due to a sudden spike in virus cases, and had to wait until Oct. 13 before fans could start attending games again.

And as more seats will be available for fans, the KBO has tightened its health and safety protocols.

While only half the stadium will be filled, the KBO will still operate enough security forces and ushers for a sellout crowd. They will pay particular attention to postgame exit for fans to make sure they are spread out as they leave, instead of getting stuck in a crowd. 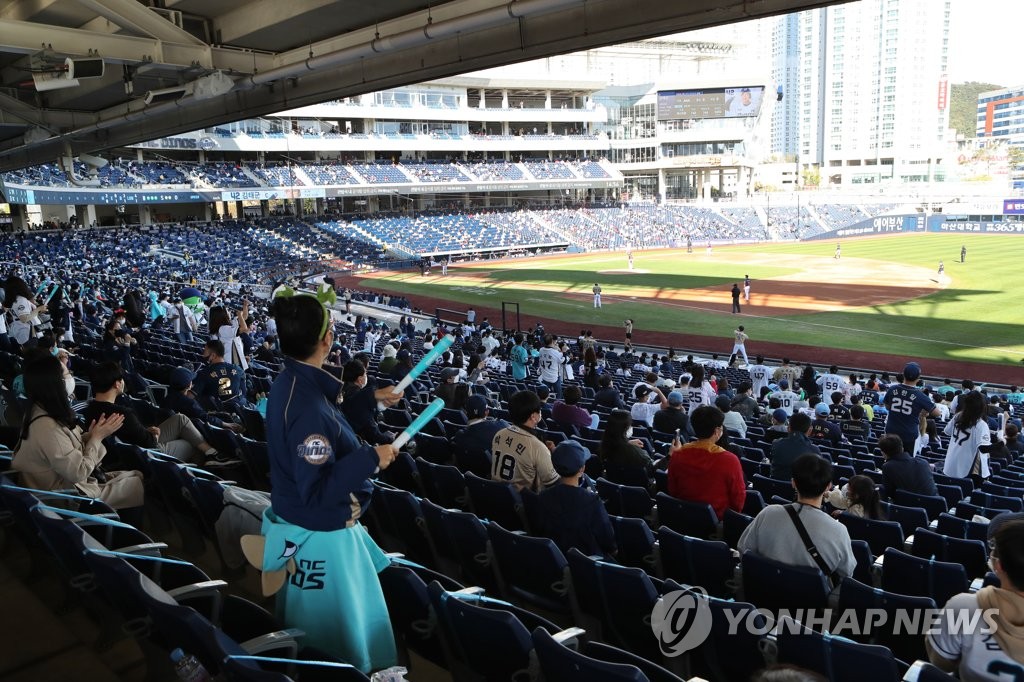 As has been the case all season, fans must wear masks at all times. The KBO said they must now wear masks officially approved by the Korea Disease Control and Prevention Agency (KDCA), meaning valve masks and mesh masks will not be permitted. Covering the mouth with scarves or other pieces of clothing will also be banned.

Unlike in the regular season, visiting teams will be allowed to have their own cheering squad on stage during the playoffs. But cheering activities as a whole will be scaled back. There will be restrictions on flag waving and fireworks.

In line with the regular season protocols, fans won't be allowed to engage in any singing or vocal cheering.

Mask-wearing is also mandatory for players and coaches, except for times when they're on the field. There will be no bubbly celebrations for the Korean Series champions, and all types of celebrations -- for playoff series winners and champions alike -- will be held on a moderate scale. Masks must stay on during those celebrations. 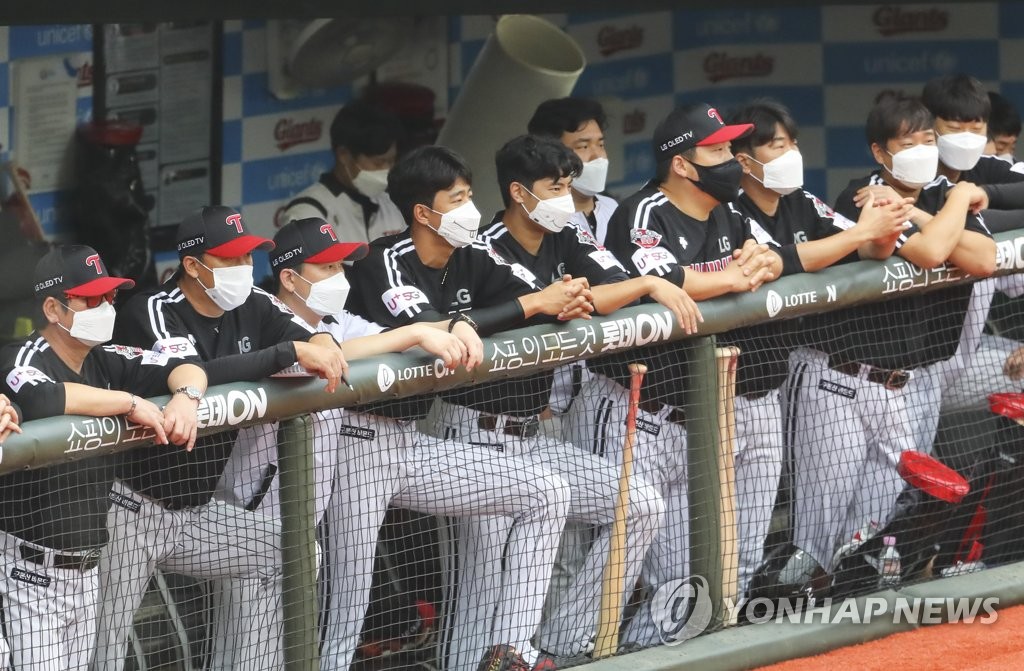 Even in case of positive COVID-19 tests involving players or other members of tams, the postseason will continue on. In addition to their usual, 30-man postseason roster, teams will be required to submit an emergency roster one day before the start of each series. If a player on the active roster tests positive for the virus, someone from that emergency squad can step in as a replacement. There is no limit on the size of the emergency roster, but all players must have postseason eligibility; they must have been on their team's regular season active roster by Aug. 15.