SEOUL, Oct. 29 (Yonhap) -- U.S. Ambassador to South Korea Harry Harris received honorary citizenship of Seoul on Thursday in recognition of his efforts to promote ties between the city and his country.

The city government said Harris has actively cooperated with municipal affairs since the beginning of his term in July 2018 and expanded friendly ties between Seoul and its sister and friendship cities in the United States.

The government cited two particular instances -- the opening of a garden at the ambassador's residence in 2019, which was planted with crops native to Korea and the U.S. and allowed nearby local students to experience urban farming, and the opening of the residence to tourists walking in the historic district of Jeongdong during night festivals over the past two years. 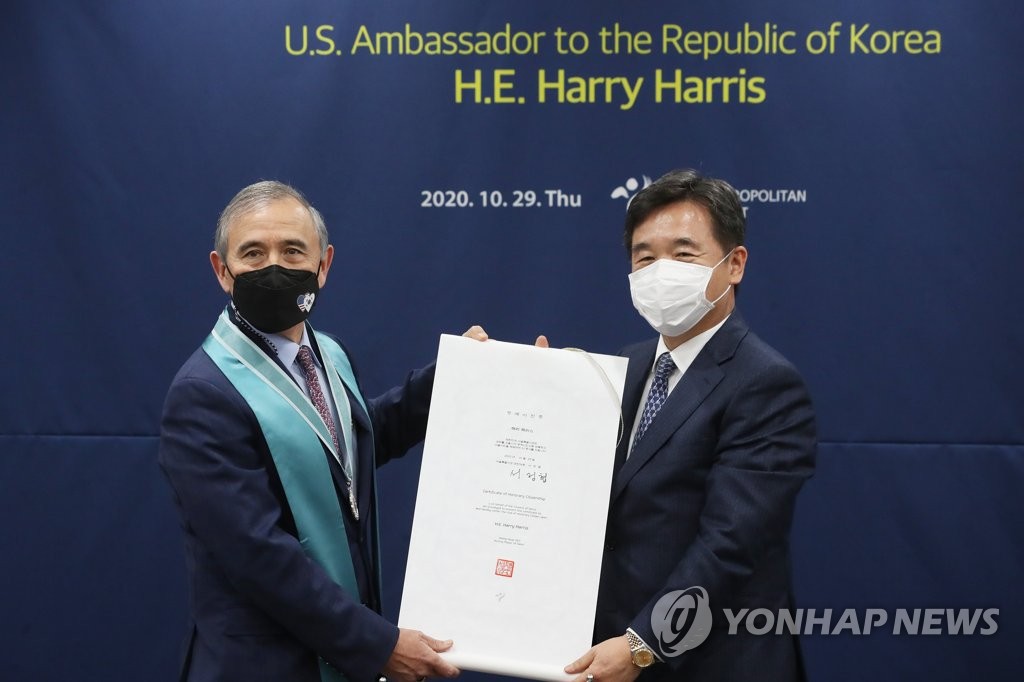