SEOUL, Oct. 29 (Yonhap) -- Police said Thursday they are investigating the death of a parcel delivery worker on duty earlier this week, which could be the latest in a recent string of deaths among couriers largely blamed on their heavy workload.

The man in his 50s, who worked for a subcontractor of Hanjin Express, one of the nation's major logistics firms, collapsed at a Hanjin hub terminal in Daejeon, some 160 kilometers south of Seoul, at 11:30 p.m. on Tuesday. He was sent to a nearby hospital but died, according to the Daejeon Metropolitan Police Agency. 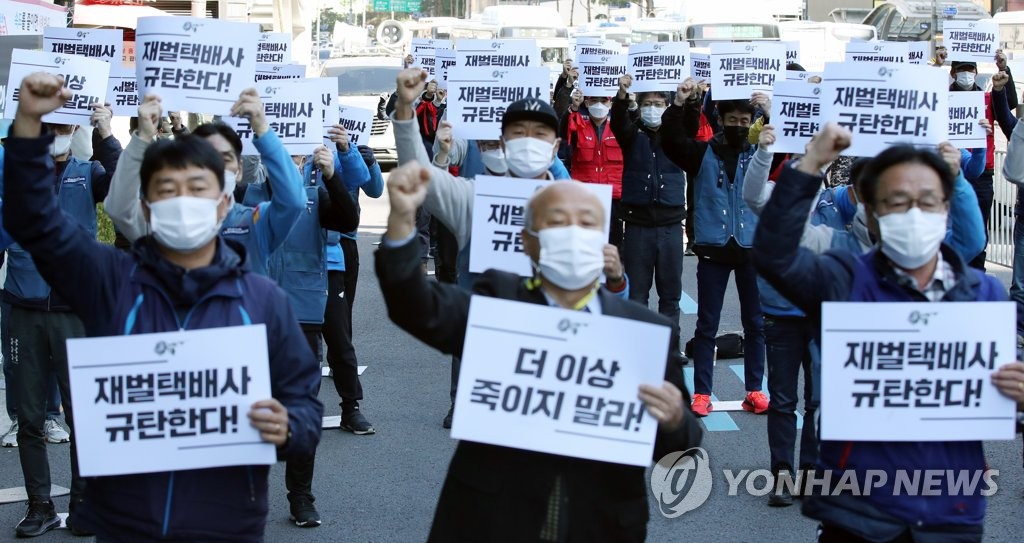 He was reportedly in charge of driving parcel trucks between Daejeon and the southeastern port city of Busan. The police said they are investigating the exact cause of his death based on the fact he had an underlying illness.

On Oct. 12, a 36-year-old delivery worker who belonged to a Seoul branch of Hanjin Express was found dead at home, with civic activists attributing his death to overwork.

This year alone, more than 10 parcel delivery workers have died in cases believed to be related to overwork, according to the activists, as the new coronavirus outbreak triggered a surge in online shopping and parcel volumes.

The progressive Jinbo Party's chapter in Daejeon issued a statement calling for a thorough investigation into the cause of the Daejeon worker's death.

"The deceased had complained of pain from overwork to his family, saying his job was too hard. The company is clearly responsible for the repeated deaths of (delivery) workers. We will take the lead in uncovering the truth and punishing those who are held accountable," the statement said. 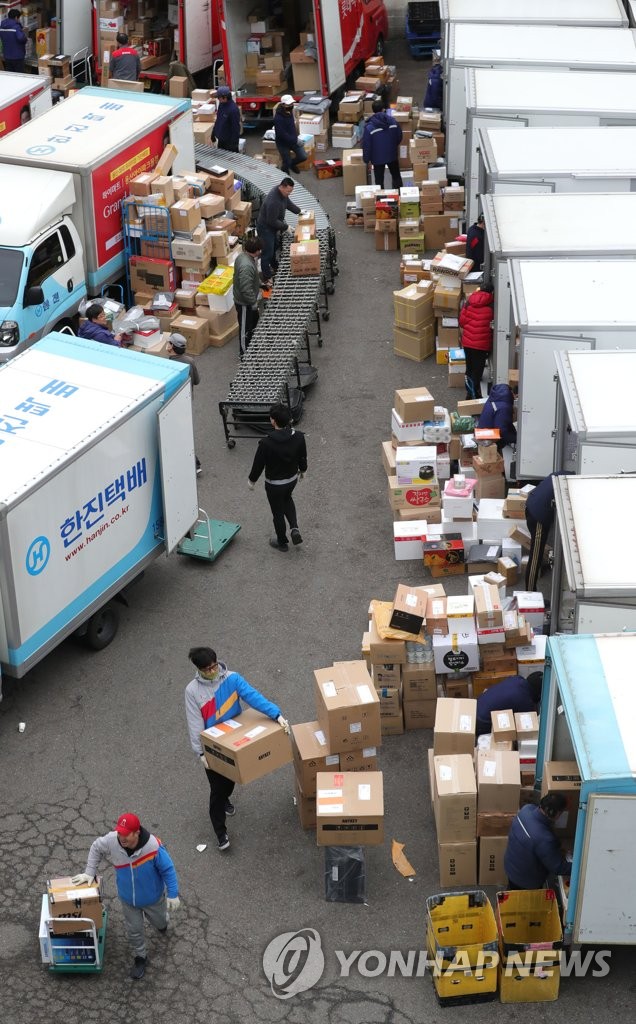