SEOUL, Oct. 30 (Yonhap) -- Samsung Electronics Co. climbed up to the second spot in the global tablet market in the third quarter of the year, a report showed Friday, as the South Korean tech giant saw robust sales growth of its Galaxy Tab devices.

Samsung's tablet shipments jumped 89.2 percent on-year to 9.4 million units in the July-September period for a 19.8 percent market share, according to market researcher International Data Corp. (IDC), edging Amazon.com Inc. to become the No. 2 tablet vendor in the world.

Samsung was ranked third in the global tablet market a year ago with a 13 percent market share.

"As demand for more mobile, portable computing solutions has increased, Samsung has focused on its Android detachable portfolio, which recorded solid growth in the quarter," IDC said. "Samsung also launched the Galaxy Tab S7+ in the third quarter of 2020, the first 5G tablet to be available worldwide, making it one of the first tablet vendors to adopt 5G." 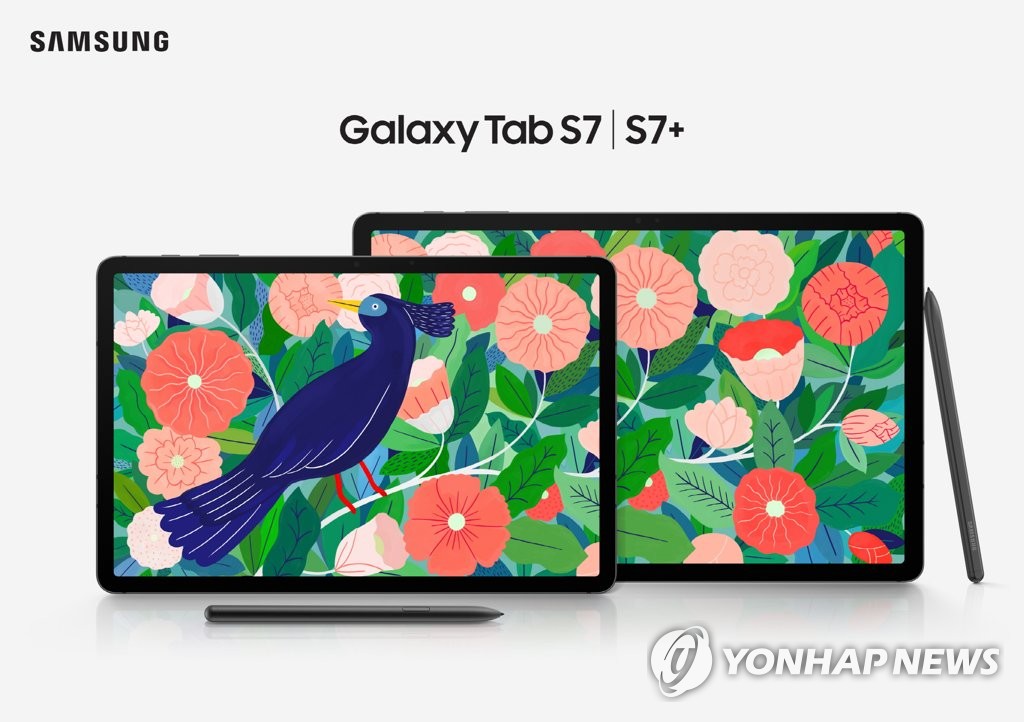 Apple Inc. once again topped the tablet market after shipping 13.9 million iPads in the third quarter, up 17.4 percent from a year ago, for a 29.2 percent market share.

Amazon.com came in third with an 11.4 percent market share after shipping 5.4 million tablets, down 1.2 percent from a year ago. The U.S. tech giant was the only major tablet vendor to suffer an on-year shipment decline.

The global tablet market grew 24.9 percent on-year to 47.6 million units in the third quarter, according to the IDC, due to the stay-at-home economy induced by the pandemic.