Citing the ongoing probe, Daewoo Shipbuilding & Marine Engineering Co., which is also vying for the 21 billion-won (US$17.6 million) project, filed for a court injunction against the project. In August, the Defense Acquisition Program Administration (DAPA) reviewed their basic design proposals and gave Hyundai higher scores.

"The Seoul Central District Court dismissed Daewoo's application on Tuesday, saying it is unclear if Hyundai uses the information that it allegedly illegally acquired," a DAPA official told reporters.

Following the ruling, the agency decided to continue the project and will officially announce a preferred bidder early next month to sign a contract within this year, the official added.

The agency plans to complete the design by the second half of 2023 and begin its construction in 2024.

"We will do our best to continue the project without a hitch in accordance with due procedures and regulations," a DAPA official said, vowing to take "appropriate steps, if necessary" after the court makes a ruling on the suspected officials. 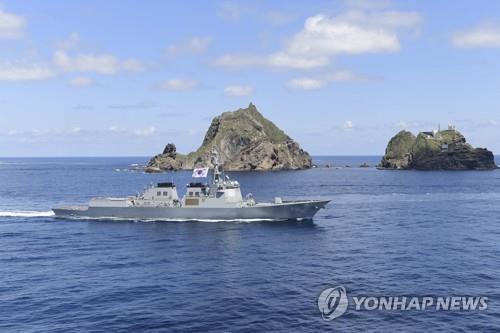