SEOUL, Oct. 30 (Yonhap) -- President Moon Jae-in said Friday the government plans to invest more than 20 trillion won (US$17.7 billion) in electric vehicles and other areas of green mobility by 2025.

The president announced the investment plan, part of the administration's ambitious Korean New Deal initiative, as he traveled to a manufacturing plant of Hyundai Motor Co. in the southeastern industrial city of Ulsan.

It was the latest in his ongoing series of tours of key sectors of the New Deal project.

"The government is moving fast toward the goal of becoming the No. 1 competitive nation in the future car industry by 2030. The next five years will serve as the golden time to lead the industry," Moon said. 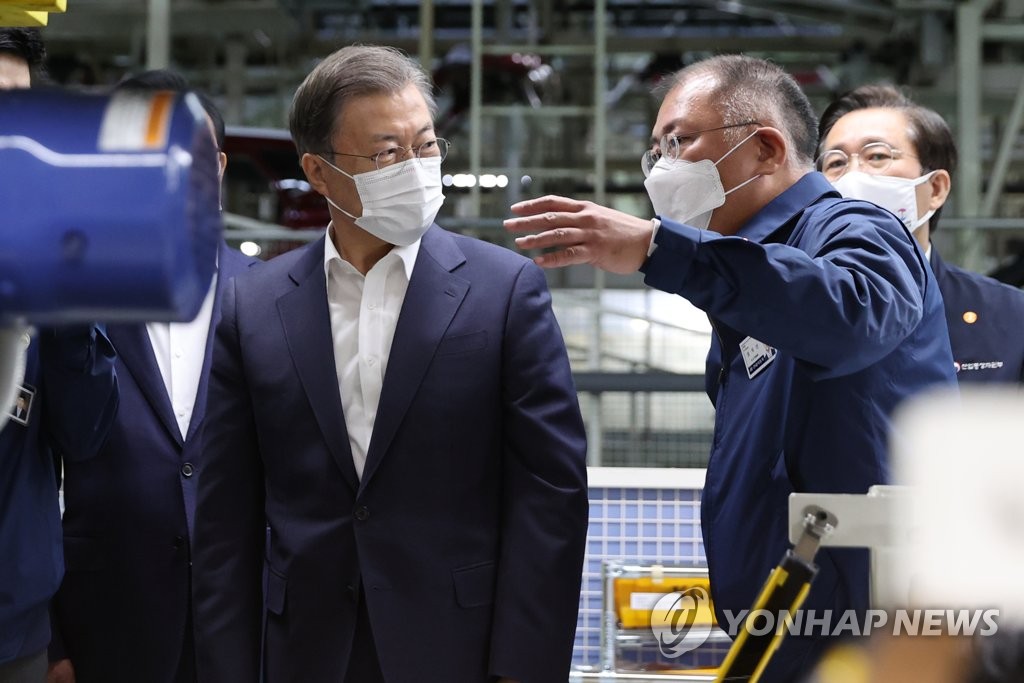 Moon shared the government's vision to supply 1.13 million electric vehicles and 200,000 hydrogen cars by 2025, while accelerating shipments of such vehicles to North America, Europe and China.

The president also pledged to nurture and develop the encompassing peripheral industry, including those of secondary battery and auto parts, into a next-generation growth sector with estimated annual sales worth 13 trillion won.

Moon also announced the government's plan to introduce the world's first fully commercialized level 4 autonomous vehicles, referring to cars that can fully run without the intervention of people, by 2027.

After arriving at the venue in Hyundai's Nexo hydrogen fuel cell car, Moon lauded the Korean automaker for making history by selling over 10,000 models of the hydrogen car on Friday.

He also praised the company' management and union for providing support to the local community hit hard by COVID-19.

"Not only is Hyundai's Ulsan plant the (industry) leader when it comes to innovation but it is also the No. 1 company in terms of overcoming the new coronavirus crisis and cooperation between the management and union, as well as future vision," Moon said. 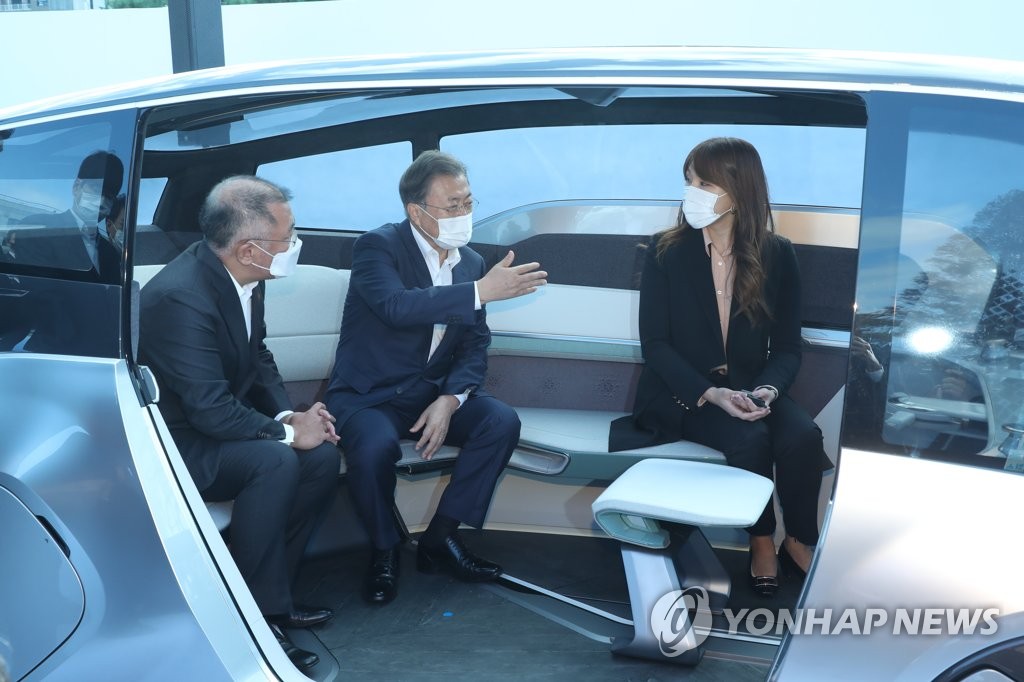