WASHINGTON, Nov. 3 (Yonhap) -- American voters began going to the polls Tuesday to decide who will lead their country for the next four years in one of the most contentious presidential elections in recent history and one that could turn out to be the most scandalous as well.

Voting began in the small town of Dixville Notch, New Hampshire, where its small population traditionally gathers at the turn of midnight to cast ballots, with the results often declared minutes afterward.

President Donald Trump, on the other hand, won 16 votes out of the 21 ballots cast in nearby Millsfield, New Hampshire, which also participates in the traditional early voting.

About 150 million, or 62 percent, of the roughly 240 million eligible American voters were expected to cast their ballots in Tuesday's election, marking the highest voter turnout since 1908, when the turnout rate stood at 65.7 percent.

More than 99 million voters have already cast their ballots -- nearly 64 million by mail and more than 35 million in early, in-person voting.

In a final pitch on Election Day, the Democratic candidate was canvassing through Pennsylvania from his hometown of Scranton to Philadelphia.

He also vowed efforts to rebuild his country.

"We just have to remember who we are," said Biden.

Pennsylvania is one of six battleground states that many believe may ultimately decide the presidential election.

The states include Arizona, Florida, Michigan, North Carolina and Wisconsin, which together with Pennsylvania hold 101 Electoral College votes.

Whoever wins a majority of the total 538 Electoral College votes will become the next U.S. president. Trump won all six battleground states in 2016.

He said he expects to do better this year. In 2016, he won 306 Electoral College votes despite losing the popular vote to Hillary Clinton.

"I think we will top it," Trump said in a telephone interview with U.S. cable network Fox News.

The president claimed he was winning Florida and Arizona "very big" while also doing "very well" in North Carolina and Pennsylvania.

"I think we have a very solid chance of winning," he said.

Trump, later visiting a Republican election campaign headquarters in Arlington, Virginia, said he expected to see the outcome of Tuesday's election later in the day, insisting the voters have the right to know the result on the day of election.

"We have a big night planned. We're going to have a very big night," said Trump. 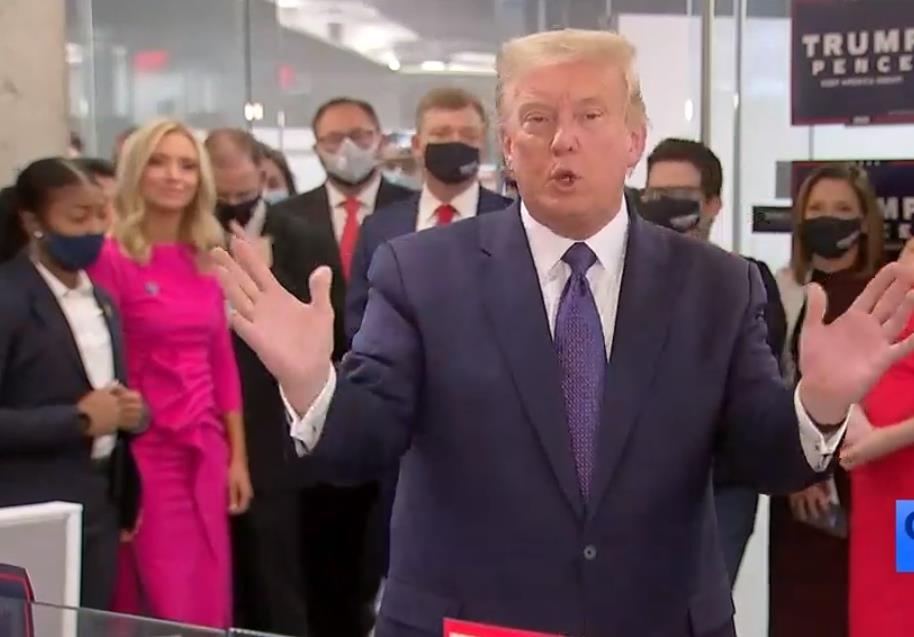 (LEAD) (US election) Americans vote for next U.S. president in one of most contentious elections

(LEAD) (US election) Americans vote for next U.S. president in one of most contentious elections