Vote counting was still in its early stages, but Biden was projected to have secured 215 electoral votes out of the total 538 so far against Trump's 165, according to CNN.

Biden said he felt good about "where we are" but insisted it was not his place nor that of Trump to declare who won the election, noting the results may take days to come out.

"It ain't over 'till it is over," said Biden, speaking to a group of supporters in Delaware. "We just have to be patient."

Trump had no immediate plans to address the nation about the outcome of the election, the White House said earlier. 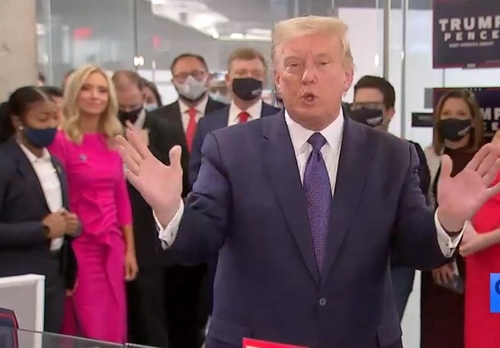