SEOUL, Nov. 1 (Yonhap) -- Hyundai Motor Co. sold over 380,000 units of its premium brand Genesis in overseas markets over the past five years since the brand launched in November 2015, industry sources said Sunday.

Sales of Genesis came to a combined 384,471 units in September this year, showing its steady sales in the global passenger car market, they said. 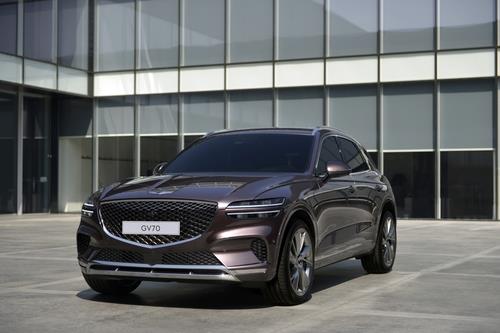 The current Genesis lineup is composed of the G70, G80 and G90 sedans and the GV80 SUV.

Among the Genesis lineup, the best-selling car in overseas and local markets was the G80 sedan over the past five years, with its combined domestic sales reaching 160,564 units and its combined overseas sales at 41,308 units.

Given the recent sales growth, sales of Genesis are likely to top the 400,000 mark down the road, the sources said.

Last Thursday, Hyundai Motor unveiled the design of the GV70 SUV under its independent Genesis brand, with the aim of launching it in the domestic market during the fourth quarter.

The GV70 SUV and an all-electric car will be added to the company's Genesis lineup by 2021.